In the latest development In the case of alleged malpractices in the recruitment of soldiers, two have been apprehended on Wednesday 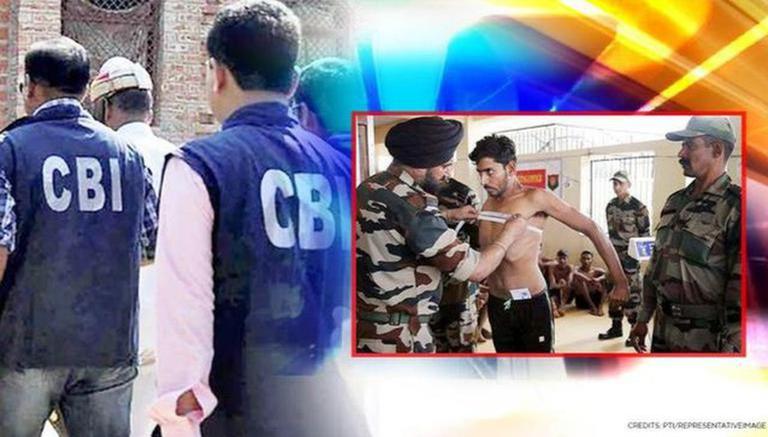 In the latest development In the case of alleged malpractices in the recruitment of soldiers, two have been apprehended on Wednesday. A tip-off about alleged malpractice in the recruitment of Multi-Tasking Assistants was received by the Central Bureau of Investigation, which along with the Indian Army's Southern Command, enquired into the indulgence of lower-level staff. Thereafter, two serving Army personnel were apprehended.

In February 2021, the Army Relation Recruitment Exam, which was to be conducted in Pune's BEG centre and 40 other locations across the country, had to be cancelled due to the leak. Based on a proactive joint operation with local police at Pune, the case of possible leakage of question paper for the Common Entrance Examination for Recruitment of Soldiers (General Duty) had come to light. In the case, so far seven people, including two Major rank officers, have been arrested in the case.

"The Indian Army reaffirms its resolve of zero tolerance towards corrupt practices and continues to extend full procedural support for an ongoing joint investigation of the question paper leak case of the Common Entrance Examination for recruitment of Soldiers (General Duty)," said a release from PRO (Defence) thereafter.

The PRO had then added, "The interest in the youth to join Armed forces needs no reiteration. The Army, therefore, continues to implement strict checks and balances to ensure a transparent recruitment process," the release said.

WE RECOMMEND
Drop a pin on Google Maps for CBI officer to know your location: Court to accused on bail
INX Media case: Delhi HC rejects CBI plea over document inspection by Chidambaram, others