A while later, Partha Chatterjee, who was given a health clearance by AIIMS Bhubaneshwar, was seen being rolled to the ESI on a wheelchair. 
Dramatic scenes were witnessed in West Bengal on Friday, which has been gripped by a political crisis following the Enforcement Directorate's (ED) sensational recoveries from the residence of top TMC Minister Partha Chatterjee's aide. After ED's double haul at Arpita Mukherjee's residence, the actor-model was brought to the ESI Hospital, Joka on Thursday afternoon for a medical.

Arriving for the medical, Arpita Mukherjee was seen falling over in the backseat of the car and wailing. When police officers helped her to step out, Mukherjee toppled off from the seat of the car to the ground.

A while later, Partha Chatterjee, who was given a health clearance by AIIMS Bhubaneshwar, was seen being rolled to the ESI on a wheelchair. "I am a victim of a conspiracy," Partha Chatterjee said while entering the hospital. 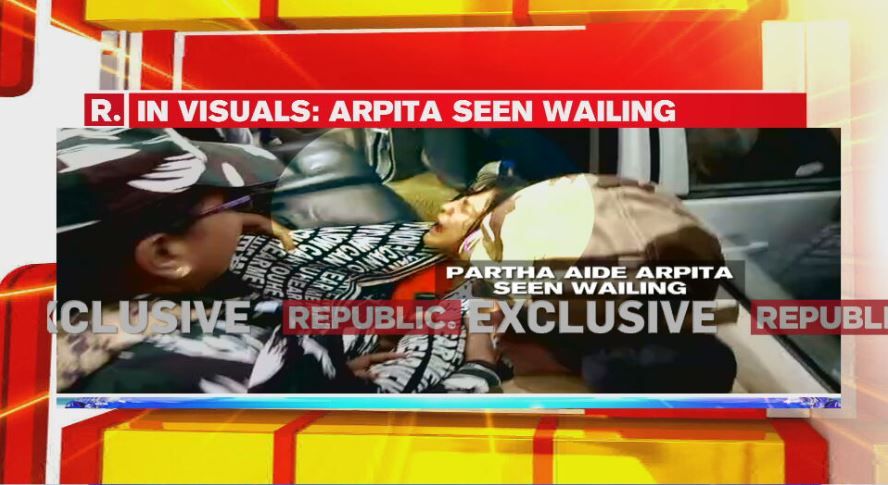 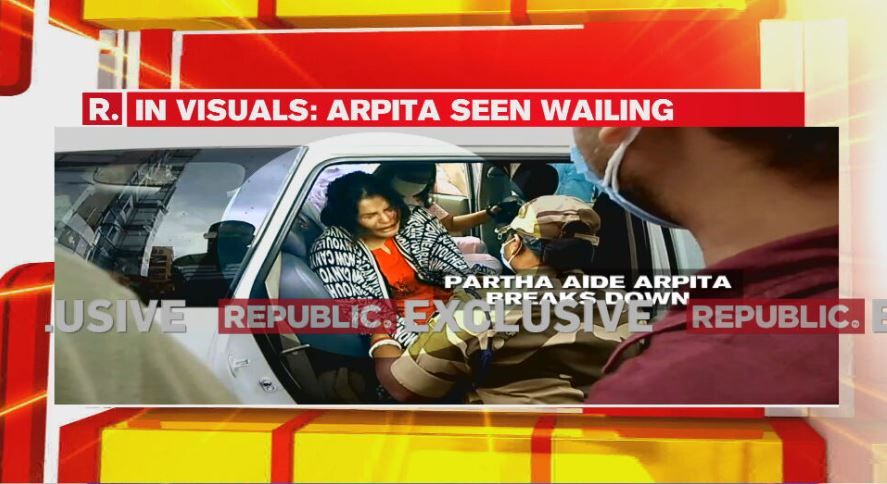 Meanwhile, Mukherjee's four luxury cars went missing from her Tollygunge flat amid the ED's crackdown. This comes against the backdrop of the wads and wads of cash recovered from two of her residences, along with a series of incriminating documents and a sensational 'black diary'. Sources believe that the luxury cars that have disappeared have been driven away with crucial documents and suspected proceeds of crime including black money. The ED was able to seize one car, while the other four are being tracked down.

So far, the ED has recovered cash to the tune of Rs 27.9 crores from her residence in addition to the Rs 21 crore cash that was seized last week from her flat in south Kolkata. Apart from cash, gold bars weighing 3 kg, gold jewellery, silver coins, and property deeds were also seized from the actor-model's homes as well as, a black diary that contained information pertaining to the names of illegal recruits who need to be included in the merit list of the SSC recruitment exam.

A special PMLA court in Kolkata on Monday extended the  ED remand of Partha Chatterjee and sent his aide Arpita Mukherjee to the investigation agency's custody till August 3.