Former Finance Minister and lawyer Arun Jaitley passed away on August 24 after being admitted to AIIMS in New Delhi on Friday, August 9, the hospital has announced in a statement. The senior BJP leader's unfortunate demise marks the end of a remarkable political career that witnessed him holding incredibly important positions at various levels, both in the government and outside. Arun Jaitley’s political career spanned multiple decades and tenures. Here's a timeline.

BJP's senior leader Arun Jaitley in 1976 campaigned all over the country after Congress was defeated in Lok Sabha 1977 elections for the first time. He was the national convener of the Loktantrik Yuva Morcha formed to campaign for the Janta Party.

Elaborating the early days of his political life, he said, "The 1977 General Elections inflicted a humiliating defeat on the Congress and for the first time, created the space for a credible opposition in the country, bringing an end to unilateralism in our polity. I took part in campaigning all over the country. I was the national convener of the Loktantrik Yuva Morcha formed to campaign for the Janta Party." 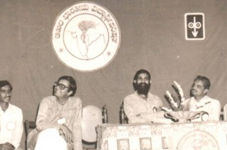 The former Union Minister joined the Bharatiya Janata Party (BJP) on January 10, 1980 after being a member of the ABVP. 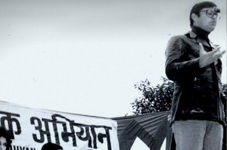 About a decade later, the professional lawyer was appointed as the Additional Solicitor General (ASG) of India in 1990 and was given the responsibility of the Bofors case.

Elaborating on the Bofors case, he said, "I was entrusted the Bofors case, which had shaken the collective conscience of the nation then. The Bofors investigation was very unique; as for the first time cross-border transactions were investigated on a large scale." 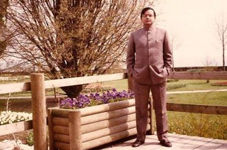 A year later, Jaitley became the member of the National Executive of the BJP.

In the Atal Bihari Vajpayee government, Jaitley was elevated as the Cabinet Minister for Law, Justice and Company Affairs. Additionally, in the following year he was handling the Ministry of Shipping. Speaking about which, Jaitley had said that he emphasised on the modernisation of the Ports. He said, "I paid special attention to modernization of Ports by upgrading berths and introducing new berths so as to improve the efficiency by reducing the turnaround time." 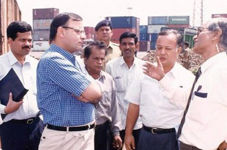 In 2002, Jaitley was appointed as the General Secretary of the BJP under the former PM Atal Bihari Vajpayee.

In 2006, the senior leader was re-elected to the Rajya Sabha from Gujarat.

When the Congress party was in power, as an Opposition leader Jaitley emphasised on the efforts to position BJP as the party that played a pro-active role in the democracy, by keeping the former PM Dr Manmohan Singh-led UPA government in check.

He said, "As Leader of Opposition, I have focused on the efforts to position BJP as a party which plays a pro-active role in the democratic functioning of the country. Thus, all steps have been taken to expose deficit of governance; be it various corruption scandals such as the 2G spectrum scam, the Common Wealth Games scam, the Antrix-Devas deal, or the failure on the economic front to rein in spiraling inflation and to push for a stable environment conducive for investments and growth. The Party played a very constructive role while passing the historic Women's Reservation Bill in Rajya Sabha. Similarly, the Party kept the government under scrutiny while passing the Indo-US Nuclear Deal. The Party supported the Anna Hazare movement for bringing in a strong and effective Lok Pal and successfully resisted the passing in the Rajya Sabha of a weak bill passed by Lok Sabha." 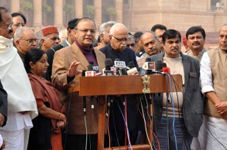 Jaitley was re-elected to the Rajya Sabha for a fresh term from Gujarat on April 3, 2012 and accorded as the leader of Opposition.

In Prime Minister Modi first tenure, the BJP senior was incharge of various crucial portfolios including Ministry of Finance, Ministry of Defence and Ministry of Corporate Affairs. 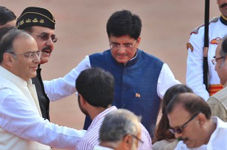 In 2018 Uttar Pradesh elections, Arun Jaitley was re-elected to the Rajya Sabha from the Hindi heartland.

In 2019, the BJP stalwart opted out for the new PM Modi Cabinet citing health reasons. In his letter to PM Modi, he had mentioned that despite stepping out from formal duties, he would "undertake any work to informally support the government or the party."

(All image credit goes to www.arunjaitley.com)