Aryan Khan, Others Arrested By NCB: All We Know About Mumbai Cruise Drug Bust Case

Aryan Khan and others were arrested by NCB following the raid at a high-profile drug party aboard Cordelia cruise off the Mumbai coast on Saturday night. 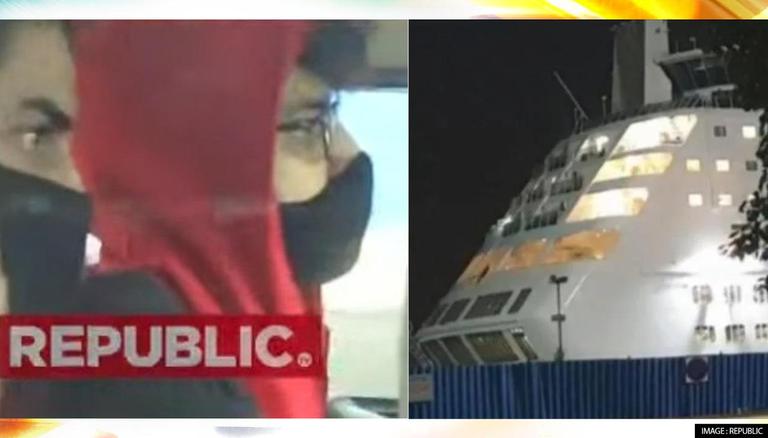 
Bollywood actor Shah Rukh Khan's son Aryan Khan has been arrested by the NCB in the Mumbai cruise drug bust case. Other seven detained in the case have also been placed under arrest by the agency after 15-hour-long interrogation. They have been booked under section 27 of the NDPS (NDPS) Act.

Aryan Khan and others were detained by NCB following the raid at a high-profile drug party aboard Cordelia cruise off the Mumbai coast on Saturday night. The detainees were brought to the Mumbai office of NCB following which they were arrested after interrogation.

Mumbai Cruise Drug Bust: Here's what we know so far

WE RECOMMEND
Aryan Khan's 'serious' picture finds an uncanny resemblance to SRK
Netizens are blown away by Aryan Khan's jawline in these latest 'Narcos' pictures from France, Take a look
Aryan Khan, two others arrested: Here are the charges they may face
Shah Rukh Khan's son Aryan Khan detained with 7 others in drug case, arrest procedure next
After Taliban's takeover, piano and other musical instruments destroyed in Afghanistan