Rashtriya Janata Dal (RJD) supporters burst firecrackers and distributed sweets to celebrate the marriage of party leader and former deputy chief minister Tejashwi Yadav on Thursday. The Leader of Opposition in the Bihar assembly tied the knot with his childhood friend Rachel in a low-key ceremony in New Delhi.

RJD supporters in Patna were seen bursting crackers and dancing together to celebrate Tejashwi Yadav's wedding.

"Tejashwi has shown the way of simplicity to the youths of the state by keeping his marriage a low-key affair one", said Jagdanand Singh, state president of RJD.

In the pictures of the intimate ceremony that took place at Delhi's Sainik Farms, a Sherwani-clad Tejashwi can be seen posing against a shimmery background alongside Rachel, who is wearing a bright red lehenga. 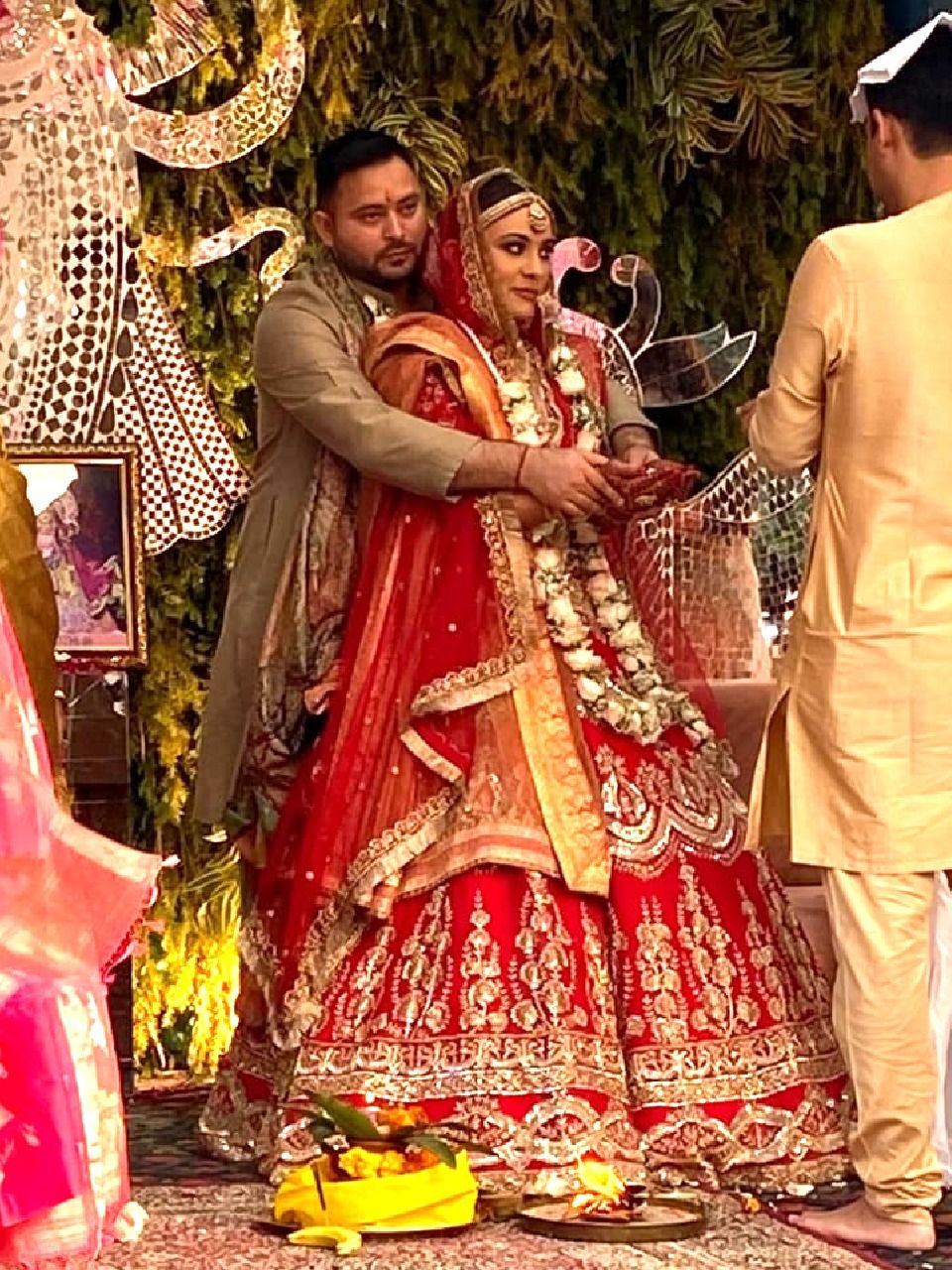 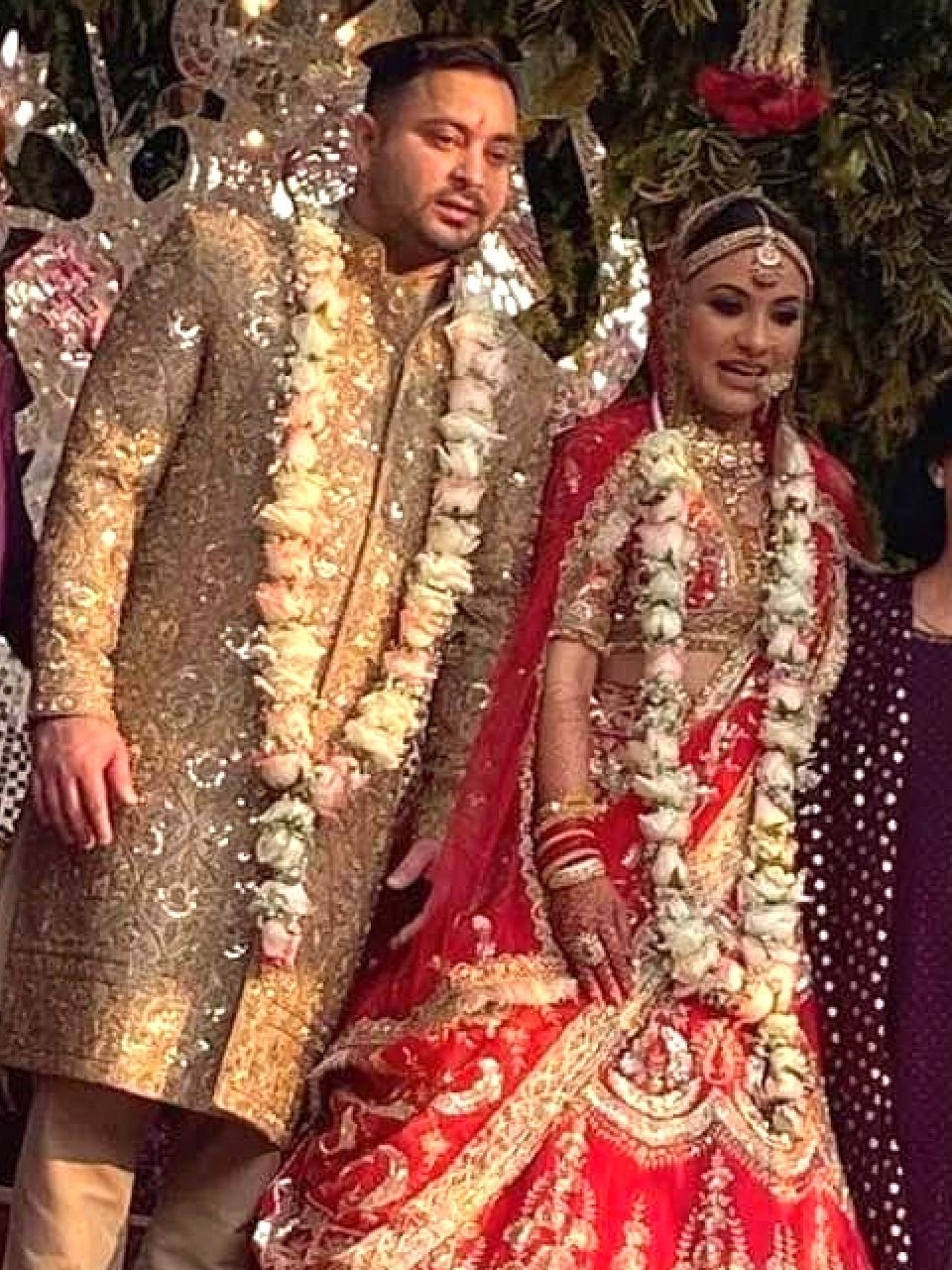 Tejashwi's father and RJD supremo Lalu Yadav can be seen in the family pictures, which also feature Tejashwi's mother Rabri Devi. His sisters including Misa Bharti feature in the pictures of the ceremony as well, but one centre of attraction besides the couple is Tejashwi's brother Tej Pratap, keeping in mind the tumultuous relationship they have had in the recent past. 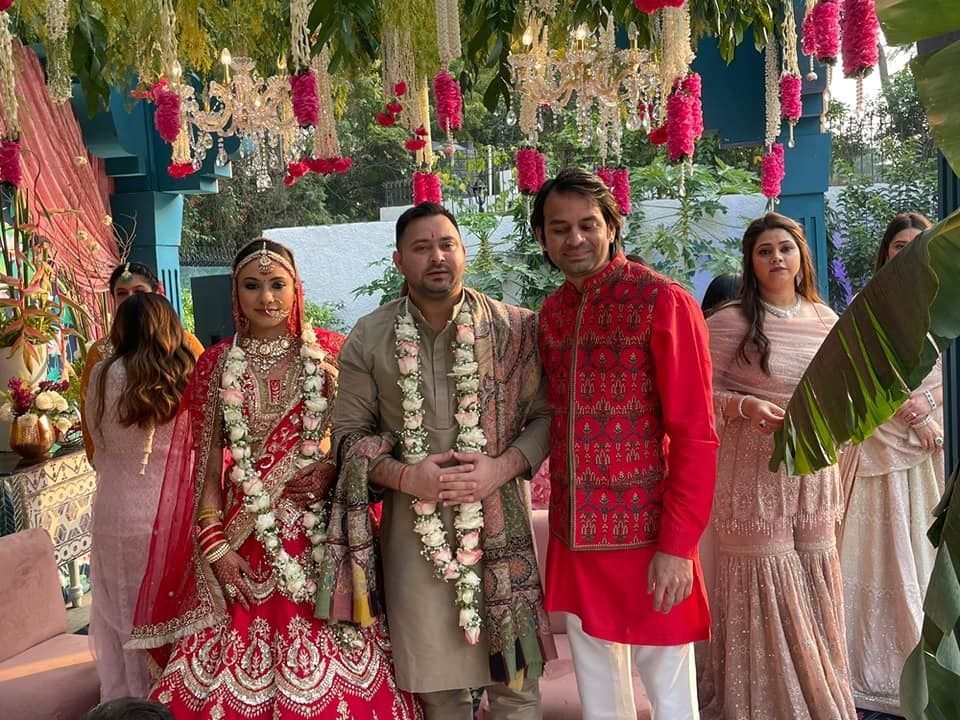 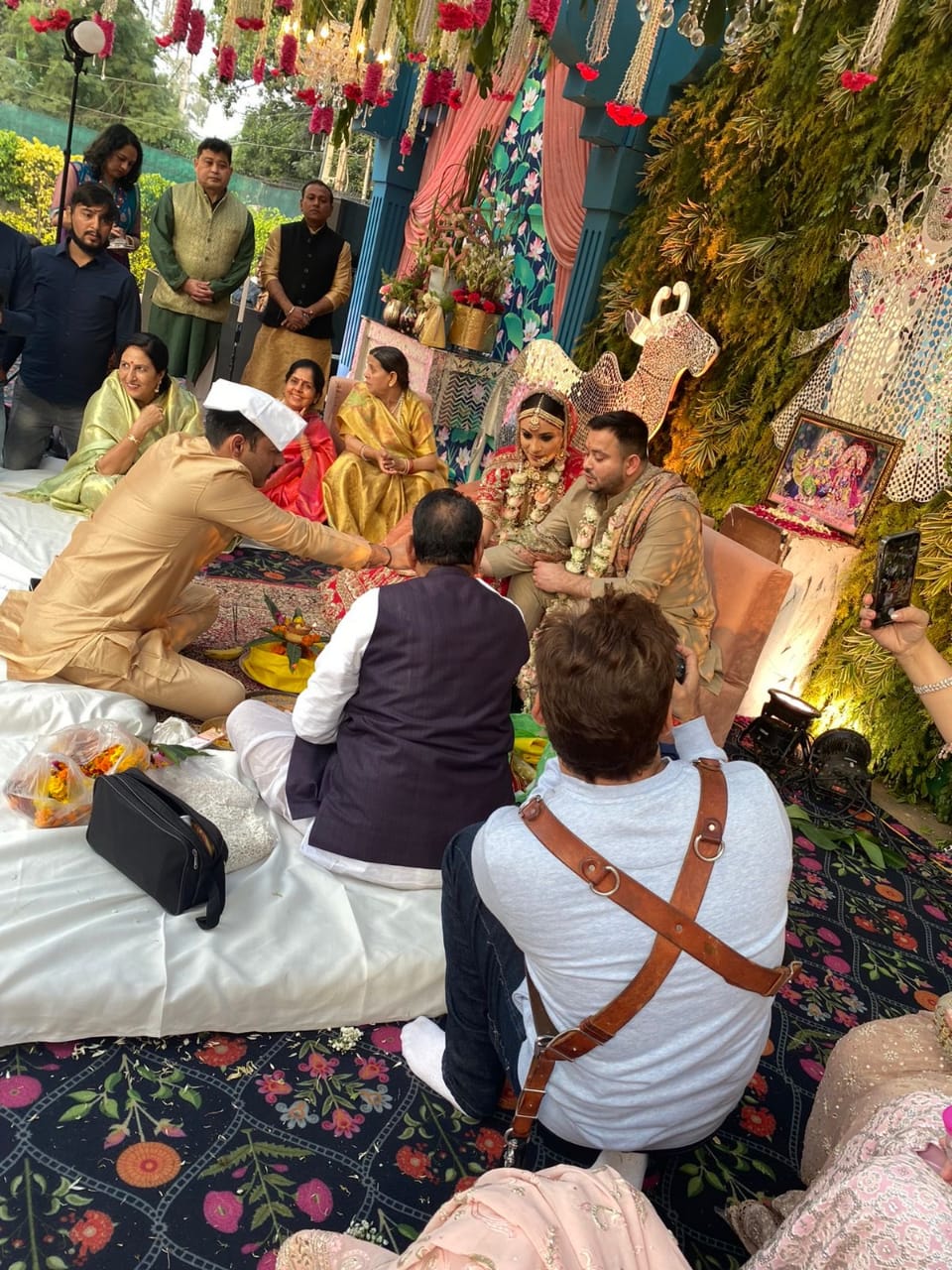 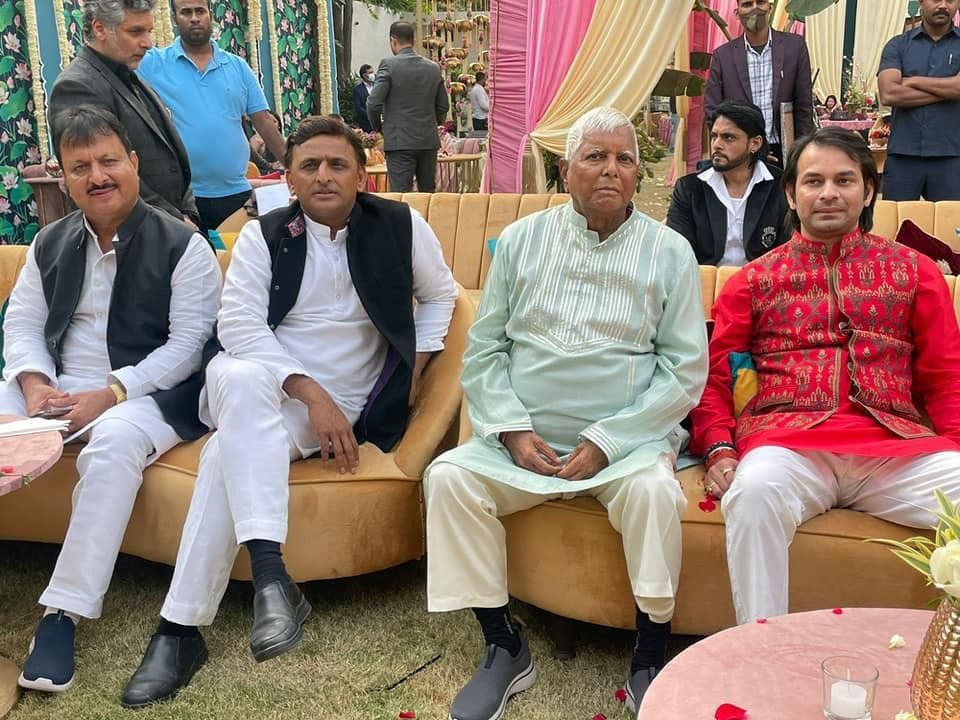 The wedding comes at a time when there is a dispute going on in the Yadav family between Tej Pratap and Tejashwi, though it remains to be seen whether the happy occasion of the wedding will paper over some of the cracks. RJD patriarch Lalu Yadav has, however, been more visible in the political sphere since his being let out on parole post a few years in jail in the fodder scam cases in which he has been convicted.

WE RECOMMEND
Move over Vicky & Katrina, Tejashwi & Rachel are here to steal your wedding thunder