The war of words between BJP and AAP has been going on since the DDMA, last week passed directions allowing Chhath Puja at designated places, excluding Yamuna. 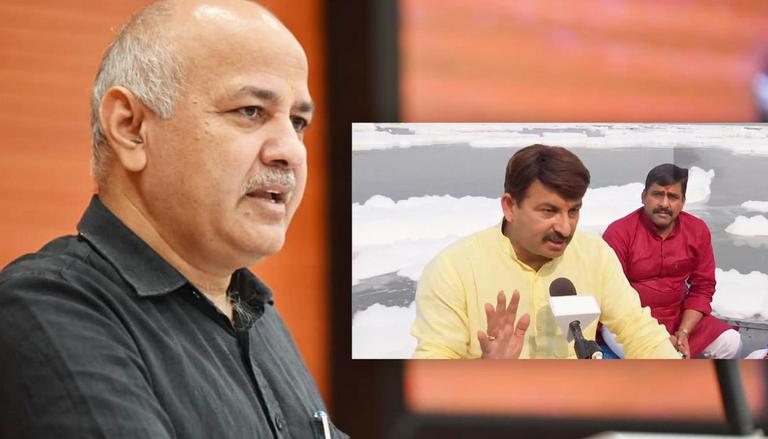 
After taking a boat ride in the toxic foam-covered Yamuna ahead of the Chhath Puja, Bharatiya Janata Party MLA Manoj Tiwari on Monday said that his 'heart was broken'. Attacking the Aam Aadmi Party-led Delhi government, Manoj Tiwari said that banning festivities for Chhath Puja was actually an attempt by CM Arvind Kejriwal and Deputy CM Manish Sisodia to sweep under the carpet the deplorable situation of the River Yamuna.

"They (APP cabinet members) tried their best to hide the condition of Yamuna from the public glare. First, they imposed a blanket ban on the celebration of Chhath. When we came on the streets to protest against the ban, they uplifted the ban. They allowed the Chhath Puja but added this one clause that the festivities won't take place in or around the Yamuna, " said Manoj Tiwari.

AAP hits back at BJP

Moments thereafter, the AAP-led Delhi government held a press briefing in which it hit out at the BJP. Deputy CM Manish Sisodia reiterated that Chhath will be celebrated on a very large scale in the national capital, contrary to what was being portrayed by the BJP. Manish Sisodia said, "Till 2015... only 80-90 ghats were arranged...and even those were run by BJP and Congress workers. This time, Delhi government, which is the government of the people, has organized ghats where all, irrespective of whether they are party workers or not, will be able to celebrate."

"Today, in every nook and corner, as many as 800 ghats have been made where the Chhath festivities will take place. Not just that, the Delhi government has also provided funds to set up tents, arrange for microphones. No state has ever organized this kind of celebration as Delhi has, and we are extremely proud of it," the Deputy CM added, underlining that Delhi belongs to all.

The war of words between BJP and AAP has been going on since the DDMA, which is headed by L-G Anil Baijal, last week passed directions allowing the public celebration of Chhath Pooja at designated areas, which exclude any site on the banks of the Yamuna. In recent pictures of Yamuna, toxic foam can be seen floating on the banks of the river.