In Assam, the eight arrested persons having links with AQIS & ABT were produced before the Chief Judicial Magistrate court in Barpeta & sent to 9-day custody. 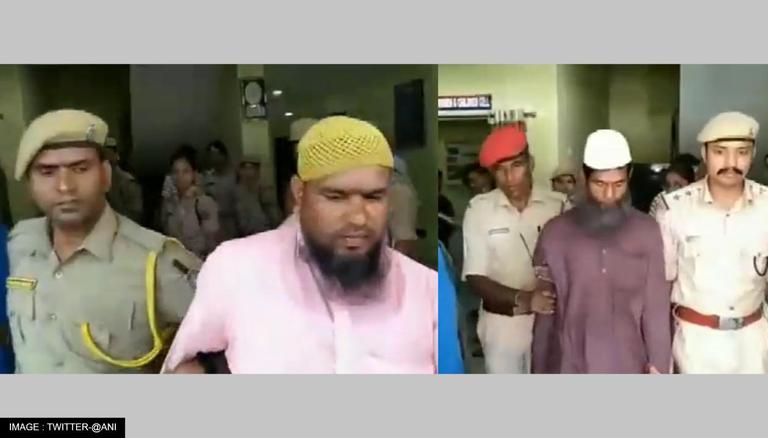 
In a key development, eight arrested accused who had links with global terror outfits, including Al-Qaeda in Indian sub-continent (AQIS) and Bangladesh-based Ansarullah Bangla Team (ABT), were produced before a Chief Judicial Magistrate court in Barpeta by the Assam police. Barpeta SP Amitava Sinha informed that the court has sent all accused to 9-day police custody.

On July 28, the Assam Police in a major crackdown nabbed 11 people in connection with having links with terror outfits Al-Qaeda in India Subcontinent (AQIS) and Ansarullah Bangla (ABT). Following the arrests, several electronic devices and incriminating documents were also seized from their possession. As informed by GP Singh, Special DGP Law and Order, Border, Director V&AC, Assam, the people were detained from different locations across the state including Morigaon, Barpeta, Guwahati, and Goalpara districts.

"They're connected to Islamic fundamentalism having linkages with global terror outfits AQIS and ABT. Further action is being taken as per law," she added.

Assam CM Himanta Biswa Sarma said that the detained people have been interrogated and their statements have been recorded. Divulging more details about the same, the Assam CM said that crucial information was gathered from the Bengaluru Police who informed how the accused got funds from Bangladesh and further also provided details about their bank statements.

In addition to this, coming down hard on the "Jihadi modules" in the state, CM Sarma said that a lot of information is expected from these arrests.

"We have caught two Jihadi modules in Barpeta and Morigaon districts of Assam and arrested all the people involved with Jihadi modules. This coordinated action along with the national police agencies, was a coordinated effort and we will get a lot more information from these arrests," he had said.