Chief Minister Himanta Sarma has requested people to avoid sensitive posts on social media that could spread communal tensions as Assam is a 'sensitive state'. 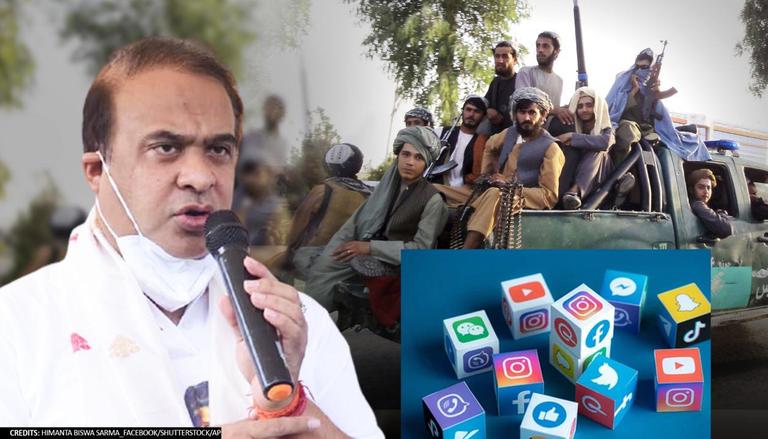 
Assam Chief Minister Himanta Biswa Sarma on Tuesday, August 24, has requested the people to avoid social media posts that could fuel communal tension in the state. He further informed that some people, who ignored the rule, were arrested by the Assam Police.

Addressing the media, the CM said, "Assam is a very sensitive state so we requested people to avoid sensitive posts on social media that could spread communal tensions. Some people did not listen to us so we arrested them."

On Saturday, August 21, fourteen people were arrested from across Assam for alleged social media posts supporting the Taliban takeover of Afghanistan. Referring to the arrests, CM Himanta Biswa said, "I am happy that even Assam's Muslim community has supported these arrests. Many people are on the watchlist. We have counselled some people and they have deleted their posts. We have only arrested those who showed violent intent in their posts."

A senior police officer informed that since Friday night (August 20) several have been booked under different sections of the Unlawful Activities (Prevention) Act, IT Act, and CrPC. The officer had said, "We were on alert and monitoring social media for inflammatory posts." The police further informed that two people each from Kamrup Metropolitan, Barpeta, Dhubri, and Karimganj districts, were arrested. And one person each was arrested from Darrang, Cachar, Hailakandi, South Salmara, Goalpara, and Hojai districts.

Deputy Inspector General Violet Baruah had said the Assam Police is taking stern legal action against pro-Taliban comments on social media that are harmful to national security. She had tweeted, "We're registering criminal cases against such persons. Please inform the police if any such thing comes to your notice."

Earlier this week, Facebook confirmed that it will continue to ban Taliban content from its platforms as it considers the group to be a terrorist organization. The company has a dedicated team of Afghan experts to monitor and remove content linked to the group.

A Facebook spokesperson told BBC, "The Taliban is sanctioned as a terrorist organization under US law and we have banned them from our services under our Dangerous Organisation policies. This means we remove accounts maintained by or on behalf of the Taliban and prohibit praise, support, and representation of them."