"My father-in-law was too weak to even stand up. My husband was away at work in Siliguri, so I had no choice but to carry him on my back,'' Niharika said 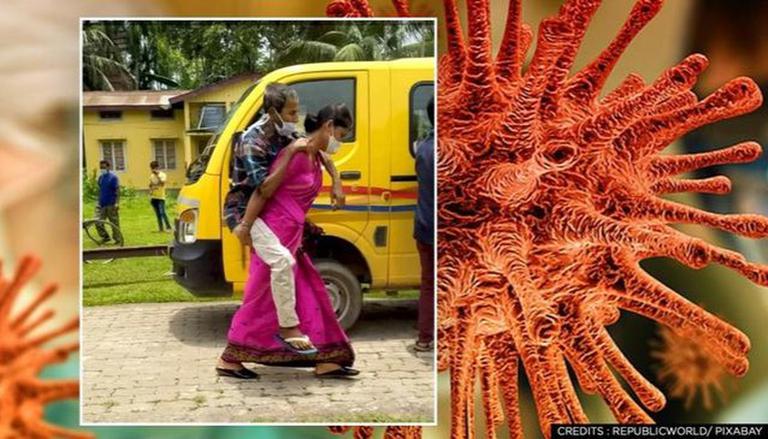 
In an amazing display of zeal, Niharika Das a young woman from Assam's Nagaon’s Raha carried her COVID positive father-in-law on her back to the hospital. This picture of a 24-year-old was celebrated on Twitter last week after her inspiring act went viral. As the woman was praised on social media, the 24-year-old said that she hopes no one is put in such a situation. 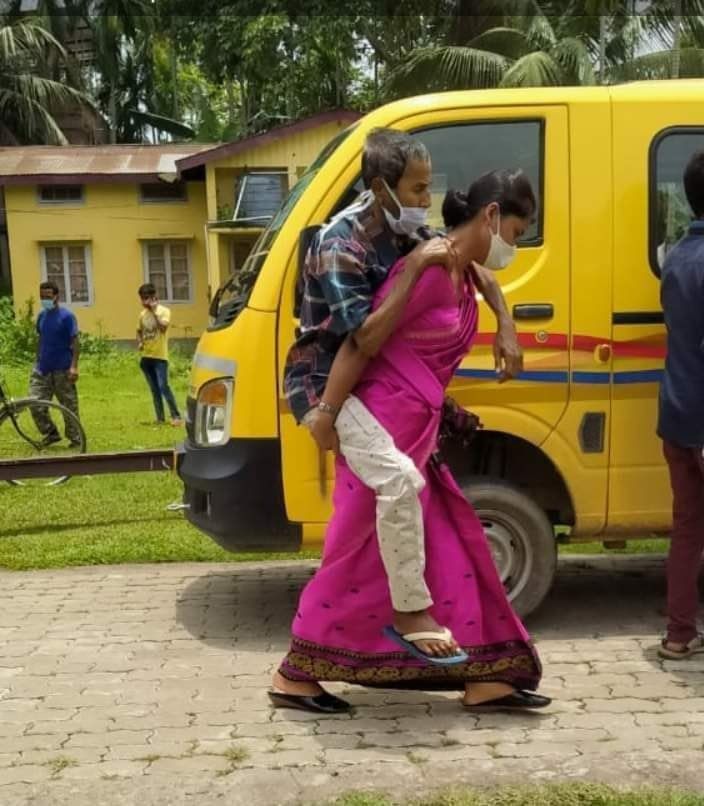 On June 2, Niharika’s 75-year-old father-in-law, Thuleshwar Das, a betel nut seller in Bhatigaon village in Raha, started showing symptoms of COVID-19. After that, the daughter-in-law  arranged an auto-rickshaw to take them to the nearest community health centre in Raha town 2 km away. But as the road was very steep and narrow, the woman had to carry her father-in-law till the auto.

She reportedly said, "My father-in-law was too weak to even stand up. My husband was away at work in Siliguri, so I had no choice but to carry him on my back and take him to the vehicle parked at a distance,” said Niharika, who has a six-year-old son. She said that the road leading up to her house was not motorable, so the auto could not reach their doorstep.

READ | COVID-19: FDA denial of emergency use of Covaxin has 'no impact' on India, says Centre

As she reached the community health centre, her father-in-law tested COVID positive and the authorities asked her to take him to a COVID hospital which was 21 km away. Niharika explains she had to again call for another private vehicle as there was no ambulance or stretcher available and had to carry him to the car again. People stared but no one offered to help. It took a lot of strength — physically and mentally to carry him as he was almost unconscious, she added.

After the post went viral, people were impressed by her selfless act and lauded terming it as inspiration for women. While some people highlighted the poor medical infrastructure of the city.

Wow !! This is something very unique.. nice 👍

wow great people should learn from this

Niharika Das has set an example of templating ideal nurturing her father-in-law at this trying times despite suffering from covid..It shd be a model for all daughters regardless being considered as daughter-in-law..I do salute Niharika Das n wish both of them a prompt recovery..

Good deed but it's sad to see that Raha has no reliable ambulance service hope our honorable health Minister looks into the matter.

We still have a long way to go in terms of medical infrastructure.