Director of Public Health and Family Welfare, Telangana, Dr G Srinivasa Rao informed on Thursday that AstraZeneca and Sputnik V have given a positive response 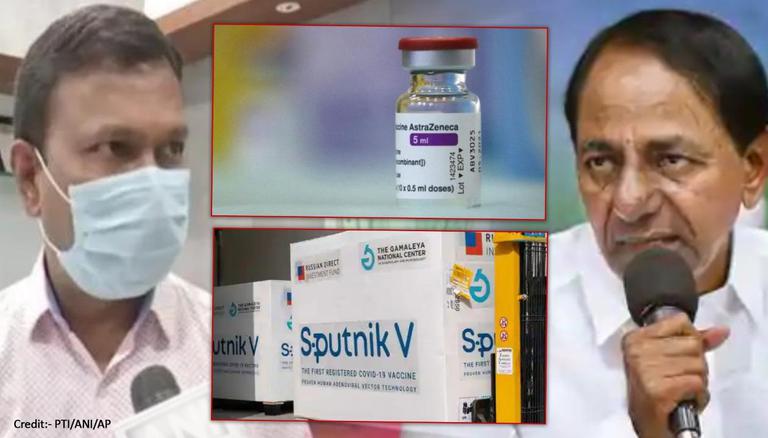 
After the Telangana Government's call for global tenders to meet the demand for COVID-19 vaccines, Director of Public Health and Family Welfare, Telangana, Dr G Srinivasa Rao informed on Thursday that AstraZeneca and Sputnik V have given a positive response, following which negotiations are being held.

He also said that after the proper implementation of lockdown in Telangana, the number of COVID-19 cases in the state has come down with a reduction in the number of positive cases and a rise in the recovery rate with each passing day. Lockdown was implemented by the state government from May 12 and till May 30.

As per an ANI report, Dr Rao said that the fever surveillance and door-to-door surveillance which are helping in identifying the people with symptoms have yielded the state a good result in terms of controlling the pandemic situation and mentioned that several private hospitals in the state have been given show cause notices after complaints against them over excessive billing were received.

Telangana on Thursday reported 3,614 new COVID-19 cases, taking the tally to over 5.67 lakh, while the toll stood at 3207 with 18 more casualties, a government bulletin said. Greater Hyderabad Municipal Corporation (GHMC) accounted for the most number of cases with 504, followed by Nalgonda (229) and Khammam (228), the bulletin said.

The state has 38,267 active cases and over 90,000 samples were tested. The total number of cumulative cases in the state stood at5,67,517 while with3,961being cured, the total recoveries were at5,26,043. Cumulatively, over 1.48 crore samples have been tested. The samples tested per million population was over 3.98 lakh, the bulletin said. The case fatality and recovery rates in the state were 0.56 per cent and 92.69 per cent, respectively.