The developments came after AIMIM leader Akbaruddin Owaisi’s visit to the Aurangzeb tomb earlier this month following which it has been closed for 5 days. 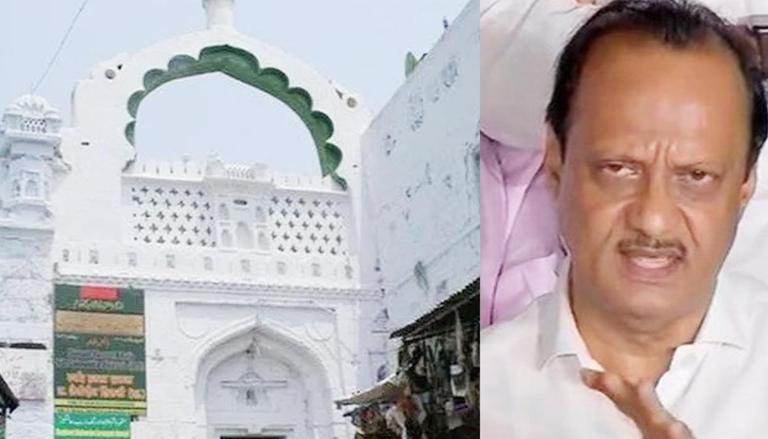 
The row surrounding the Mughal emperor Aurangzeb's tomb in Maharashtra has now taken a new turn as the  Archaeological Survey of India (ASI) has decided to shut down the tomb for the next five days starting from Thursday. Speaking on the same, Maharashtra deputy chief minister Ajit Pawar said that the tomb has been closed for ensuring that the law and order situation is not affected in view of the recent developments.

The tomb of Mughal emperor Aurangzeb will remain closed for 5 days to ensure that the law and order situation in the state does not get affected: Maharashtra Deputy CM Ajit Pawar pic.twitter.com/rSFn2Jfzh9

Notably, this came shortly after the Maharashtra government had ordered the deployment of additional security outside the tomb in Aurangabad following the Maharashtra Navnirman Sena's threat to destroy it. Concerning this, around half a dozen police personnel were deployed outside the spot on Tuesday.

Speaking about the threat over the tomb, MNS spokesperson Gajanan Kale in a recent tweet had raised questions over the existence of the tomb further adding that it should be destroyed. Tweeting in Marathi, he said, "What is the need to have the tomb of Aurangzeb in Shivaji's land? Destroy the tomb and then the descendants of Aurangzeb will not be able to come to bow their heads over here".

Following his tweets, a mosque committee reached the spot and tried to lock the monument which is under the protection of the ASI further prompting the ASI to deploy additional security.

Speaking on the same, ASI’s Aurangabad circle superintendent Milan Kumar Chauley told PTI, “Earlier, the mosque committee tried to lock the place, but we opened it. On Wednesday, we took a decision to shut the tomb for the next five days.”

“We will review the situation and then decide to open it or to keep it closed for another five days,” he added.

The developments came in view of the AIMIM leader Akbaruddin Owaisi’s visit to the tomb earlier this month following which he was criticised by the ruling Shiv Sena as well as the Raj Thackeray-led Maharashtra Navnirman Sena (MNS).

Days after his visit, NCP chief Sharad Pawar had also raised concerns over it stating whether such acts were aimed at creating a new controversy in the state.

On the other hand, Agra mayor Naveen Jain has further escalated the matter and appealed to all mayors in the capacity of the national president of the mayor's council to remove the plaques of Aurangzeb from all places. Speaking to ANI, the mayor said, "Aurangzeb was a cruel ruler who destroyed Hindu temples and also compelled the people of the Hindu community to convert to Islam. There should not be any place for Aurangzeb in India," Jain said.