Along with Scindia, SpiceJet CMD Ajay Singh and Boeing India President Salil Gupte were also present on the special flight on Tuesday. 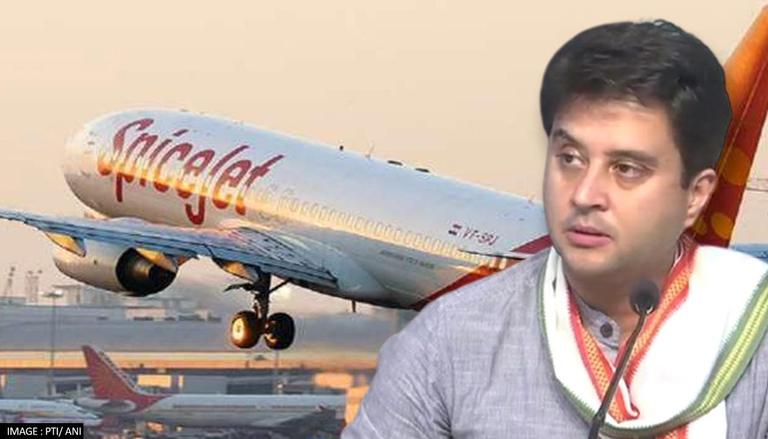 
Civil Aviation Minister Jyotiraditya Scindia on Tuesday flew on SpiceJet's special flight between Delhi and Gwalior using Boeing's 737 Max plane that has been allowed to return to service after two and half years.

All Max planes were grounded in India by the Directorate General of Civil Aviation (DGCA) on March 13, 2019, three days after the crash of an Ethiopian Airlines 737 Max plane near Addis Ababa, which had left 157 people, including four Indians, dead.

Along with Scindia, SpiceJet CMD Ajay Singh and Boeing India President Salil Gupte were also present on the special flight on Tuesday.

The flight SG9945 took off at 2.50 pm from Delhi and landed at approximately 3.50 pm at the Gwalior airport.

SpiceJet, the only operator of Max planes in the country, had signed a USD 22 billion deal with Boeing for up to 205 Max aircraft in 2017 and has 13 of these planes in its fleet at present.

After Boeing made necessary software rectifications in the last two and half years, the DGCA on August 26 this year lifted the ban on Max planes' commercial flight operations.

At a press conference before the flight, Singh said, "We are going to provide broadband Internet on board on Max planes and it will be free initially. However, voice calling will be disabled as it would disturb other passengers."

Max planes will have five rows of premium economy seating on this plane, he added.

The fact that the aircraft burns 20 per cent less fuel than its contemporaries helps at a time when oil prices are high, he said.

This aircraft could fly longer distances to places such as Moscow and Turkey where the older planes, 737-800, could not go, Singh noted.

The aircraft is flying in most countries around the world and 33 airlines are flying this plane globally, he mentioned.

He said Max planes were going to be the backbone of SpiceJet's fleet.