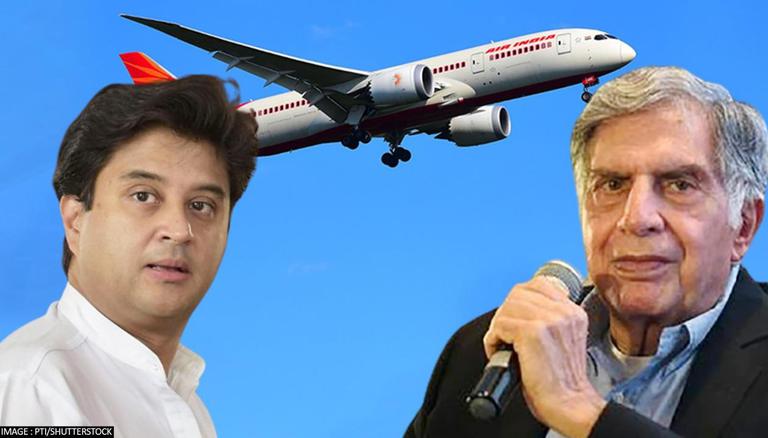 
Union Minister for Civil Aviation Jyotiraditya Scindia on Friday hailed Air India's return to Tata Sons via its subsidiary and also congratulated the ministries for concluding the 'difficult task of paving a new runway for the airline to take off'. The Civil Aviation Ministry & DIPAM Secretary on Friday announced that Tata Sons, via a wholly-owned subsidiary Talace Pvt Ltd, has won the bid for acquiring national carrier Air India. Following the announcement, Scindia also expressed his hope that Air India would continue to deliver to the people of India.

Air India’s return to @TataCompanies marks a new dawn for the airline! My best wishes to the new management, and congratulations to @SecyDIPAM & @MoCA_GoI for successfully concluding the difficult task of paving a new runway for the airline to take off!
1/2

I hope the airline will continue to deliver on its mission of bringing people closer through its successful operations. 2/2

Former Union Civil Aviation Minister Rajiv Pratap Rudy, while speaking to the media on Friday, also lauded the government for taking the 'monumental decision'. Furthermore, Rudy also said, "This decision is for the nation. The beneficiary is not Tata or the Government of India, the beneficiary is the common man."

In a massive development on Friday, Tata Sons regained control of Air India - more than 65 years after its nationalisation. The salt-to-software conglomerate placed a winning bid of ₹ 18,000 crores to re-acquire the airline. Seven bids were received in total, of which five did not meet the criteria. The bids that lasted were those of Tata Sons and Ajay Singh, the promoter of SpiceJet. The Tata Sons bid amounts to Rs 18,000 crore and will see it take on Rs 15,300 crore of Air India's debt, which currently stands at Rs 61,562 crore.

The remaining Rs 46,262 crore of debt will be retained by a company that will be spun off, called AIHL which will continue to be owned by the Government. Tata Sons winning bid will entail the transfer of all non-core assets, meaning AIHL will retain ownership of the land and building assets valued at Rs 14,718 crore.  Apart from a 100% stake in Air India and its low-cost arm - Air India Express, the winning bid also includes a 50% stake in ground-handling company Air India SATS Airport Services Private Limited (AISATS). The transaction is expected to close by the end of December 2021, said Tuhin Kant Pandey, Secretary, DIPAM. Following the announcement, Industrialist Ratan Tata welcomed the decision and shared his note on the development.