Nearly 6 months after it shot to fame, Baba Ka Dhaba restaurant is shutting down operations and is moving back to being a tiny roadside eatery. 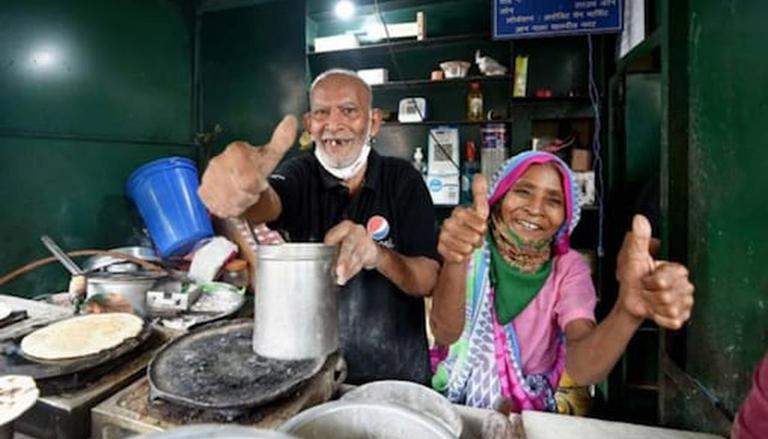 
After turning into a success story harnessing the power of social media, Delhi's famous 'Baba Ka Dhaba' couple has shut down their restaurant owing to the financial difficulties of the COVID-19 pandemic.

In the thick of the pandemic last year, local food joint 'Baba Ka Dhaba' went viral after a video was posted by a YouTuber highlighting the elderly owner's troubles. In the emotional video, 80-year-old Kanta Prasad sobbed on camera sharing the financial difficulties that small businesses like roadside eateries were facing.

Shortly after the video went viral, people began flocking to the roadside eatery to support the elderly man and his wife during the pandemic. Amid huge attention, huge amounts of money were also sent to 'Baba Ka Dhaba' which helped them set up their own tiny restaurant in Delhi, a big upgrade from their roadside eatery in Malviya Nagar.

"We're very happy, god has blessed us. I want to thank people for their help, I appeal to them to visit my restaurant. We will serve Indian & Chinese cuisine here," he says. pic.twitter.com/Rg8YAaJ1zk

Their rise was also followed by a controversy where 80-year-old Kanta Prasad filed a complaint against YouTuber Gaurav Wasan who helped him rise to fame accusing him of 'misappropriation of funds.' He alleged that the Youtuber had collected a huge amount of donation through different modes of payments i.e bank account/wallets in the name of funds for 'Baba ka Dhaba' which the eatery never received.

Nevertheless, the Baba Ka Dhaba restaurant became a huge success story and partnered with eateries such as Zomato, to list their services on the app.

However, 6 months after it shot to fame, Baba Ka Dhaba restaurant is shutting down operations and is moving back to being a tiny roadside eatery. The 80-year-old told Hindustan Times that the footfall in the restaurant had fallen drastically during the second COVID-19 wave and the Delhi lockdown.

“The daily footfalls at our dhaba have declined because of the ongoing COVID lockdown, and our daily sales have come down from Rs 3,500 before the lockdown to Rs 1,000 now. The income is not sufficient for our family of eight," the Baba Ka Dhaba owner said.

Whether people will come together once come to the rescue of the octogenarian Dhaba owner remains to be seen.