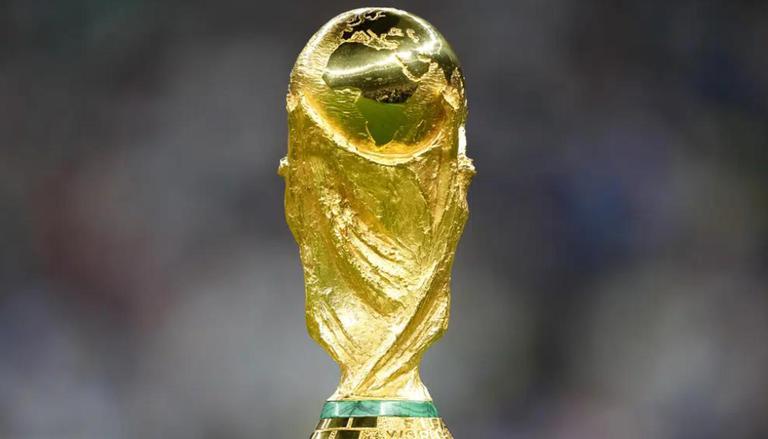 Supporters of Argentina in Kolkata and other parts of West Bengal erupted in joy as the South American country emerged the FIFA World Cup champions in a cliffhanger on Sunday.

Jubilant supporters burst crackers and made rounds of their localities in their favourite team's blue and white colours with Argentina's national flag fluttering from their hands.

The Argentina supporters, some in tears after their favourite team won the World Cup final, were seen hugging each other and distributing sweets.

After watching the historic match together in community halls and clubs where large screens were put up, the supporters erupted in ecstasy.

Several areas of Kolkata and other parts of Bengal were awash in blue and white flags as the South American nation won the cliffhanger in a tie-breaker.

Kolkata had, in 2008, hosted Diego Armando Maradona, and has huge fan following of Argentina and their icon Lionel Messi.

Messi scored two goals and then another in a shootout as Argentina beat France 4-2 on penalties to claim a third World Cup title.

Diego Maradona, the late Argentina great with whom Messi was so often compared, helped the South American country become the world champions in 1986.

Messi achieved what Maradona did thirty-six years ago.

Some of the ecstatic supporters at local clubs and community halls in housing colonies said they would party the whole night to celebrate the victory of Argentina over the European country.

"I only wish Maradona was alive to see this wonderful victory," said Sujan Dutta, one of the numerous Argentina fans in the metropolis.

READ | When was the last time a World Cup winner emerged after a penalty shoot-out?
READ | 'Check back with me in 7 years': Fan's outrageous Lionel Messi prediction goes viral