An association of fireworks makers and sellers has urged the West Bengal government to raise the 90-decibel sound limit as the green crackers, which have been allowed during Kali Puja, could emit a higher noise. 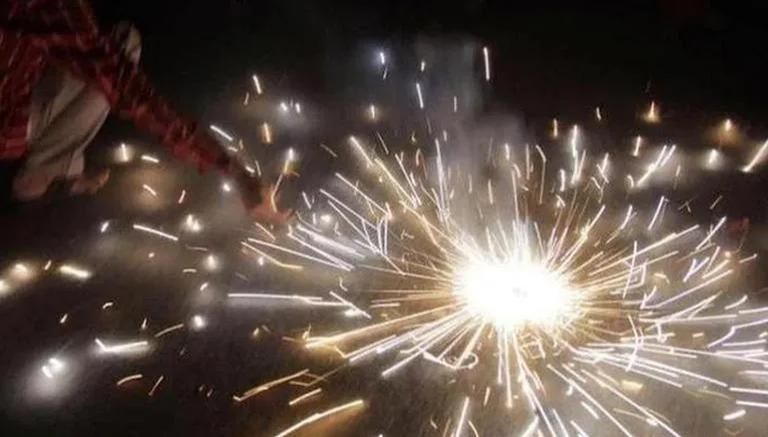 
An association of fireworks makers and sellers has urged the West Bengal government to raise the 90-decibel sound limit as the green crackers, which have been allowed during Kali Puja, could emit a higher noise.

The plea came days after the Calcutta High Court directed that no fireworks, other than green crackers bearing QR codes, would be imported and sold in the state during the festival.

Environment minister Manas Bhunia had said on Thursday that the administration would use the green crackers based on the benchmark of National Environmental Engineering Research Institute (Neeri) and Petroleum and Explosives Safety Organization (Peso).

Hailing the court order, Roy sought an end to the disparity in sound that had been prevalent in Bengal for the past few years in comparison with the national level.

"The state should notify in unequivocal terms that fireworks, which generate sound within 125 dB, can be used if they adhere to all emission norms," Roy said.

The environment minister had said earlier that the court did not specify about the sound issue, adding that the department would abide by the directive to use only green fireworks certified by the Neeri and the Peso.

According to the Neeri, green crackers are those that are made with a reduction in the size of the shell, elimination of ash, less usage of raw materials and use of additives as dust suppressants to lower emissions.

Bhunia had said experts would be assisting in allowing the green fireworks that will be imported from Sivakasi in Tamil Nadu.

Roy claimed that 14 fireworks units across Bengal have the licence to produce green crackers already. He suggested that those not getting the licence should be allowed to import green-certified fireworks from outside the state and allowed to sell it during Kali Puja.

An environment official had said none of the 14 listed fireworks manufacturers had applied yet for the licence to make green crackers despite being notified by the department shortly after the high court passed the order.

"This is a blatant lie," Roy countered. "The department is acting at the behest of a big lobby against the interest of indigenous fireworks industry." He said small entrepreneurs in the sector could not afford to attend the workshops of the Neeri and the Peso due to financial reasons as they could not cough up the required money to attend them.

"That kills the prospect of a level-playing field," said Roy, who estimated that at least 31 lac people were dependent on the sector in the state.

He observed that the small fireworks manufacturers of the state had "revolutionised" the making of fireworks in the past few years by inventing spectacular less-polluting fireworks.

They should be allowed to test their products on an immediate basis, the experts, he added.

An official had said the Supreme Court order for an 8-10 pm window for bursting fireworks will be in force during Kali Puja, adding that the police and the administration would be monitoring the situation.