Bhikaji Cama, the fiery lady who unfurled the first version of the Indian national flag, at the International Socialist Congress in Stuttgart, Germany in 1907. 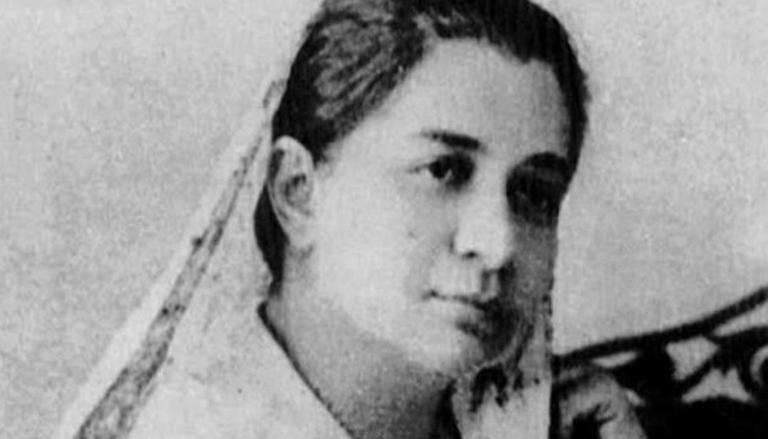 
On the occasion of Independence Day, the freedom fighters are celebrated and honoured by the entire nation. One such leader, who deserves the same, is Bhikaji Rustom Cama. She is the fiery lady who unfurled the first version of the Indian National Flag, a Tricolour of green, saffron, and red stripes at the International Socialist Congress in Stuttgart, Germany, in 1907.

Bhikaji was the daughter of notable businessman Sorabji Framji Patel and was born on September 24, 1861, into an affluent Parsi household. She volunteered during the Bubonic plague outbreak in 1896 and contracted the sickness, which led to her terrible health. She travelled to London in 1902 for medical treatment and rehabilitation. Bhikaji visited various powerful leaders in England, including Dadabhai Naoroji, Lala Har Dayal, and Shyamji Krishna Varma. The British informed her that she would be barred from returning to India unless she signed a statement vowing not to participate in nationalist activities, which she refused.

Bhikaji went to Paris and, with Singh Rewabhai Rana and Munchershah Burjorji Godrej, co-founded the Paris Indian Society. She also brought revolutionary literature into India, such as Bande Mataram which was formed in response to the British ban on the patriotic poem and later Madan's Talwar, established in response to the execution of Madan Lal Dhingra.

Bhikaji raised the Indian flag in Stuttgart, Germany, on August 22, 1907, becoming the first Indian to do so on foreign soil, and called for human rights, equality, and independence from British authority. The flag, which she co-designed with Shyamji Krishna Varma, was eventually used as a model for our current National Flag. Bhikaji stayed in Europe until 1935 when a stroke rendered her paralysed and she petitioned the British authorities to be permitted to return to India. In November 1935, she was awarded permission and returned to Bombay, she died nine months later on August 13, 1936.

Many landmarks are named after Bhikaji Cama

Bhikaji left the majority of her personal belongings to the Avabai Petit Orphanage for Girls, which set up a trust in her name. Many cities in India have streets or landmarks named after her, with New Delhi's Bhikaji Cama Place being one of the most well-known. On January 26, 1962, the Indian Posts and Telegraphs Department produced a commemorative stamp in her honour.