NCPCR's Priyank Kanoongo said that he has directed the government of Madhya Pradesh to investigate the fire tragedy in Bhopal's Kamala Nehru Hospital. 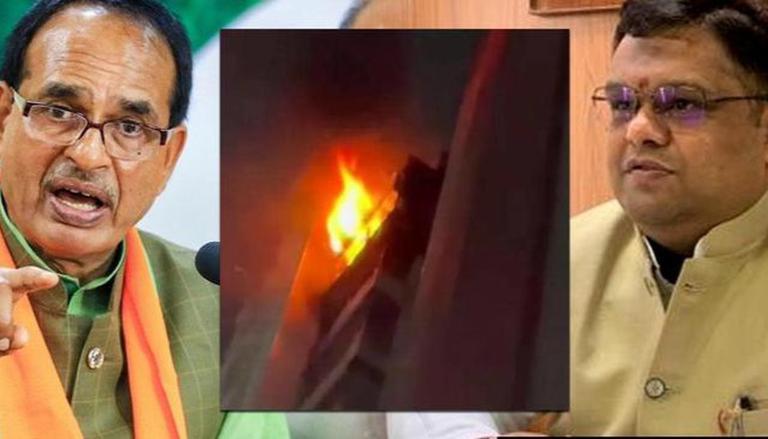 
A day after the horrific fire tragedy in Bhopal's Kamala Nehru Hospital, Chairperson of National Commission for Protection Of Child Rights (NCPCR) Priyank Kanoongo on Tuesday said that he has directed the government of Madhya Pradesh to investigate the matter within 10 days and form a committee.

The NCPCR Chairperson stated, "Seeing the seriousness of this incident, we have asked the MP government to probe into this matter within 10 days and form a committee to interrogate the same, add the DG of fire services, a police officer of atleast IG rank and an officer of PWD dept who has a background of civil engineering who can check the fault in the infrastructure for which the kids were not able to find the fire exit. We have asked for a report within three days, asking if the children shifted from here are kept in SNU hospitals or not."

Kanoongo added, "When infrastructures like these are created... where kids cannot run to save their own lives... hospital staffs ran from the place where the fire broke out... and the kids were rescued only after windows started to break... this is very sad and highly condemnable... and these people should be punished."

The NCPCR Chairperson further said, "Maharashtra bhandara also saw an incident like this... that's why we have notified all the chief secretaries and asked them to conduct a fire safety audit of the places where kids are kept according to national disaster authority and national building court guidelines ... and fire safety audit report to be submitted to the commission within 30 days."

Meanwhile, the Madhya Pradesh government on Tuesday held a cabinet meeting with state ministers and government officials over the Bhopal hospital tragedy. At the meeting, the MP Cabinet expressed its condolences to the families who lost their children in the Kamala Nehru Hospital fire, which claimed the lives of four infants. The cabinet announced that a high-level inquiry committee had been constituted to probe the accident, and all those who worked in the rescue operations in the hospital would be honoured.

Issuing a statement on the tragedy, Madhya Pradesh Chief Minister Shivraj Singh Chouhan announced that he had ordered a probe in the matter and a report on the fire safety audit had been demanded from the hospital. "It is an unfortunate incident. A probe has been ordered into the incident. This is a case of criminal negligence. Stringent action will be taken against those found guilty," tweeted Chouhan. An ex gratia sum of Rs 4 lakh has been announced for parents of the children who died in the tragedy.

The fire broke out in the hospital at around 9 pm on Monday and eight to 10 fire tenders were rushed to the spot to douse the flames, said Fatehgarh Fire Station in-charge Juber Khan. Smoke filled a room of the children’s hospital, he added. Reports suggest that short-circuit could be a probable reason behind the fire, that swept through the newborn care ward of the hospital.

"Four children died in the fire that broke out in the special newborn care unit (SNCU) ward probably due to a short circuit. We reached the spot along with others soon after getting information about the incident. It was dark inside the ward. We shifted the children to the adjacent ward." The state's Minister of Medical Education Vishvas Sarang informed.