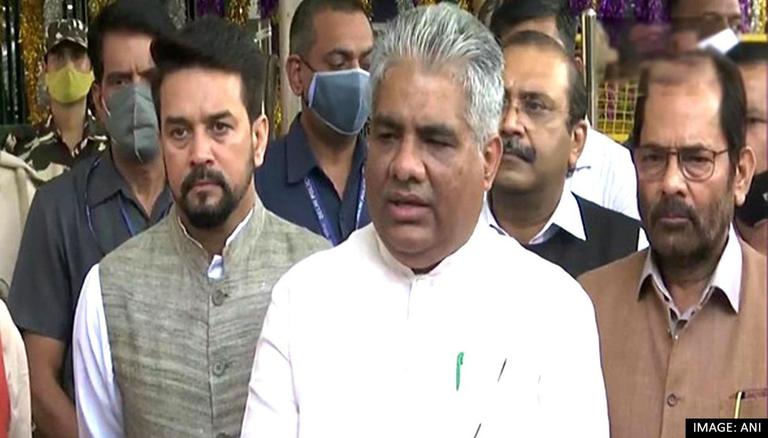 
The Union Minister for Labour and Employment Bhupender Yadav announced on Friday that over 3 crore unorganised workers have enrolled in the E-shram portal which is the nation's very first National Database of Unorganized Workers (NDUW). Citing the Minister’s Hindi tweet, ANI reported, “The number of workers who have registered on the E-shram portal has crossed 3 crores. By registering on this portal, workers of the unorganized sector will be able to get the benefits of government schemes easily and conveniently."

According to a press release from the Ministry of Labour and Employment, The Dattopant Thengadi National Board for Workers Education and Development, an independent organisation under the ministry, conducted its 177th Governing Body Meeting and 78th Annual General Body Meeting on Friday in Hyderabad. Vrijesh Upadhyay, Chairman of the Board, headed the meeting, in which D.P.S. Negi, Chief Labour Commissioner of Central government was also present. In the meeting, several crucial decisions were taken.

Labour Commissioner Negi has remarked that previously they had no way of providing assistance to unorganised workers during the COVID-19 outbreak because they lacked data on workers. However, the E-Shram Card will now function as a single card that can be used to access government services across the country. “It will be One Nation One Card," he added.

Furthermore, a Memorandum of Settlement was inked on October 9 in New Delhi between the administration of Celebi, (DIAL), and its contract workers backed by Airport Employees Union. This memorandum will further benefit the 1019 contract workers. According to the press release, every worker would get Rs 58,400, and the total sum which will be distributed to workers this year will be nearly Rs 6,08,41,600.

E-shram portal and its Benefits

Earlier, Union Minister Bhupender Yadav and Minister of State for Food Processing Industries of India Rameshwar Teli had unveiled the E-Shram portal on August 26. Previously, in the month of September, the ministry said that the states of Bihar, Odisha, Uttar Pradesh, as well as West Bengal were at the lead with the greatest number of registrations on the site. The ministry also explained that smaller states and union territories (UTs) have a lower number of registered workers. The ministry also revealed that a greater number of registrations were done from the agriculture and construction sectors.

The E-Shram program intends to register 38 million unorganised workers, including construction workers, migrant labourers, street sellers, as well as domestic workers. If a worker has registered with the E-Shram portal and has been involved in an accident, then he or she will be covered for Rs 2.0 lakh in the event of death or permanent disability, and Rs 1.0 lakh in the event of partial impairment. Following the Supreme Court ordered the Central Government to finish the registration procedure of unorganised workers so that they might benefit from different government programs.