The Chinese national was apprehended from the International Border of Madhwapur in Bihar's Madhubani and sent for judicial custody for further investigation. 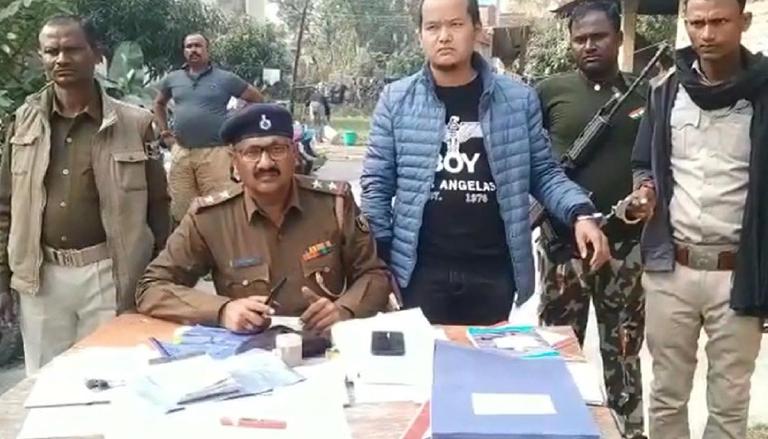 
An FIR has been registered against a Chinese national after Security forces arrested him in a suspicious condition at the International Border of Madhwapur in Bihar's Madhubani. SSB jawans caught the foreign national after seeing suspicious activity near the Indo-Nepal border near Gandhi Chowk of Madhwapur police station. The arrested youth has been handed over to Madhwapur police after interrogation and sent to judicial custody.

"The arrested Chinese national has been identified as 39-year-old Jiou Jansi. He is a resident of Fujian city of China. He entered the Indian border via Nepal. He did not have any valid documents to come to India," added the police.

Confirming the matter, the Deputy Superintendent of Police (DSP) said that the arrested citizen is from China and he understands the English language. Intelligence officers have started an investigation into the matter over why did the Chinese citizen enter Indian territory, where did he want to go, and what was the purpose etc.

Earlier in November 2021, the Directorate of Revenue Intelligence (DRI) had seized over 80 kg gold worth nearly Rs 40 crore, being smuggled into the country by concealing it inside imported machinery parts at the airport in Delhi, according to an official statement. At that time, four foreign nationals -- two South Koreans, one Chinese and a Taiwanese – were apprehended in the case, it said.

Meanwhile, Border Security Force (BSF) in June 2021 had nabbed a Chinese intruder who was attempting to enter India through the Bangladesh border. The Chinese national, identified as Han Junwe, allegedly tried to stealthily cross the international boundary between India-Bangladesh and attempted to run away when sighted by the BSF at the Malik Sultanpur outpost. The infiltrator was apprehended and brought to Border outpost Mohadipur for questioning, where he divulged sensational details.

As per the BSF statement, the Chinese intruder claimed to be a resident of Hubei province and revealed that he had arrived in Dhaka on June 2 where he stayed with a Chinese friend, on a business visa. He then moved to Chapainawabganj district in Bangladesh and stayed at a hotel on June 8 before attempting to cross the international border.