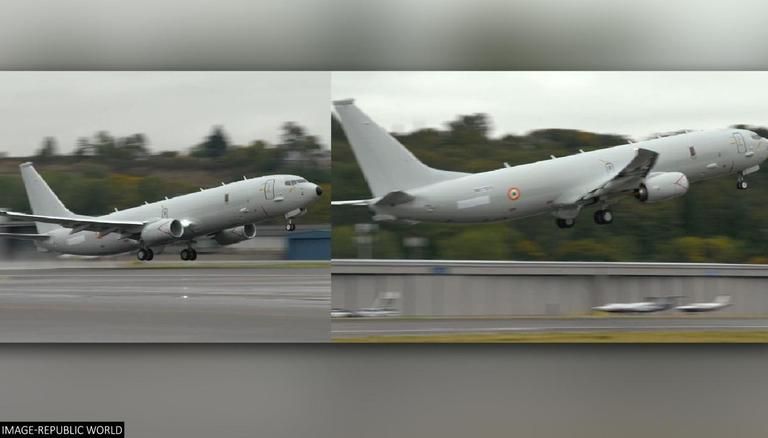 
On Monday, Boeing delivered the 11th P-8I, a maritime patrol aircraft to the Indian Navy. This is the third of the four additional aircraft under the contract signed by the Ministry of Defence back in 2016. It is pertinent to note here that the Indian Navy was Boeing’s first international customer for the P-8. The Boeing P-8s Indian variant is called P-8I. The American aircraft manufacturer claims the P-8I to be a true multi-mission aircraft that is defined by a unique combination of state-of-the-art sensors, proven weapons systems, and a globally recognised platform.

The P-8 performs a significant role in being the eyes of the Indian Navy to help carry out critical maritime operations in times of need. The heavy-duty aircraft provides India's maritime warriors with a significant edge in the strategically important Indian Ocean region. Indian Navy's fleet of P-8I has surpassed 25,000 flight-hours, since its induction. The P-8I is not just responsible for coastal patrolling but is also used for other critical missions like search-and-rescue, anti-piracy, and supporting operations of other arms of the military.

Another P-8I! Watch the @indiannavy’s 11th and latest P-8I take off to join the second largest #P8 fleet in the world. pic.twitter.com/O62WZgREaf

In a bid to expand Maritime Reconnaissance capabilities, the Indian Navy added on to its fleet the 11th P-8I. Boeing took care of the shipment of the aircraft to the Indian Navy. The American aircraft manufacturer mentioned via a tweet that with this delivery, the Indian Navy claimed the spot for the second-largest P8 fleet in the world. Boeing began delivering the P-8I to the Indian Navy back in May 2013. The delivery of these aircraft was signed under the Communications Interoperability and Security Memorandum of Agreement (CISMOA).

Indian Navy expands Maritime Reconnaissance capabilities with delivery of 11th P-8I. Indian Navy was Boeing’s first international customer for the P-8. 11th P-8I is the third of four additional aircraft under the options contract signed by the Ministry of Defence in 2016: Boeing pic.twitter.com/w6nbLmMaA1

Originally produced and developed for the US Navy, the Boeing P-8 Poseidon is technically a militarized version of the Boeing 737-800, a commercial aircraft. The P-8 is equipped with torpedoes, harpoon anti-ship missiles and can drop and monitor sonobuoys. A specially designed aircraft to assist defence forces in conducting agile military and take over anti-submarine warfare (ASW), anti-surface warfare (ASUW) and shipping interdiction roles the P-8 can even operate in conjunction with other defence assets.