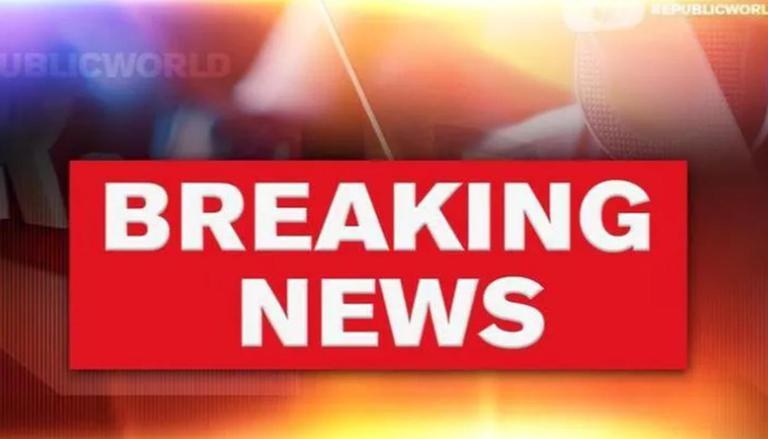 Fire engulfed in a bunker of Central jail Pulwama. Fire tenders, and other security agencies are on duty to put off the fire.

The Government of India gave the nod to the export of the country's indigenous vaccine Covaxin. This is done keeping in mind the increasing interest in Covaxin worldwide after the World Health Organisation's (WHO) Emergency Use Listing for Covaxin, which was approved on November 3.

In a big development, the government is all set to introduce a cryptocurrency bill in the winter session. The government has listed 26 bills for passing including, “The Cryptocurrency and Regulation of Official Digital Currency Bill, 2021”. The three-week-long winter session is scheduled to be held from November 29 to December 23.

An FIR has been registered against actor Kangana Ranaut in Mumbai for allegedly portraying the farmers' protest as the Khalistani movement and calling them 'Khalistanis' on social media.

Watch | West Bengal CM and TMC Supremo Mamata Banerjee addresses media on her visit to Delhi, amid the mass induction of top leaders in TMC

Uttar Pradesh will get a new airport as Prime Minister Narendra Modi will lay the foundation stone to Jewar Airport on November 25.

Sources suggest that former Mumbai Police commissioner Parambir Singh is in and around Chandigarh.

SC directs the state's top police officials to hold a joint meet with state EC for assessing the availability of the paramilitary forces. SC says after assessment, if so required, the requisition shall be submitted to CRPF or MHA, the same shall be dealt with expeditiously in order to maintain peace in the state of Tripura.

SC also says DGP, IG L&O shall take steps to ensure that the election process goes on in a fair and peaceful manner, especially on polling day & counting. SC asks Tripura govt to file a compliance report by Nov 25. sc says it should also include tabulated data on complaints made, steps taken if first is registered.

SC warns Tripura govt, says if steps given aren't implemented, the court would be obliviated to take steps.

I am rather amused at @BJP4India reaction to one excerpt from a 304 Page book that tries to dissect responses to National Security Situations that Impacted India.I wonder would they react similarly to some “hard analysis’ about their handling of the National Security Remit also?

We are elated to welcome Shri @PavanK_Varma into our Trinamool Congress family.

His rich political experience will help us serve the people of India and take this nation forward to even better days! pic.twitter.com/DlBiYtaqFX

Finance Minister Nirmala Sitharaman questioned who was in power when the 26/11 attack happened, and further said, "We haven't had justice given to us even today".

Application on behalf of former Mumbai Police commissioner Parambir Singh indicated that he doesn't want to cross-examine the witness. Application made in the last hearing is now being noted by the commission.

The Patna Central Bureau of Investigation (CBI) court on Tuesday has postponed the hearing of Bihar Chief Minister and RJD president Lalu Prasad Yadav in connection to the fodder scam case for November 30. Earlier in the day, the former Bihar Chief Minister appeared at the Patna CBI Court for his hearing on Monday. He appeared before the court after being summoned by the CBI court for being physically present in the hearing pertaining to the illegal withdrawal of Rs 47 lakh from the Banka district treasury.

Earlier, he was granted bail by the Jharkhand High Court in April in connection to the fraudulent withdrawal from Dumka Treasury, which is also one of the cases related to the fodder scam. The court had also imposed a condition to Yadav for depositing two sureties of Rs 1 lakh each and a fine of Rs 10 lakh to the court.

As per NCB Mumbai, a drugs factory busted in the Nanded district of Maharashtra during a raid. A total of 100 kgs of drugs seized so far in the raids that began yesterday in Nanded, Jalna, and Aurangabad districts. Three people have been detained so far while raids are underway. 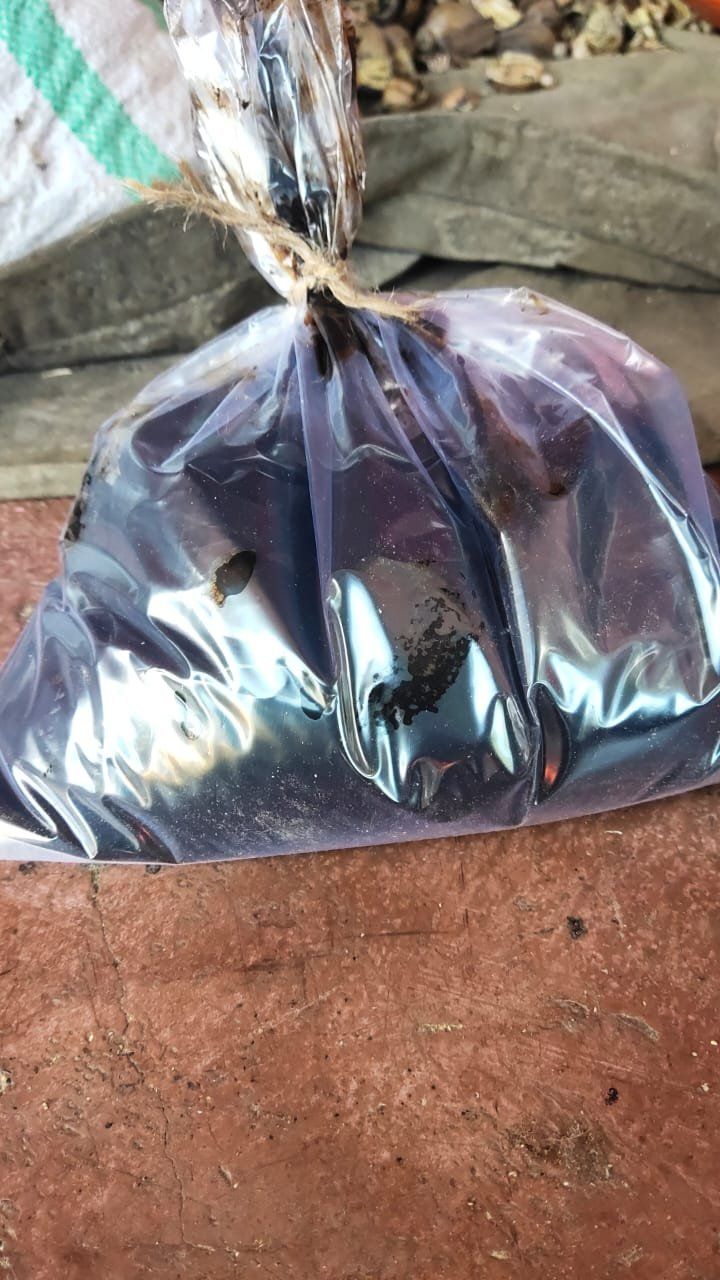 Delhi CM Arvind Kejriwal during a press conference in Amritsar, said, "Many people in Congress are in touch with us but we don't want to take their garbage. If we start doing it then I challenge you that 25 Congress MLAs (in Punjab) would join us by evening. Their 25 MLAs & 2-3 MPs are in touch & want to join us (AAP)"

The state government has notified that the death toll amid torrential rainfall and flood-related incidents in Andhra Pradesh touched 34 while 10 more people still remained untraced.

Delhi CM Arvind Kejriwal while addressing poll-bound Punjab in Amritsar, said, "We will improve Punjab govt schools just like we improved Delhi govt schools; only we know how to do it, no other party does. I guarantee to resolve multiple issues of teachers on an emergency basis."

The matter is before a bench headed by Justice D Y Chandrachud and Justice Vikram Nath. Supreme Court seeks to know the presence of the central paramilitary forces so that they can be deployed to sensitive areas. SC is hearing the contempt plea of TMC claiming that the law and order situation in Tripura is "worsening" by the day ahead of civil body elections.

Senior Advocate Jaideep Gupta for TMC: Suppose, if this is the deployment for the last few days, the police are standing there and not doing anything is the real problem.

Bench: It is possible for the State government to requisite the battalion of the paramilitary forces for additional security in these critical areas.

Justice Chandrachud: We don't want to go into bickering & ensure that there's a sense of security. Adding central paramilitary forces will level some confidence.

Bench: We will take it at 3:45 pm. Submit a detailed response then.

Mumbai court's notice has been pasted at former top cop Param Bir Singh's Juhu residence. He was granted protection from arrest on Monday and was asked to join the probe by Supreme Court. His lawyer Puneet Bali informed the apex court that Param Bir is still in India and has not fled the country.

Directing Param Bir to join the investigation, the Supreme Court granted him interim protection from arrest. Moreover, it issued notice to the Maharashtra government, DGP and CBI and adjourned the matter till December 6.

Delhi CM Arvind Kejriwal stated that nobody is aware of BJP's CM candidate in Uttar Pradesh Assembly polls and stated that AAP would declare the Chief Minister's face before any other party does.

"No party has declared their Chief Minister candidate yet," CM Kejriwal stated.

Sounding the poll bugle in Punjab, Delhi CM Arvind Kejriwal claimed that 25 MLAs and 3 MPs from the ruling Congress are ready to switch to the Opposition Aam Aadmi Party. 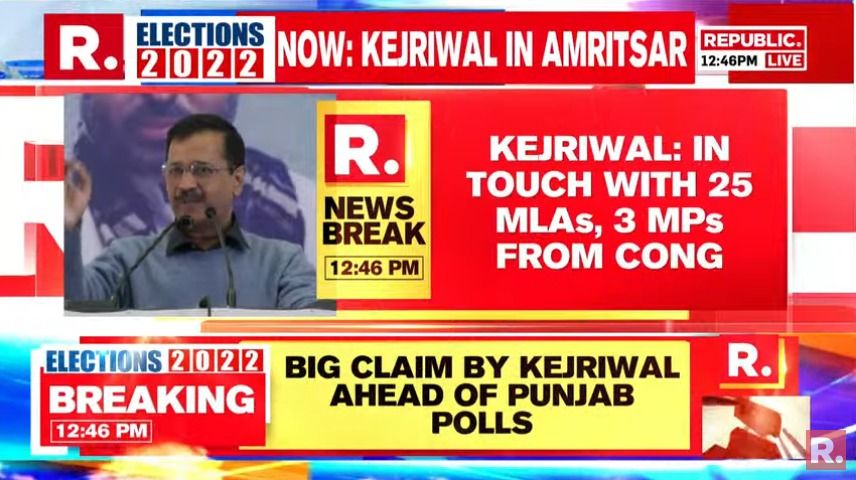 Sounding the poll bugle in Uttar Pradesh, BJP chief JP Nadda inaugurated a new regional office for the party in Kanpur. Nadda is on a campaign trail in the election-going state. 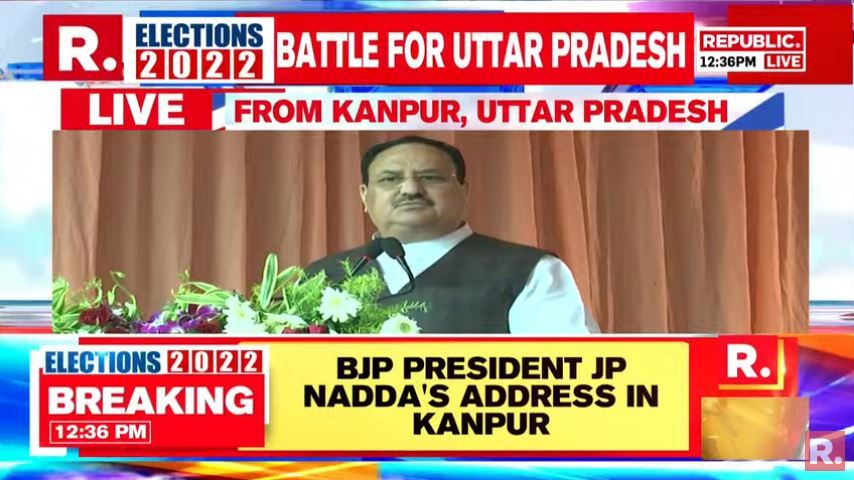 AAP convenor and Delhi CM Arvind Kejriwal met several teachers of college and schools from Amritsar in Punjab and spoke about ways to improve the education system in the state. He promised to bring the same facilities and improvisions that are enjoyed by teaching professionals in the capital. Addressing the media from Amritsar, Kejriwal vowed to revolutionize education in Punjab. 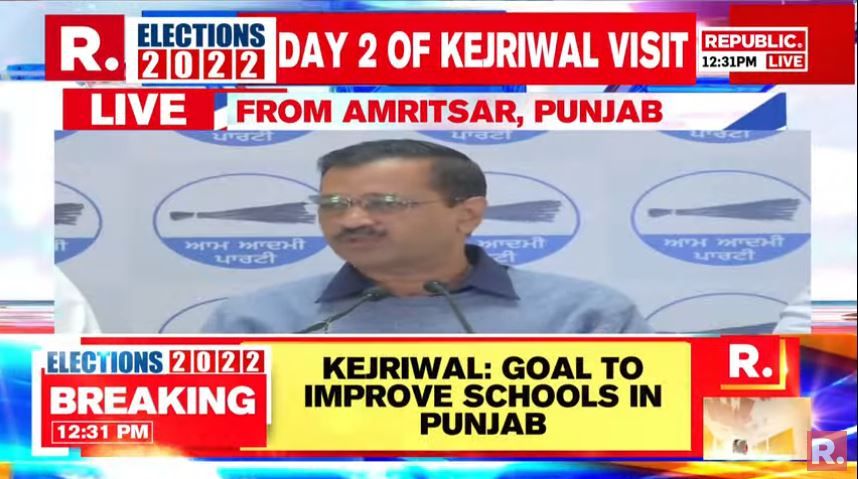 The BJP posed questions before the Congress on Tuesday after its senior leader Manish Tewari opined in his new book that the UPA govt's response to the 26/11 terror attack was not 'kinetic enough'. Addressing a news briefing in Delhi, BJP's Gaurav Bhatia asked the Sonia Gandhi-led party why it did not prioritize national security and retaliate to the deadly Mumbai attacks. 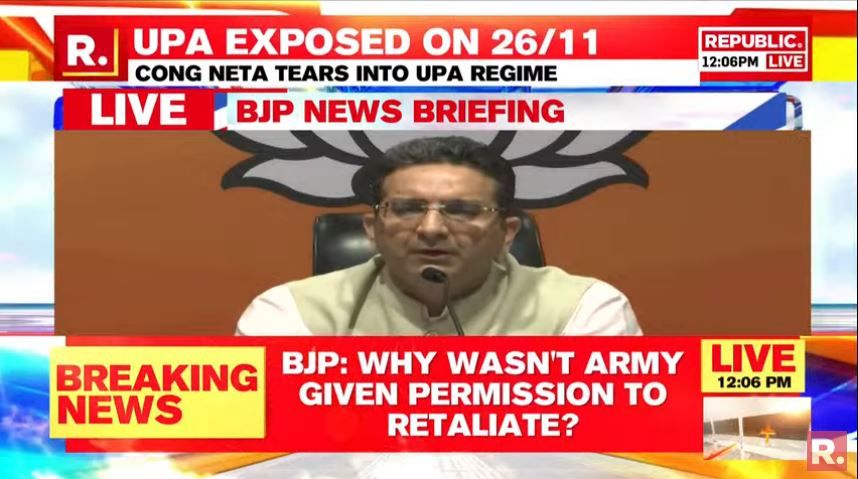 Stirring a controversy, Congress MP Manish Tewari on Tuesday, opined that the UPA govt's response to 26/11 terror attack was not 'kinetic enough'. As per an excerpt released by Tewari from his new book -  '10 Flash Points; 20 Years - National Security Situations that Impacted India', he has lashed out at India's tepid response to Pakistan's cruelty. Tewari served as Union Minister (Independent charge) I&B in UPA-2 from 2012-2014. His fourth book delves into every salient National Security Challenge India has faced in the past two decades.

"For a state (Pakistan) that has no compunctions in brutally slaughtering hundreds of innocent people, restraint is not a sign of strength; it is perceived as a symbol of weakness. There comes a time when actions must speak louder than words. 26/11 was one such time when it should have been done. It, therefore, is my considered opinion that India should have actioned a kinetic response in the days following India's 9/11", opined Tewari.

Happy to announce that my Fourth Book will be in the market shortly - '10 Flash Points; 20 Years - National Security Situations that Impacted India'. The book objectively delves into every salient National Security Challenge India has faced in the past two decades.@Rupa_Books pic.twitter.com/3N0ef7cUad

Subedar Sanjiv Kumar of 4 Para Special Forces accorded the Kirti Chakra posthumously for an operation in Keran sector in Jammu and Kashmir in which he killed one terrorist and injured two others. His wife receives the award from President Ram Nath Kovind.

Delhi: Subedar Sanjiv Kumar of 4 Para Special Forces accorded the Kirti Chakra posthumously for an operation in Keran sector in Jammu and Kashmir in which he killed one terrorist and injured two others.

Major Anuj Sood of the 21st RR Battalion has been accorded the Vir Chakra posthumously for his gallant actions in anti-terror operation in Jammu and Kashmir's Handwara in May 2020.