A Pakistani drone was spotted in the Arnia area of RS Pura sector of Jammu on Thursday morning. BSF troops fired several rounds on the drone to push it back. 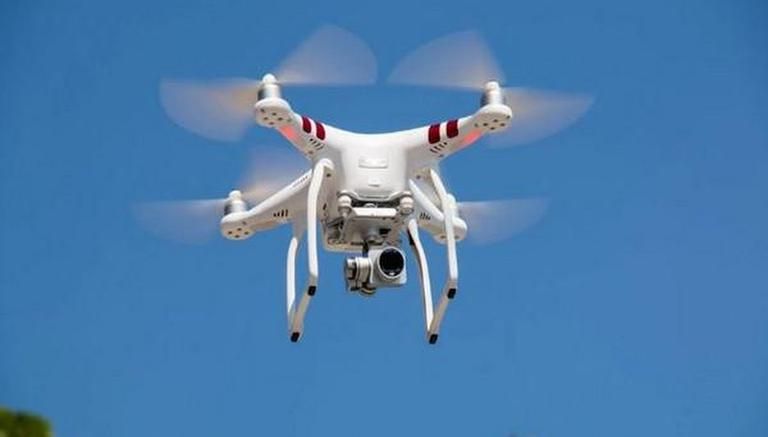 
A drone coming from the Pakistani side was observed by BSF troops in the Arnia area of RS Pura sub-division in Jammu and Kashmir in the wee hours of Thursday morning. A suspected Pakistani drone movement was observed at the Jammu International Border.

A drone coming from the Pakistani side was observed by BSF troops in the Arnia area of RS Pura sub-division in Jammu and Kashmir in the wee hours of Thursday morning. The drone had hardly crossed the international border when the alert BSF troops opened fire.

The troops had fired eight rounds at the drone, following which, it returned immediately. The drone was at a height of 300 meters when fired upon.

After this, several searches were launched in the area by BSF and Jammu, and Kashmir police for any further movement of drones in the area but nothing suspicious was found, sources said.

Recently, the Border Security Force (BSF) officials observed a drone activity in the Kanachak area of Jammu and Kashmir on Monday night. The BSF officials recovered three Improvised Explosive Devices (IEDs) from the drone. The location from where the payload was recovered by the security forces is one of the isolated places near the Ring Road of Jammu. Pakistani drone came 4.67 km inside the Indian Territory to drop three Sticky bombs IEDs

The incident took place at 11 pm on Monday in the Dayaran area of Kanachak. A police team observed a drone activity late at night. The payload attached to the drone was brought down after several firings. However, the drone could not be brought down. The drone was spotted at around 10:45 pm on Monday.

The payload contained three magnetic IEDs packed inside tiffin boxes with the timer set to different timings. Three IEDs were set with timers of three hours, eight hours, and nine hours. All three IEDs have been deactivated and diffused through a controlled explosion and a case has been registered. Later, Senior police officials reached the Dayaran area of Kanachak in Jammu. Police officials with Intelligence officers were sent to the forward area to investigate further.