The BSF, in a separate opertaion also seized 780 Bottles of Phensedyl/Eskuf Syrup and contraband having a collective value of Rs. 44,88,981 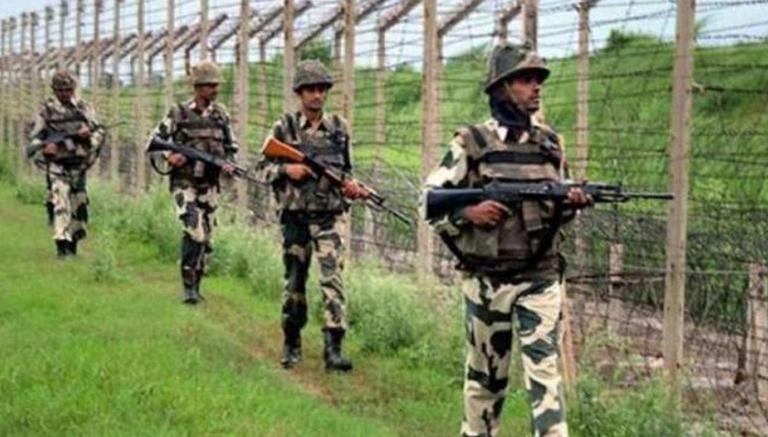 
Acting upon its commitment to making Tripura a drug-free state, the BSF Intelligence Team of Teliamura seized a big haul of Ganja in a joint operation with the troops of 64 Batallion BSF and Dhalai district police. About 169.3 Kg of dry Ganja was recovered from a 12 wheeler Truck (PB 08 DS 9923) plying towards Manu (Dhalai) from Teliamura via NH-8.

One civilian named Pintu Mia, 25, was detained by police on suspicions of being involved in the crime. The apprehended person along with seized truck and narcotic was handed over to PS-Manu on the spot for further investigation.

In a separate operation on the Indo-Bangladesh international border, BSF troops in Tripura seized 780 Bottles of Phensedyl/Eskuf Syrup and contraband having a collective value of Rs. 44,88,981. BSF Tripura in its attempts to eliminate the drug trade in the state is conducting special drives against trans-border smugglers particularly ones dealing with Narcotics/drugs.

Earlier on September 28, Tripura Chief Minister Biplab Kumar Deb had said that the government is committed to making the state drug-free and there would be no compromise in tackling the issue. He added that the decision to control dug trade is strong and clear.

Providing more information on the drug control management in the state, Deb had said that the current government has taken various measures to discourage the drug trade. And, if such cases are reported then strict actions are taken accordingly. He added that police have successfully recovered drugs at many sites so far.

Chief Minister Deb urged all MLAs and the general public to cooperate and support the mission to report any drug-related activities witnessed at their nearby premises.

While speaking at the NEC meeting, Union Home Minister Amit Shah had said that the chief ministers of the North East, including Tripura, are working towards the goal of eliminating drugs.

In June, Tripura police had recovered over 3,100 bottles of cough syrup worth around Rs 12 lakhs from a vehicle near the Tufanialunga area in Agartala. Cough syrup is one of the more profitable products of the drug racket as it is mostly consumed by the youth as a substitute for liquor.