Neeraj Bishnoi (20), the alleged mastermind in the Bulli Bai app case, has been remanded to seven-day police custody. 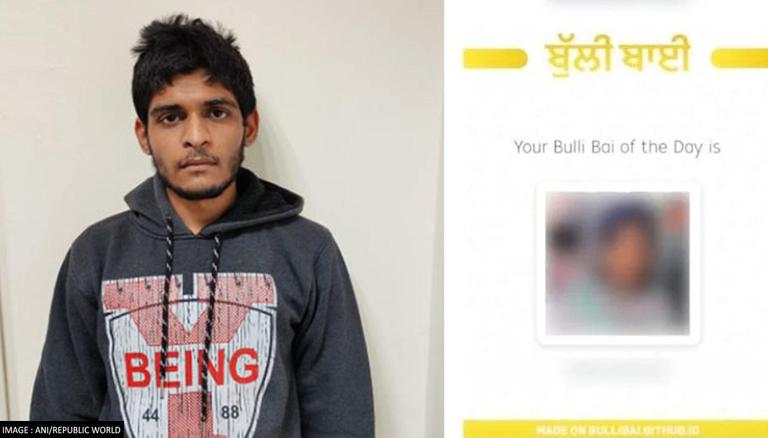 
Neeraj Bishnoi (20), the alleged mastermind in the Bulli Bai app case, has been remanded to seven-day police custody. He was arrested from Assam by Delhi Police Special Cell's IFSO team on Thursday. As per ANI reports, during interrogation, Neeraj Bishnoi said that he developed the app and was also the administrator of its Twitter handle.

The special cell stated that Bishnoi is a resident of the Digambar area of Assam's Jorhat district and is a B Tech (Bachelor of Technology) student of Bhopal's Vellore Institute of Technology. During interrogation, he disclosed that the app was created in November 2021 and updated in December 2021, police informed, according to ANI.

"He has confessed, but most importantly, we have acquired technical evidence required from his laptop and mobile. The whole network has been busted," said DCP (IFSO) KPS Malhotra. The Bulli Bai app case was transferred to the Intelligence Fusion and Strategic Operations (IFSO) on Wednesday.

The action comes after several complaints were filed in police stations across the country regarding the 'auction' listing of Muslim women on open-source platform GitHub's 'Bulli Bai' app. The application also used photographs of the victims without their permission.

Following his arrest, the Vellore Institute of Technology suspended Neeraj Bishnoi from the university until further notice. The vice-chancellor in its order said that the alleged main conspirator in the Bulli Bai case was suspended for bringing disrepute to the university and defaming the name of the Institute.

Notably, this is a second similar application to appear in less than a year's period. The first one was 'Sulli Deals' which had triggered a similar row last year.

Three more arrests have also been made in the case including an engineer from Bengaluru, a girl from Uttarakhand and her friend, who have been arrested by Mumbai Police in connection with the Bulli Bai case.

"Three people have been arrested in the Bulli Bai' app case, including Vishal Kumar Jha and Shweta Singh. The third accused is Shweta's friend," Mumbai Police Commissioner Hemant Nagrale said. Kumar has been sent to police custody till January 10 while Shweta is on a transit remand.

Union Minister for Electronics and Information Technology Ashwini Vaishnaw on Sunday had said that the Centre is working with police organisations in Delhi and Mumbai on this matter.