CDS Bipin Rawat No More: How The Ex-COAS Led The Strategy To Integrate Kashmir Into India

In the year 2019, after the abrogation of Article 370, the then India's Chief of the Army Staff (COAS) General Rawat had hailed the Centre's decision. 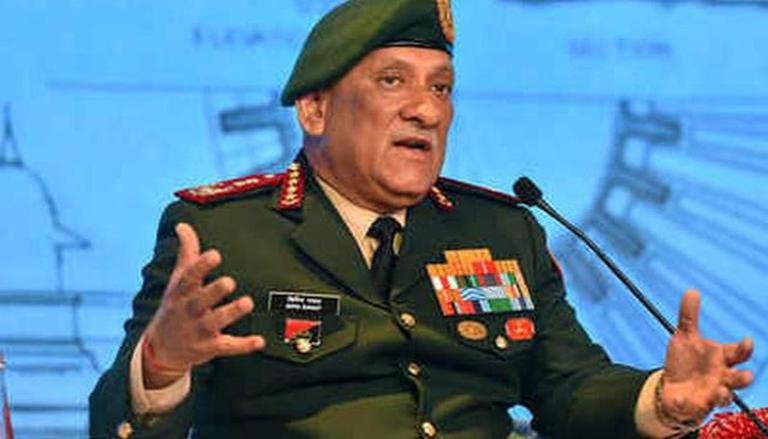 In the year 2019, after the abrogation of Article 370, the then India's Chief of the Army Staff (COAS) General Rawat had hailed the Centre's decision to integrate Jammu and Kashmir into India.

In one of the public events at the time, General Rawat had said, "With the abrogation of this article, we are confident that we will witness better development, better job opportunities, better people-to-people contact and finally better amalgamation of the state of Jammu and Kashmir with the rest of India."

"But there is an attempt being made by terrorists who control Pakistan-occupied Kashmir as I said, to disrupt and prevent normalcy from being attained and therefore, what we have been seeing is killing of apple traders, killing of drivers from outside the state from ferrying the apple crop, preventing shops from opening. Schools have opened but threatening children from going to schools. So, all this is because there is a narrative on part of Pakistan and the terrorists who reside in that state," General Bipin Rawat had further said.

Gen Rawat had explained importance of the abrogation of Article 370

Speaking about the need and the importance of abrogating Article 370 in 2019, then India's Chief of the Army Staff had said that a lot of figures have been appearing in the media which state that Jammu and Kashmir was not empowered, there was no development, and education was lacking, because various statistics that have been emerged speak a different story, but it is for us to understand that Jammu and Kashmir as a state got four times the share of financial support than what other states have been receiving. CDS Bipin Rawat had further stated that the proportionate expenditure of the government in the state has not seen the kind of benefits that should have emerged, and therefore, it was time to abrogate this article for the people of the state to reap their benefits.

On August 30, 2019, General Bipin Rawat had reviewed the operational preparedness of the forces along the Line of Control (LoC) in Srinagar for the first time after the revocation of Article 370. He had reiterated the need for preparedness to meet any untoward security challenges effectively.

Ever since the abrogation of Artice 370, when General Rawat was the COAS, Jammu and Kashmir witnessed not only a downturn in recruitment to terror ranks; but the number of law and order problems too dropped significantly. According to police data accessed by Republic TV, since August 2017 to date, the number of law-and-order incidents in Kashmir decreased significantly.

From August 2017 to July 2019, 1,394 law and order problems have been registered whereas from August 2019 to July 2021, only 382 such incidents were registered. The data further suggests that no civilian and police/SFs were killed in incidents pertaining to the law and order situation after the abrogation of Article 370 in the Valley. Meanwhile, terror-related incidents declined to 350 from 688 during this period, as per the data.

Data showing statistics of the killings of civilians and police/security personnel indicates that there were more killings during pre-scrapping of Article 370 days as compared to the post-scrapping. As per the data accessed, “from August 2017 to July 2019, 135 civilians lost their lives during different terror-related incidents whereas from August 2019 to July 2021, only 72 such killings were reported.''

On August 5 2019, the Indian government had revoked Article 370 of the Constitution removing special status to Jammu and Kashmir. Further, it had also bifurcated the State into two Union Territories - Jammu and Kashmir, and Ladakh.

WE RECOMMEND
Lt Gen Sharma, Coursemate of CDS Bipin Rawat says ‘he is a fighter’ amid IAF chopper crash
Concerned ministry to share information on chopper crash at appropriate time: Govt
US: CDS to tighten testing requirements for foreign travellers amid Omicron scare