CDS Bipin Rawat No More: Mortal Remains Of Deceased In Crash To Reach Delhi On Thursday 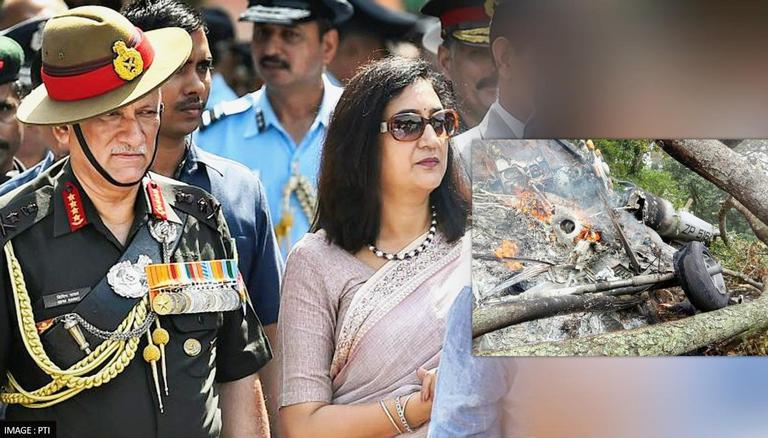 
As India mourns the tragic demise of CDS General Bipin Rawat, it is being ascertained that the mortal remains of former Chief of Army Staff General Rawat, his wife and other armed forces personnel who had lost their lives on Wednesday in a military chopper crash in Tamil Nadu, are expected to arrive in Delhi by Thursday evening.

As per ANI sources, the mortal remains of India’s foremost military officer & President Army Wives Welfare Association (his wife) along with 11 other deceased co-passengers will be handed over to their families on Thursday in the national capital. The mortal remains of General Bipin Rawat and his wife Madhulika are expected to arrive in Delhi by evening on December 9, as per ANI.

Here are the 11 others who lost their lives in the crash along with CDS Gen Bipin Rawat & his wife:

General Rawat's & others mortal remains to reach Delhi on Dec 9

The demise of India's Chief of Defence Staff Gen Bipin Rawat and his wife Madhulika Rawat on Wednesday in an IAF helicopter crash was confirmed by the Indian Air Force in a statement earlier in the day.  The IAF’s Mi-17V5 was carrying 14 passengers that crashed minutes before reaching its destination in Tamil Nadu's Coonoor. Only one passenger has survived.

The Indian Air Force informed via a tweet, "With deep regret, it has now been ascertained that Gen Bipin Rawat, Mrs Madhulika Rawat, and 11 other persons on board have died in the unfortunate accident.”

The helicopter crashed around noon shortly after it took off from the Air Force base in Sulur, Coimbatore, for Wellington in the Nilgiri Hills. The General was heading to the Defence Services Staff College in Wellington to address the faculty and student officers of the Staff Course today. The Indian Air Force has issued a list of names of General Rawat's staff who were on-board the crashed chopper. The IAF has ordered an inquiry into the accident to determine the cause of the demise.