Centre Announces Revision In OROP For Armed Forces, Over 25.13 Lakh Veterans To Benefit

The benefit would also be extended to family pensioners, including war widows and disabled pensioners, the government's official spokesperson tweeted. 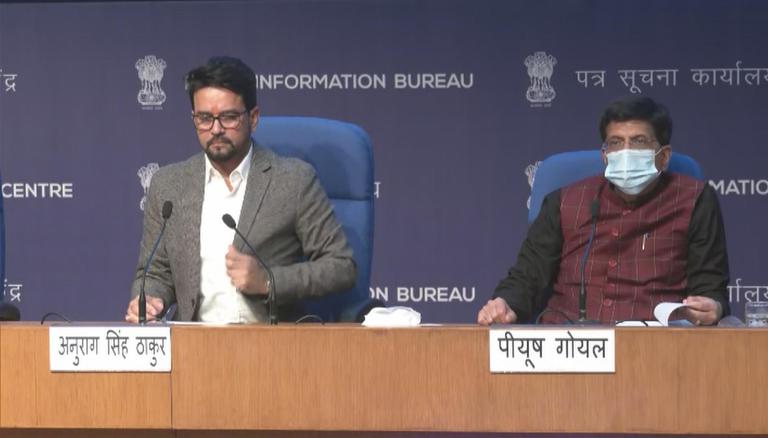 
Information and Broadcasting Minister Anurag Thakur on Friday said that the Union Cabinet has approved the revision of the 'One Rank One Pension' scheme for defence personnel and family pensioners. He said that it will enhance pension according to the OROP proposal.

Addressing the media, Thakur said, "Union Cabinet has taken a decision on the revision of the pension of Armed Forces Pensioners and family pensioners under the One Rank One Pension with effect from July 01, 2019. More than 25.13 lakh veterans will be benefitted from this decision."

The benefit would also be extended to family pensioners, including war widows and disabled pensioners, the government's official spokesperson tweeted after Thakur announced the Cabinet decision at a press conference.

The Armed Forces personnel retired up to June 30, 2019, will be covered under this revision. More than 25.13 lakhs (including over 4.52 lakh new beneficiaries) of Armed Forces Pensioners/family pensioners will be benefitted. Pension for those drawing above the average shall be protected.

The Union Cabinet chaired by Prime Minister Shri @narendramodi today approved the revision of pension of Armed Forces Pensioners/family pensioners under the One Rank One Pension w.e.f.July 01, 2019. pic.twitter.com/SgY98ob2re

Arrears will be paid in four half-yearly instalments. However, all the family pensioners, including those in receipt of Special/Liberalised Family Pension and Gallantry Award Winners, shall be paid arrears in one instalment.

The revision will entail an estimated annual expenditure of around Rs 8450 crore.

The decision to implement OROP was taken by the Modi government on November 7, 2015 will benefits effective from July 1, 2014.

It was a long-standing demand of the armed forces and means that retired soldiers of the same rank, who have retired for the same length of service, will receive the same pension, irrespective of the date and year of retirement.