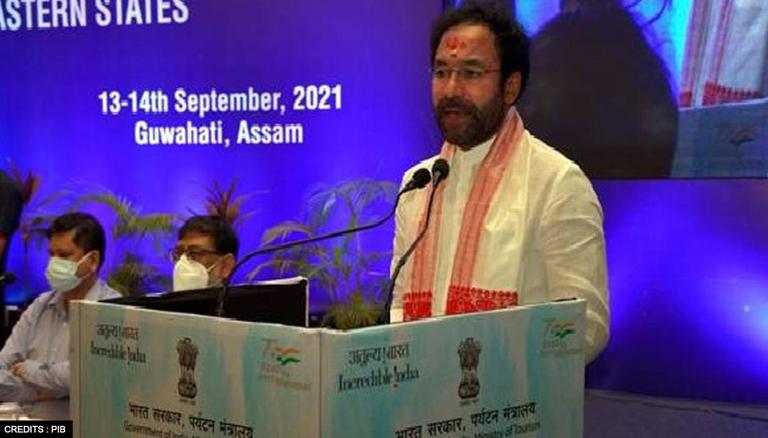 
The Union Minister for Tourism G Kishan Reddy praised the growth of the tourism industry in the North East area and announced a grant of Rs 200 crore under the PRASHAD scheme for future development in tourism. PRASHAD Scheme or Pilgrimage Rejuvenation And Spiritual Augmentation Drive is an initiative that intends to help the northeast area with promotional campaigns like branding and marketing.

During the opening session of a conference in Guwahati, Assam on Monday, Reddy stated that tourism has the potential to be a game-changer in terms of bringing socio-economic transformation to the country, particularly in the North-Eastern part. According to the announcement, the conference of Tourism and Culture Ministers of North Eastern States was held for two days on September 13-1 under the leadership of Reddy to address the growth of tourism and concerns associated with the connectivity in the North Eastern Region with rest of India.

G Kishan Reddy informed at the event that the Union Ministry has approved 16 projects in the North-Eastern part underneath the Swadesh Darshan Program, which stresses the integrated development of theme-dependent tourism places. As per ANI, Reddy said, “Our ministry is giving special emphasis on developing infrastructure, ground capacity and skills in Northeast region. The tourism ministry is also providing branding and marketing assistance to the northeast region through its various schemes and flagship initiatives."

While, speaking about the initiatives which will be taken under the Department of North Eastern Region, the minister further stated that the Northeastern states will receive Rs 68,020 crore in the 2021-22 budget. He has asked all of the region's state governments to make credible ideas so that the whole budget allotted to different ministries can be used effectively.

On this occasion, the Ministry of Tourism and the Indian Railway Catering and Tourism Corporation (IRCTC) has signed a Memorandum of Understanding (MoU) for collaboration in boosting domestic sector tourism and developing new tour packages. The conference was attended by senior officials from different central ministries, state governments in the region, and industry leaders.

Meanwhile, according to the ministry announcement statement, the Chief Minister of Assam Himanta Biswa Sarma stated that a comprehensive strategy is necessary for the growth of the tourist sector in the Northeast. He went on to say that the North East as a whole has to be pushed and that connection and infrastructural facilities need to be improved.