Centre Clarifies That New B.1.617 Variant Has Not Been Classified 'Indian Variant' By WHO

Centre issued a statement on Wednesday pointed out that the WHO has not classified the deadly variant B.1.617 as an “Indian Variant” in its 32-page report 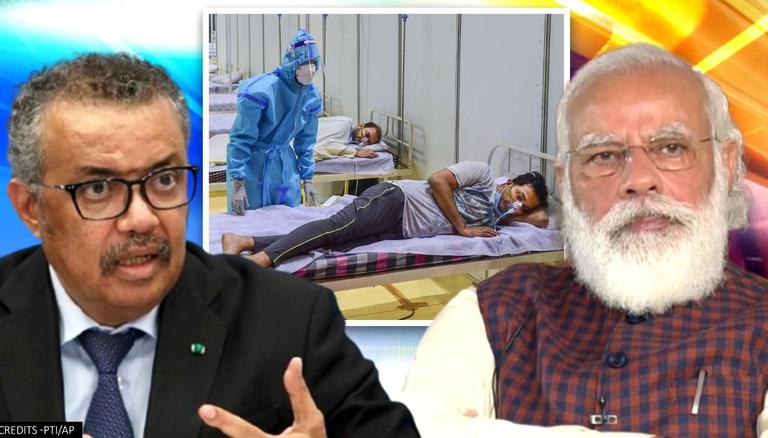 
Clarifying its stance on the 'B.1.617' being dubbed the 'Indian variant', Centre issued a statement on Wednesday pointed out that the WHO has not classified the deadly variant as an “Indian Variant”, but classified it as a 'variant of global concern'. Centre took offence to certain media reports terming it the 'Indian variant' claiming these reports are without any basis, and unfounded. It also added that the word “Indian” has not been used in the 32-page WHO document. WHO South-East Asia too confirmed that 'WHO does not identify viruses with names of countries they are first reported from'.

.@WHO has not associated the term “Indian Variant” with B.1.617, now classified as Variant of Concern

Some media reports claiming so are without any basis, and unfounded.

WHO does not identify viruses or variants with names of countries they are first reported from. We refer to them by their scientific names and request all to do the same for consistency. @PTI_News @PIB_India @ANI @timesofindia @htTweets @IndianExpress @the_hindu @MoHFW_INDIA

Late on Monday night, the WHO classified the B.1.617 variant of the Coronavirus, first identified in India, as a variant of global concern. Dr Maria Van Kerkhove, COVID-19 Technical Lead at the WHO, said Monday that the B.1.617 virus variant that was first identified in India had been classified as a variant of interest by the WHO. As of 11 May, over 4500 sequences have been uploaded to GISAID and assigned to B.1.617 from 44
countries in all six WHO regions, and WHO has received reports of detections from five additional countries

WHO stated that the B.1.617 sublineages appear to have higher rates of transmission, including observed rapid increases in prevalence in multiple countries. It also said that the variant had potential reduced effectiveness of Bamlanivimab, a monoclonal antibody used for COVID-19 treatment, and potentially slightly reduced susceptibility to neutralisation antibodies. Viruses in the B.1.617 lineage were first reported in India in October 2020 with a recent WHO risk assessment finding that resurgence and acceleration of COVID-19 transmission in India had several potential contributing factors including political mass gathering, reduced adherance to social measures. Approximately 0.1% of positive samples in India have been sequenced and uploaded to GISAID to identify SARS-CoV-2 variants.

The WHO has assured that all existing treatments, vaccines and diagnostics continue to remain effective against the  B.1.617 variant of the Coronavirus.  Dr Roderico H Orfin, WHO's representative to India, while maintaining that the existing tools to battle the Coronavirus variant are effective acknowledged that there has been an increasing rate of detection of the B.1.617 strain along with the surge of COVID cases in India. However, he pointed out that the relative contribution of the B.1.617 variant in the increase of caseload remains 'unclear'. At present, India has two vaccines - Covishield by SII and Covaxin by Bharat Biotech - in circulation, with Russia's Sputnik V being granted Emergency Use Authorization by the DCGI.