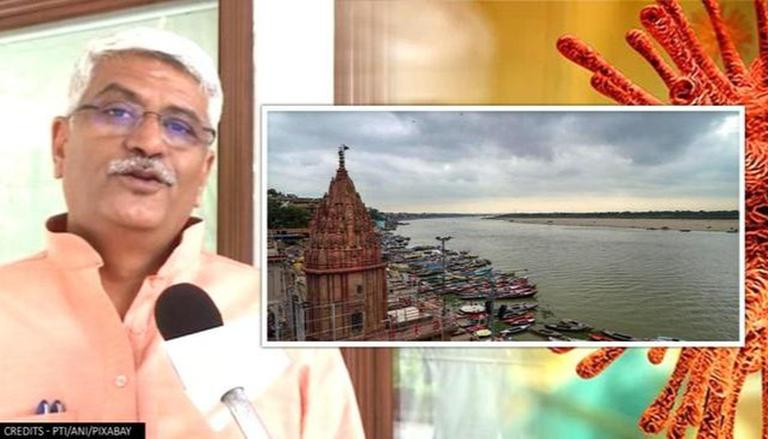 
The Centre is conducting a study in order to assess the presence of SARS-CoV-2 or novel Coronavirus in river Ganga. This comes months after corpses were found dumped in the river during the second COVID-19 wave, and were fished out from districts in Uttar Pradesh and Bihar, officials said Monday.

Saroj Batik, the Director of Indian Institute of Toxicology Research (IITR), Lucknow said that the study is being conducted in phases and the first set of samples have already been collected from 13 locations, from Kannauj and Patna. During the virological study, RNA of viruses of interest present in the water will be extracted and subjected to an RT-PCR test to determine the presence of novel coronavirus in it, Batik said. He added that the IITR is an institute under the Council for Scientific and Industrial Research (CSIR), he said.

The study will also include checking the biological characteristics of the river. The process of taking samples for the next phase began on Monday, officials said.

The initiative to conduct such a study has been taken by the National Mission for Clean Ganga (NMCG) after bodies were found dumped in the river when the second wave of coronavirus was at its peak in April-May.

Union Jal Shakti Minister Gajendra Singh Shekhawat last week tweeted, "We are making use of existing technologies, doing regular studies and monitoring the situation closely to prevent contamination of the river water, as there were reports of consigning dead bodies in some parts of Uttar Pradesh and Bihar into river #Ganga."

We are making use of existing technologies, doing regular studies and monitoring the situation closely to prevent contamination of the river water, as there were reports of consigning dead bodies in some parts of Uttar Pradesh and Bihar into river #Ganga. #NamamiGange pic.twitter.com/7Z6eLRiRCf

No contamination of  river water: Experts

After the bodies were discovered from the river, there was also fear whether bodies, possibly of COVID-19 patients, had led to contamination of the river water, a major source of drinking in the districts along with it. However, the experts had dismissed that there could be any possibility of the presence of the virus in the river.

"The virus does not survive in these conditions (that are in the river). However, we decided to have an evidence-based study," D P Mathuria, Executive Director of the NMCG, said.

An official added that the SARS-CoV2 does not survive outside the host for a long time and so it is unlikely that the virus will stay in the river.

Dead bodies in rivers in UP and Bihar

Earlier in May, around 40 decomposed bodies were found on the banks of River Ganga in Bihar. The bodies later piled up on Mahadeva Ghat's bank at Chausa town. The bodies were found out to be those of deceased COVID-19 patients. The Buxar DM assured that the bodies would be cremated respectfully. Similarly, dead bodies also surfaced on the banks of river Ganga in Uttar Pradesh's Ghazipur on Tuesday morning.