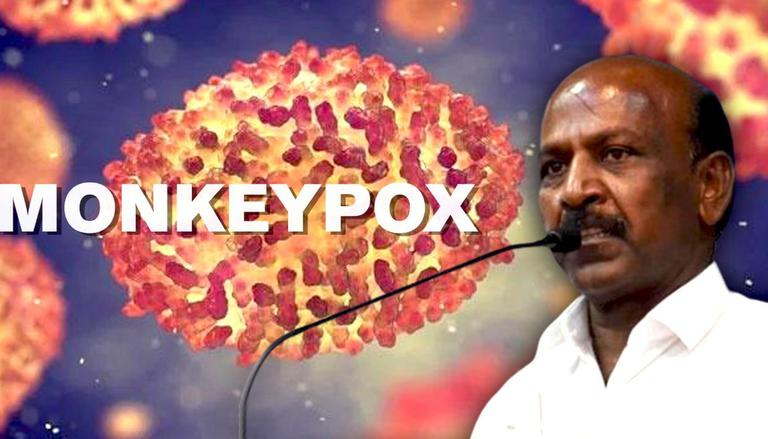 The Minister for Medical and Family Welfare, after inspecting the facility, said instead of sending the samples of patients, who show symptoms of the disease, to the National Institute of Virology, Pune, the tests can be done at King Institute itself.

Recalling the spread of the disease, Subramanian said the virus which was initially detected in the United Kingdom has now spread to over 77 countries and 20,638 people have been affected by itso far.

"The World Health Organisation has issued directives to protect ourselves from the virus. In India, four cases were reported from Kerala and New Delhi. In Tamil Nadu, there has been no monkey pox cases detected till date," he told reporters.

The Tamil Nadu government has intensified screening of passengers at the four international airports in the State by randomly selecting two per cent of passengers who arrive from the affected countries, he said.

"We have set up mass fever-screening camps, and conduct saturation tests on passengers," he said.

The Indian Council of Medical Research (ICMR) has announced that laboratories would be set up in 15 locations across the country to conduct tests for monkey pox disease, he said.

"Instead of sending the samples to NIV, Pune, the Tamil Nadu government requested for a laboratory in the State, as one among the 15 locations announced by ICMR. Based on the request, the Centre on Wednesday allowed the King Institute of Preventive Medicine and Research to hold tests for detection of monkey pox disease," he said.

The 123-year-old King Institute has set up a dedicated laboratory to conduct the tests for patients who show symptoms of monkey pox. With this, the samples may not be required to be sent to Pune and they can be tested in Chennai, he said.

To a query about four participants scheduled to take part in the cultural programme during the 44th edition of Chess Olympiad testing COVID-19 positive, he said they were only rumours, as the Health Department has stepped up the surveillance at major locations, including at the Chennai airport.

"The venue at Mamallapuram is a completely sanitised area and we have deployed special medical teams to assist the players round the clock. Details about doctors who are available and their phone numbers have been distributed to the players in the form of a handbook," he pointed out.

Even those who would be taking part in the inauguration today are allowed entry only after RT-PCR tests, he said.

In another development, Subramanian said two samples, which were collected from a mother and daughter recently after testing COVID-19 positive from Navalur in Chengalpet district, have confirmed BA.4 lineage of the Omicron variant. "The sample of the mother was detected to be BA.1 lineage of Omicron variant which is common. However, the sample of daughter was that of BA.4 lineage through which we can say that BA.4 lineage has entered Tamil Nadu," he said.

"Both the mother and daughter have recovered from the virus and are doing well now. This incident confirms the detection of BA.4 lineage of Omicron variant in Tamil Nadu," he said.

The samples were sent to the National Institute of Virology, Pune, which confirmed the variants, he added. PTI VIJ KH VIJ NVG NVG