In a bid to make domestic travel hassle-free, the Centre is planning to do away with the mandatory RT-PCR report for vaccinated passengers. 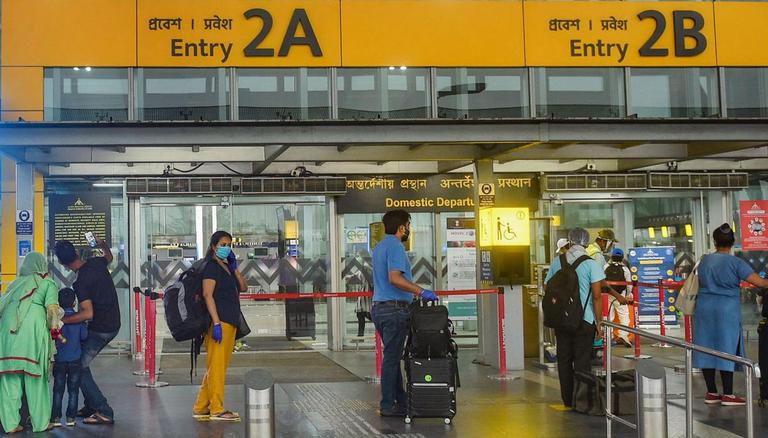 
In a bid to make domestic travel hassle-free, the Central government is planning to do away with the mandatory RT-PCR report for those passengers who have received both doses of COVID-19 vaccine. Confirming the same, Minister of Civil Aviation (MoCA) Hardeep Singh Puri on Sunday asserted that several ministries and stakeholders, including the Health Department, are in discussion to take a final decision on allowing traveling by air without an RT-PCR test for those who have received both doses of the COVID-19 vaccine.

He said, "This decision will not be taken alone by the MoCA, nodal agencies, including health experts who are working with the government, will also contribute towards making a decision in the interests of passengers."

At present, domestic passengers are mandatorily asked to produce negative RT-PCR reports before traveling to some states, where active COVID-19 cases are still high. Talking about the same, Puri said, "Health is a state subject, and to ask passengers for a negative RT-PCR report before they enter a state is solely the right of that particular state."

READ | Indian Visa for foreign nationals stranded due to COVID-19 extended till August 31, 2021

The concept of 'vaccine passport' for passengers traveling internationally is also being contemplated, to which India has raised objections and termed it as a 'discriminatory idea'. "Expressed India's concern and strong opposition to 'Vaccine Passport' at this juncture of the pandemic. With vaccine coverage as a percentage of the population in developing countries is still low compared to developed countries, such an initiative could prove to be highly discriminatory," Union Health Minister Harsh Vardhan told.

Meanwhile, the Directorate General of Civil Aviation (DGCA) extended the suspension on scheduled international passenger flights till June 30. However, the restriction will not apply to international all-cargo operations and flights specifically approved by DGCA, and flights on selected routes that may be allowed by the concerned authority from case to case basis in the future.

"In partial modification of circular dated 26-06-2020, the competent authority has further extended the validity of circular issued on the subject cited above regarding Scheduled International commercial passenger services to/from India till 2359 hrs IST of 30th June 2021. This restriction shall not apply to international all-cargo operations and flights specifically approved by DGCA, the DGCA circular read.

It is pertinent to mention here that the suspension was imposed on international flights on March 23, 2020, and flights have been inoperational ever since, with the exception of a few flights operating under the Vande Bharat Mission since May and under bilateral 'air bubble' arrangements with selected countries since July. India has an 'air bubble' arrangement with 27 countries, include the US, the UK, the UAE, Kenya, Bhutan, and France among others, as per which special flights can be operated by the airlines between the countries.