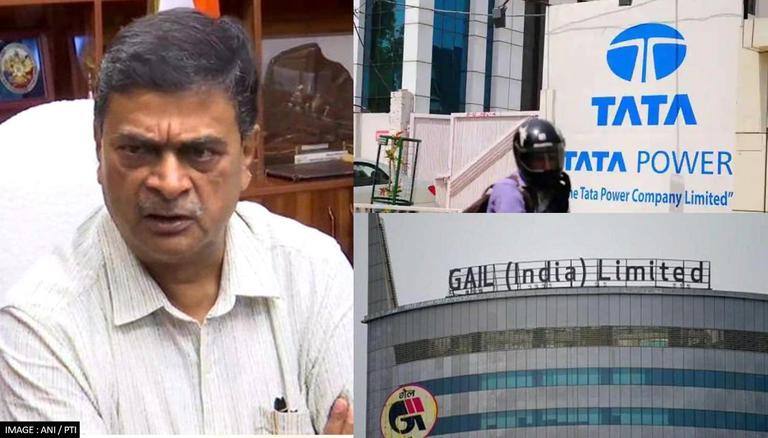 He said, "Delhi is being supplied the required amount of electricity and it will continue. The panic ensued after GAIL informed Bawana gas power plant that it will stop supplying gas after 2 days because their contract was about to expire. I've asked GAIL CMD, who participated in today's meeting, to continue required supplies".

He added, "In effect, neither there was, nor there is any crisis. It was created unnecessarily. I've warned Tata Power CEO of action if they send baseless SMSs to customers that can create panic. Messages by GAIL & Tata Power qualify as acts of irresponsible behaviour".

Delhi is being supplied the required amount of electricity and it will continue: Union Power Minister RK Singh after chairing a meeting with Ministry of Power and discoms pic.twitter.com/au4p4IN7mD

What is the GAIL-Tata power issue?

On Saturday, Tata Power Delhi Distribution Ltd (DDL), which operates mainly in northwest Delhi, sent SMSs to its customers to use electricity judiciously in the afternoon referring to the ongoing issue. The SMS read, "Due to limited coal availability in generation plants across north, power supply scenario between 2 pm to 6 pm is at critical level. Kindly use electricity judiciously. Be a responsible citizen. Inconvenience caused is regretted - Tata Power-DDL". GAIL - which supplies gas to Pragati Power Corporation Ltd (PPCL), Bawana - had refused to continue supply to the generating plant due to contract issues - jeopardising the power supply to Delhi.

Delhi which has 6 power plants to meet its 3000 MW demand is facing reduced power generation due to coal shortage crisis for the third month. “If the situation continues, it would severely impact the power supply situation in Delhi,” Delhi CM Kejriwal told PM Modi also seeking a curb on the maximum rate of power sold through exchange. India - one of the worst-hit by the coal shortage has 135 coal-fired thermal power plants of which 65 have only 2-3 days of coal supply.