Tomar said, ''The contribution of agriculture to the nation's GDP is significant, hence it is all the more imperative to strengthen the agriculture sector.'' 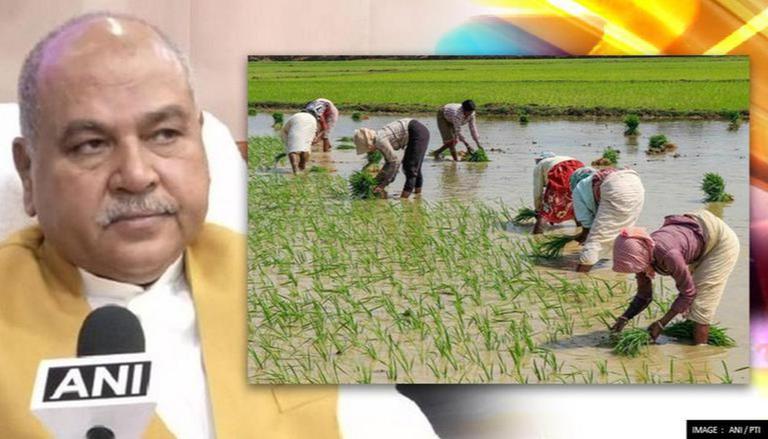 
The Centre and state governments are unitedly pursuing the target of doubling farmers' income by 2022, Agriculture Minister Narendra Singh Tomar said on Tuesday.

In 2016, the Prime Minister Narendra Modi-led government had set a highly ambitious target of doubling farmers incomes by 2022.

An inter-ministerial committee on 'Doubling of Farmers' Income' had in September 2018 submitted a report recommending strategies to achieve this goal. After acceptance of the panel's recommendations, the government has set up an 'empowered body' to review and monitor the progress.

Addressing an event in Goa, Tomar said the central government has given highest priority to agriculture and allied activities. The contribution of agriculture to the nation's GDP is significant, hence it is all the more imperative to strengthen the agriculture sector.

"To achieve the Prime minister's dream of doubling farmers' income by 2022, the centre and state governments, and farmers of the country are working in unison," an official statement quoted Tomar as saying.

Highlighting central schemes like PM-KISAN launched to strengthen small farmers, Tomar said the Centre is promoting setting up 10,000 Farmer Producer Organisations (FPOs) by 2027-28 with a total budgetary outlay of Rs 6,865 crore and this scheme is "successfully being implemented in Goa."

Speaking at the event, Goa Chief Minister Pramod Sawant said, "Advanced technology and new techniques in the sector are attracting youths towards agriculture in the state."

He also urged people to take up integrated farming in the form of agriculture, horticulture, dairy farming, pisciculture and floriculture together.