Char Dham Yatra: The devotees will require to either have both the doses of the COVID-19 vaccine or to carry a negative RT-PCR COVID test report. Check new SOP. 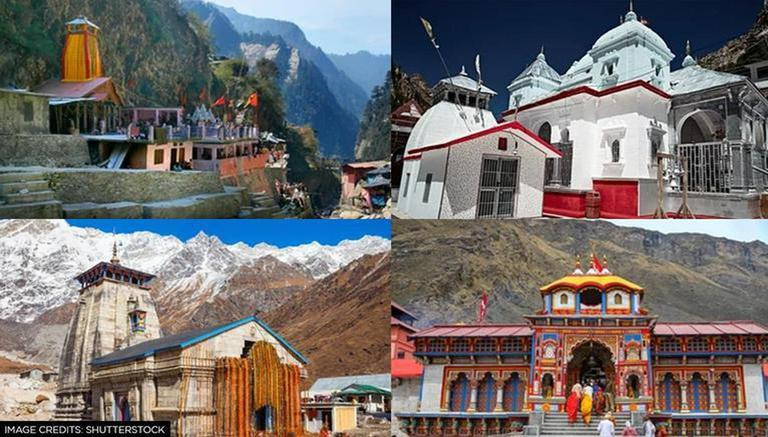 
The Uttarakhand government had issued a fresh set of standard operating procedures on Wednesday for the Char Dham Yatra 2021 giving relief to the pilgrims. In the fresh set of SOPs, it has been mandated that the devotees will mandatorily require to generate an e-pass by registering them for ‘Darshan’.

Along with the mandatory e-pass, the devotees will require to either have both the doses of the COVID-19 vaccine or to carry a negative RT-PCR COVID-19 test report not older than 72 hours.

This comes after the Uttarakhand High court on Tuesday, October 5, passed an order removing the limits on the devotees that can visit the Char Dhams daily. Now there is no cap on the number of devotees wanting to visit the Char Dham temples-- Kedarnath, Badrinath, Yamunotri or Gangotri.

However, the division bench of Chief Justice R S Chauhan and Justice Alok Kumar Verma also stated that each pilgrim must bring a negative Coronavirus test report as well as a vaccination certificate. Apart from that the court also added that the police deployment will be the same as it was earlier in different areas of the state. The court said that police deployment was needed in the districts of Chamoli, Rudraprayag, and Uttarkashi.

The Uttarakhand High Court had already set the maximum number of devotees allowed to visit the temples daily at 1,000 for Badrinath, 800 for Kedarnath, 600 for Gangotri, and 400 for Yamunotri due to the Coronavirus outbreak. The High Court had also prohibited bathing in any lake or stream near the shrines, in addition to imposing a daily restriction.

Objecting to the High Court’s order the state government had requested the court to expand the daily limit on the number of visitors. Thus, the state government had filed a petition with the High Court, demanding that it should change its previous judgement to allow more devotees to visit the Temple sites. The application further said that all guidelines established by the court in the earlier judgement are being observed. The Uttarakhand administration told the court that in the four dhams, all relevant measures have been taken.