The Chennai airport Authority mentioned that the step had been taken considering the security of the passengers in wake of heavy rains and winds. 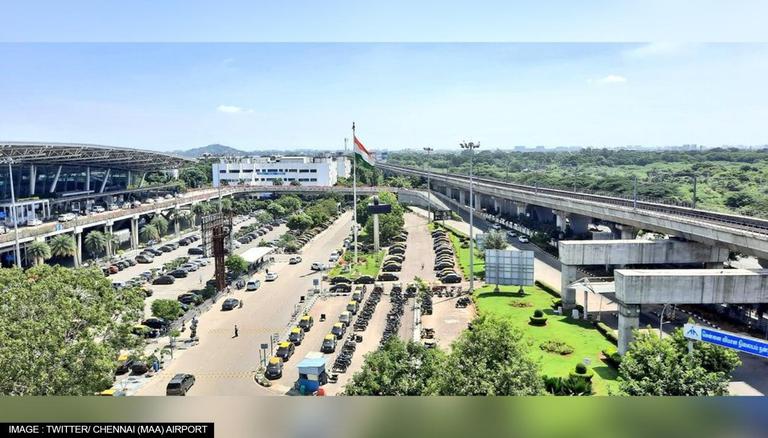 As the situation in Chennai due to rains grew grim, Prime Minister Narendra Modi offered his support to the state. Union Home Minister Amit Shah too has taken stock of the situation created due to the prevailing floods. Governor RN Ravi, who is currently visiting Delhi, had a telephonic conversation with Tamil Nadu Chief Minister MK Stalin to understand the undertaking of the rescue operations and relief measures.

As rains in Chennai wreak havoc, the city's airport authority went ahead and suspended arrivals. In a tweet, they cited heavy rains and strong winds as the reason for the same. The Airport Authority added that the step had been taken considering the security of the passengers.

While sympathising with the ones who had their tickets booked in the given time frame, the Chennai Airport Authority urged the concerned passengers to contact the respective airlines for any further updates regarding the present situation.

READ | Depression to cross coast between TN and AP around Chennai this evening, says IMD

#Update | Due to severe rains and heavy cross winds, arrivals at #AAI Chennai Airport will remain suspended from 1315 hrs to 1800 hrs, today. Departures will continue. The decision has been taken considering the safety aspect of passengers and severity of wind. @AAI_Official

Incessant rains in Chennai have jolted the state as reports claimed that 14 people have lost their lives in Tamil Nadu as of Thursday. The India Meteorological Department (IMD) had issued a red flag and claimed that Tamil Nadu was going to face 'heavy' to 'extremely heavy' rains in the upcoming days.

The IMD notified that the reason for the same was the creation of a depression over the Bay of Bengal. The weather department added that the weather was moving at a speed of 14 kmph and lay 80km south-east of Chennai. The IMD stated that the raised alert included the district of northern Chennai, Tiruvallur, Chengelpet, Kancheepuram, Ranipet, Villupuram and Cuddalore.

After rains hit the streets of Chennai, traffic was blocked as the Tamil Nadu Police had blocked 7 roads and 11 subways while creating diversions across several routes in Chennai. Reportedly, local trains were also suspended in the state due to waterlogging on the tracks.