Chhattisgarh: 500+ Team Deployed To Save Boy Trapped In Borewell; Process To Take 5-6 Hrs

As a 10-year-old boy was trapped for a third day in a row, agencies continued to intensify efforts to evacuate him at a village in Chhattisgarh. 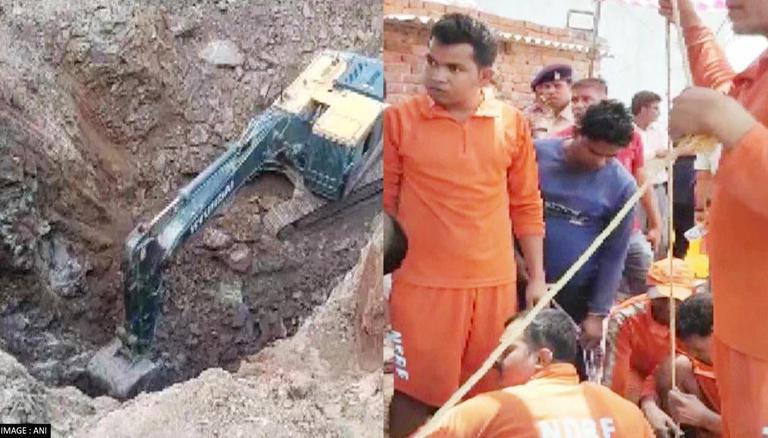 
As a 10-year-old boy remained trapped in a borewell for three days, agencies intensified efforts to evacuate him, at a village in Chhattisgarh's Janjgir-Champa district on Sunday. Authorities have been reporting to Chief Minister Bhupesh Baghel on a real-time basis in the situation. The boy Rahul Sahu fell into the borewell behind his house in the Pihrid village in Malkharoda development block. Notably, a remote-operated 'rescue robot' machine from Gujarat has been deployed in the rescue operation.

Briefing the citizens on the situation and rescue operation, Chief Minister Bhupesh Baghel tweeted on Saturday: "The rescue operation is going on since yesterday evening. According to the information, it may take 5-6 hours for us to reach Rahul. Banana and juice have been delivered to the child and the family is also talking to the child to motivate him morally. We all pray for his wellbeing."

Since Sahu fell into the 80-feet borewell on June 10, the authorities including the State Disaster Response Force (SDRF), National Disaster Response Force (NDRF), the army along with over 500 personnel have been working round the clock to rescue him using ultra-advanced machines including a 'rescue robot' machine sent from Gujarat. The District Collector and the Superintendant of Police (SP) are at the location monitoring the operation.

As per the latest information, a parallel pit being dug next to the borewell is nearing completion. Subsequently, a connecting tunnel will be created to reach the borewell to rescue the child.

The boy is conscious and is responding to the officials who can see him through the camera. The health department is constantly keeping a watch on the child through cameras. He was fed with a soft drink and a banana in the wee hours of Sunday and then provided with juice in the morning of June 12. For oxygen supply to the child, a pipe has been rolled out, said a government official.

The rescue personnel are also trying to drain out the water in the borewell with the help of a vessel attached to a rope. The child is also helping in the operation in the water removal process. Baghel also spoke with the family members of Rahul Sahu assuring them no efforts would be spared to save their son.