Condemning the behaviour as 'unacceptable', Bhupesh Baghel apologised to the man who was wrongly thrashed and suspended Surajpur collector Ranbir Sharma. 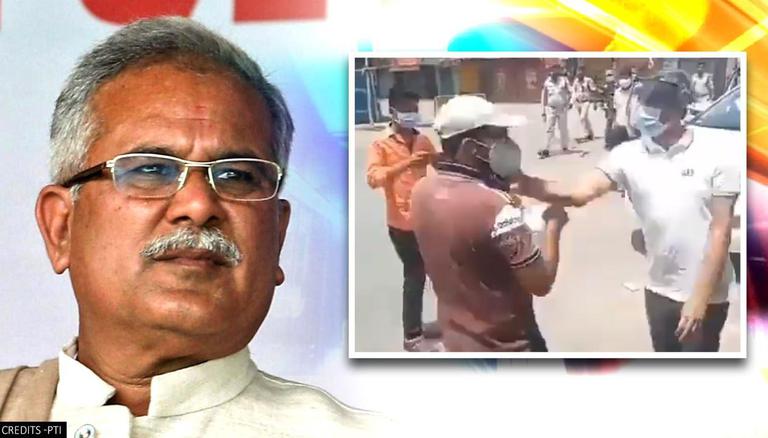 
Surajpur District Collecter Ranbir Sharma who had been caught on camera abusing his power and thrashing a man on the streets of Surajpur has been suspended. Taking to Twitter, Chhattisgarh Chief Minister Bhupesh Baghel came down heavily on the behaviour of the Surajpur collector saying that such incidents 'will not be tolerated' in the state. Condemning the behaviour of the Chhattisgarh collector as 'unacceptable', the CM apologised to the man who was wrongly thrashed and suspended Ranbir Sharma with immediate effect.

"Through social media, the case of misbehavior towards a young man by Surajpur Collector Ranbir Sharma has come to my notice. It is very sad and condemnable. In Chhattisgarh, no such act will be tolerated at all. Instructions have been given to remove Collector Ranbir Sharma with immediate effect. Such conduct is not acceptable in the life of any officer in duty. I am upset with this incident. I apologize to the young man and his family," said the Chhattisgarh Chief Minister.

This comes hours after the IAS Association strongly condemned the behaviour of Ranbir Sharma saying that it went 'against the basic tenets of the service and civility.'  A call to suspend him was also initiated by former J&K DGP Shesh Paul Vaid who stated that the law does not authorize any public servant to physically assault and destroy the personal property of any citizen.

The IAS Association strongly condemns the behaviour of Collector Surajpur, Chhattisgarh.
It is unacceptable & against the basic tenets of the service & civility.
Civil servants must have empathy & provide a healing touch to society at all times, more so in these difficult times.

In a shocking incident, a District Collector in Chhattisgarh was caught violently thrashing a man who was out on the streets allegedly to buy COVID-19 medicines for his family amid the lockdown. Despite Aman Mittal's (23) repeated explanations and attempts to show a piece of paper, Ranbir Sharma, District Collector from Surajpur can be seen ordering the cops to lathi-charge the man. Moreover, he can also be seen smashing the man's mobile phone when he attempts to show him something on the device.

After the video went viral on social media and drew widespread criticism, Ranbir Sharma apologised for his misbehaviour, saying that he never intended to belittle Aman Mittal. "Today a video is viral on social media in which I am shown slapping a man who was out during lockdown. I sincerely apologize for today's behaviour. I never had any intention to disrespect or belittle the person in the video," he said.