The Chhattisgarh government on Friday has issued orders to open the liquor shops in the state, contrary to the guidelines of the national lockdown

The Chhattisgarh government on Friday has issued orders to open the liquor shops in the state, contrary to the guidelines of the national lockdown. According to sources, a four-member team has been formed to operate the liquor shops during the lockdown. Further, the Special Secretary of the Excise Department has issued a letter in this regard. 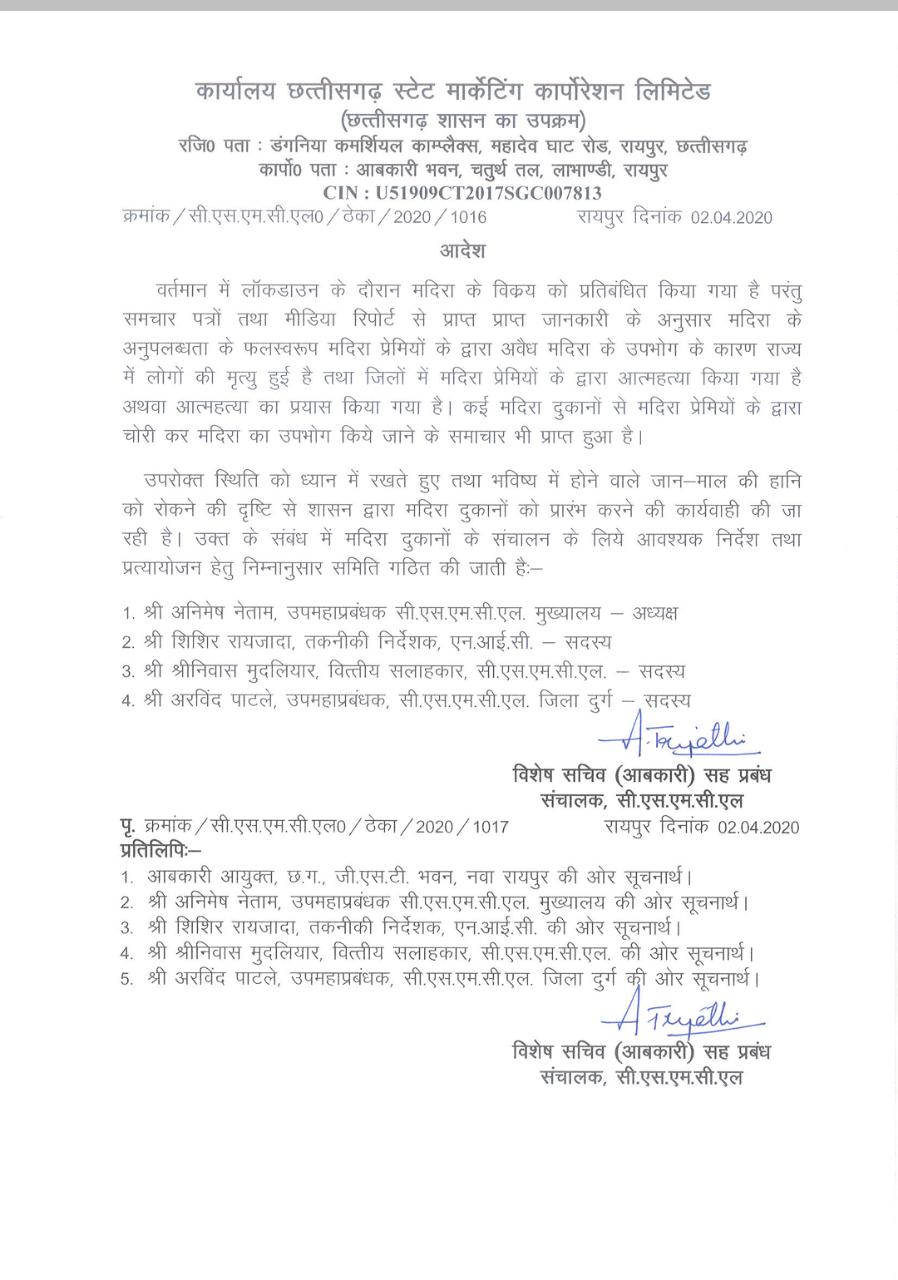 On March 24, Prime Minister Narendra Modi had announced a 21-day lockdown in the entire country effective from midnight of March 25 to deal with the spread of coronavirus, saying that "social distancing" is the only option to deal with the disease, which spreads rapidly. The 21-day curfew is applicable to all states, districts, and villages - irrespective of whether they were earlier under curfew or not.

As per the latest figures, there are over 2060 coronavirus positive cases in India. While 53 deaths have been reported overall, 156 people have also been cured/discharged/migrated.

PEOPLE HAVE PLEDGED SO FAR
LATEST NEWS
View all
48 mins ago
BJP MP fined for violating Covid rules
44 mins ago
CM Thackeray asks officials to file damage report on Cyclone Nisarga within 2 days
1 hour ago
Labourers in Jharkhand need to give details to govt before going to work outside state: Hemant Soren