In view of the rise in coronavirus infections in Chhattisgarh, Chief Minister Bhupesh Baghel on Tuesday ordered a ban on rallies, processions and other kind of public events across the state, an official release said in Raipur. 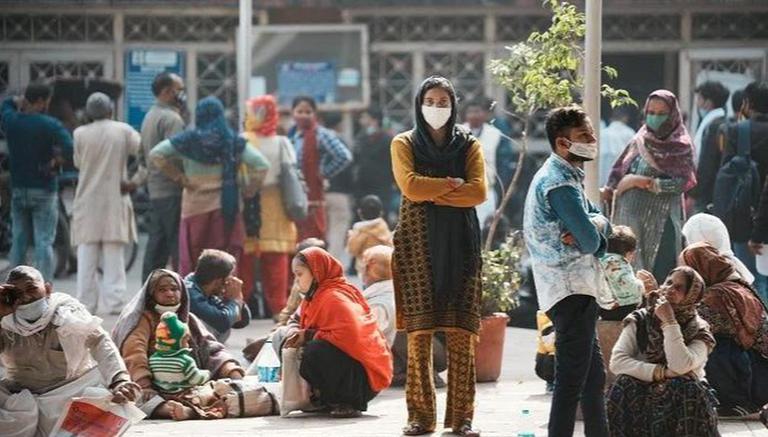 
In view of the rise in coronavirus infections in Chhattisgarh, Chief Minister Bhupesh Baghel on Tuesday ordered a ban on rallies, processions and other kind of public events across the state, an official release said in Raipur.

Baghel also ordered a "night clamp-down" from 10 pm to 6 am in the districts where the case positivity rate is 4 per cent and above, it added.

The directives to district collectors and superintendents of police (SPs) were issued in the light of a sharp spike in COVID-19 cases in the last one week, the release said.

The state recorded 1,782 new cases of coronavirus in the last one week. On Monday alone, 698 fresh infections were reported.

“The chief minister has instructed collectors and SPs to ensure compliance of all possible measures to contain the transmission of coronavirus, stating that the objective is to limit the risk of spread of the infection and not to slow down economic activities,” the statement issued by the Public Relations department said.

A night clamp-down will be enforced from 10 pm to 6 am in the districts with a positivity rate of 4 per cent or above.

Processions, rallies, public gatherings and social, cultural, religious and sports events will be banned in all the districts of Chhattisgarh.

District officials were instructed to hold meetings with non-government doctors, private hospitals, NGOs and media representatives to devise strategies to check the spread of the infection and keep a tab on false news and reports about the pandemic.

“Collectors and SPs should also hold meetings with Chamber of Commerce representatives, owners of malls, gyms, cinema halls, theatres, hotels, restaurants, swimming pools, auditoriums and wedding venues besides wholesalers and event management groups to ensure that these places function with only one third of their capacity," the directive stated.

In the districts that have a positivity rate of over 4 per cent, these public spaces should not be allowed to function, it said.

RT-PCR test has been made mandatory for all passengers arriving at airports in Chhattisgarh from other states, while people who have taken both doses of COVID-19 vaccines will have to submit a negative RT-PCR test report no older than 72 hours from the date of travel, the release said.

Authorities have also been asked to conduct random testing of people at railway stations and interstate borders.

Local administrations have been asked to set up micro or mini containment zones wherever necessary.

According to the directive, official call centres should remain active 24 hours a day for people who are in home isolation, while infected persons in home isolation in rural areas should be monitored by Mitanin (health volunteers).

The district administrations have been directed to keep a daily record of the availability of hospital beds and the stocks of medicines and oxygen.

The information about the availability of beds in all government and private hospitals should be published online, it said.

“Wherever necessary, action should be taken under the provisions of section 144 (which bars assembly of five or more people) of the Code of Criminal Procedure and also the Epidemic Diseases Act," the release added.

The chief minister also asked government officials and employees to hold meetings through video conference and not to travel by air or railway unless there is urgency.