Chidamabaram At AICC After 27 Hour Absence, Watch Moment He Surfaced

After 27 hours of being untraceable, Congress leader P Chidambaram arrived at the AICC HQ and unbelievably addressed a press conference on Wednesday evening

After 27 hours of being untraceable, Congress leader P Chidambaram arrived at the AICC HQ and unbelievably addressed a press conference on Wednesday evening at 8:20 PM. Chidambaram's plea seeking anticipatory bail in the INX media case was rejected by the Delhi High Court on Tuesday. On Wednesday, the Supreme Court listed the hearing of his plea seeking interim relief from arrest on Friday. Even as CBI and ED issued lookout notices to the former Home Minister and issued him summons, he had remained underground only to surface at the Congress headquarters, surrounded by top legal eagles.

Here are his first pictures from the moment he arrived: 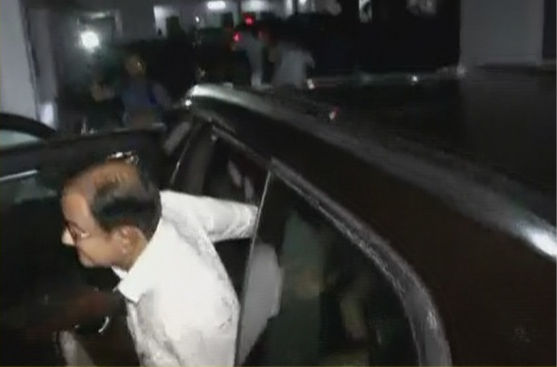 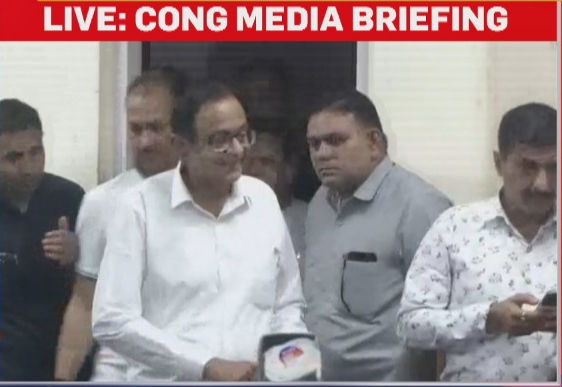 READ: Missing P Chidambaram's desperate plea to be heard by SC on Friday

Earlier in the day, Chidambaram's petition seeking protection from arrest was mentioned before a bench comprising Justices N V Ramana, M Shantanagoudar and Ajay Rastogi who said the case will be put before CJI Ranjan Gogoi. Solicitor General Tushar Mehta, appearing for the CBI and ED, told the bench that it was a case of money laundering of "monumental magnitude". One of the law officers assisting Mehta said, "We are ready and fully prepared to oppose any move by Chidambaram". At the outset, Sibal told the apex court that Chidambaram's plea was dismissed by the Delhi High Court on Tuesday. He said Chidambaram was granted protection from arrest for more than a year in the INX case lodged by the CBI and ED. Sibal said that the High Court had also refused to grant any protection from arrest to Chidambaram to enable him to approach the apex court. "The matter should be heard. I (Chidamabaram) should not be arrested in the meanwhile," Sibal said. He also told the court that at 2 am on Wednesday the probe agencies pasted a notice on Chidambaram's house that he has to appear before them within two hours. When Sibal said they have got their petition numbered from the Registry, the bench said, "You finish all formalities."

The Delhi High Court on Tuesday rejected the bail plea of Chidambaram in the INX media case. He had approached the court with an anticipatory bail plea in the corruption and money laundering case against him. During arguments in the court, both the CBI and the Enforcement Directorate (ED) had opposed his plea on the ground that his custodial interrogation was required as he was evasive during questioning. After Delhi High Court's order, P Chidambaram was seen outside the Supreme Court and his lawyer Abhishek Singhvi said that the former union minister was with him till 06;30 hours on Tuesday.