After hour long drama and 27 hour long search, the CBI arrested former finance minister and former home minister P Chidambaram. He will be in custody.

After 27 hours of being untracable when Congress leader P Chidambaram arrived at the AICC head office for a press conference, and within minutes returned to his Jor Bagh residence, the CBI followed him and arrested him on Wednesday. In unprecedented visuals, the CBI team climbed the walls of Chidambaram's residence to enter his place. The CBI officials after almost  30-minutes long drama arrested former finance minister P Chidambaram for custodial interrogation in the money laundering and corruptioncases.

Here is the first picture of P Chidambaram's arrest: 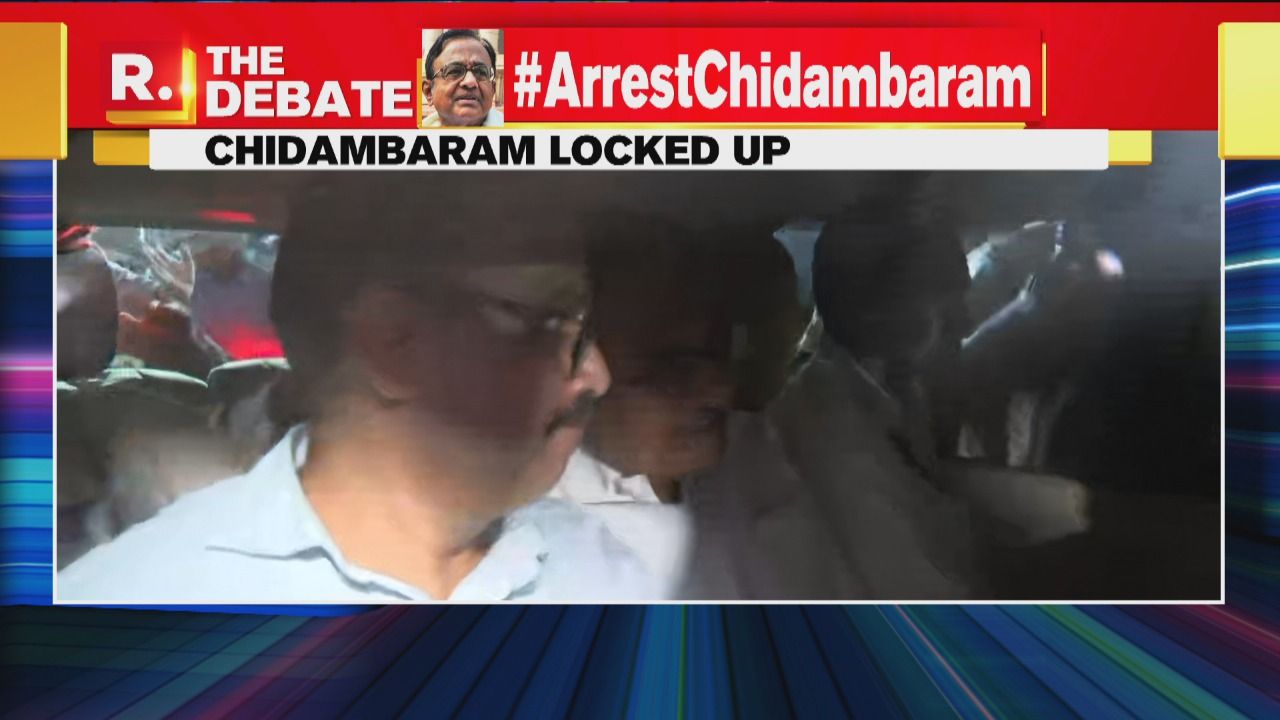 Chidamabarm's plea seeking anticipatory bail in the INX media case was rejected by Supreme Court on Tuesday. On Wednesday, Supreme Court listed the plea of Chidambaram seeking interim relief from arrest on Friday. The CBI and ED issued lookout notice to the leader, and said in the Supreme Court that custodial interogation is necessary as Chidambaram is being evasive.

Earlier in the day, Chidambaram's petition seeking protection from arrest was mentioned before a bench comprising Justices N V Ramana, M Shantanagoudar and Ajay Rastogi who said the case will be put before CJI Ranjan Gogoi. Solicitor General Tushar Mehta, appearing for the CBI and ED, told the bench that it was a case of money laundering of "monumental magnitude".

READ: Missing P Chidambaram's desperate plea to be heard by SC on Friday