As P. Chidambaram still remains untraceable, the investigation carried out by the agencies reveal a total of six companies, along with INX media in the probe.

As P. Chidambaram still remains untraceable, Republic accesses fresh details of the case against the former Union Minister, that accentuates on the probe by investigative agencies that go beyond the INX media case, along with an emergence of a Panama link.

The investigation carried out by the Enforcement Directorate (ED) reveals a total of six companies, along with INX media as a part of the corruption and money laundering probe. The ED suspects that along with the INX media scam, money was also received by the following companies- Aircel maxis, Diageo Scotland Ltd, Katara Holdings, El Forge Ltd, Desert Dune in the money laundering scam.

In a sensational revelation, Republic has learned that CBI is also probing a Panama link in the case against the senior Congress leader. In a shell company linked to the Chidambaram family, it was learned that Karti Chidambaram had rooted money through a company named Unison Global Investment Ltd, based out of the British Virgin island, thus busting Karti's assertion that there was no link between him and his father Chidambaram.

Chidambaram on a run?

Officials from both CBI and ED reached P. Chidambaram's residence on Tuesday evening, just hours after the Delhi High Court dismissed his plea for an anticipatory bail in the INX Media Scam, opening up the possibility of an arrest of the former Home Minister.

Chidambaram was last seen at the Supreme Court along with the Congress legal eagles- Abhishek Manu Singhvi, Kapil Sibal, and Salman Khurshid at around 5 PM on Tuesday evening when the Congress senior leaders were confronted by Republic TV. 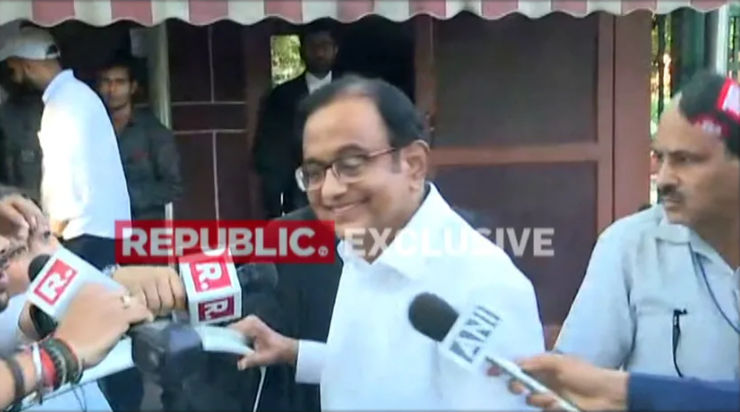 Here's a timeline of the development:

11:30 PM Tuesday: CBI team pastes summon on his main gate asking him to appear in 2 hours

1:10 AM Wednesday: Chidambaram's lawyer writes to the CBI

8:10 AM Wednesday: The CBI team arrives at the former Union Minister's home again