Republic accesses the Order Copy crushes down the arguments put forth by P. Chidambaram's Counsel and the Congress lawyers defending him from the CBI custody.

The Special CBI Court has granted custody of Congress leader P. Chidambaram to the CBI in the INX media case after the agency complained that he was not cooperating in the probe. The order comes despite the former Union Minister's team pushing to hold back the custodial interrogation.

Pronouncing the order in the Rouse Avenue Court, the Judge allowed CBI to take over the custody of Chidambaram for 5 days, until August 26 to quiz the former Finance Minister over corruption and money laundering case.

"Considering the facts and circumstances, I am of the view that police custody is justified," the judge said and remanded him to CBI’s custody till August 26 for the INX media case.

Earlier, the CBI had sought his 5-day custodial interrogation, saying there is a need to unearth a larger conspiracy, which was countered by Congress senior leader and Chidambaram's lawyer, Kapil Sibal. Besides Sibal, senior advocate and Congress leader Abhishek Manu Singhvi also appeared for Chidambaram and opposed CBI’s plea by saying that the former Union Minister was not a flight risk.

Here's a copy of the Order Copy 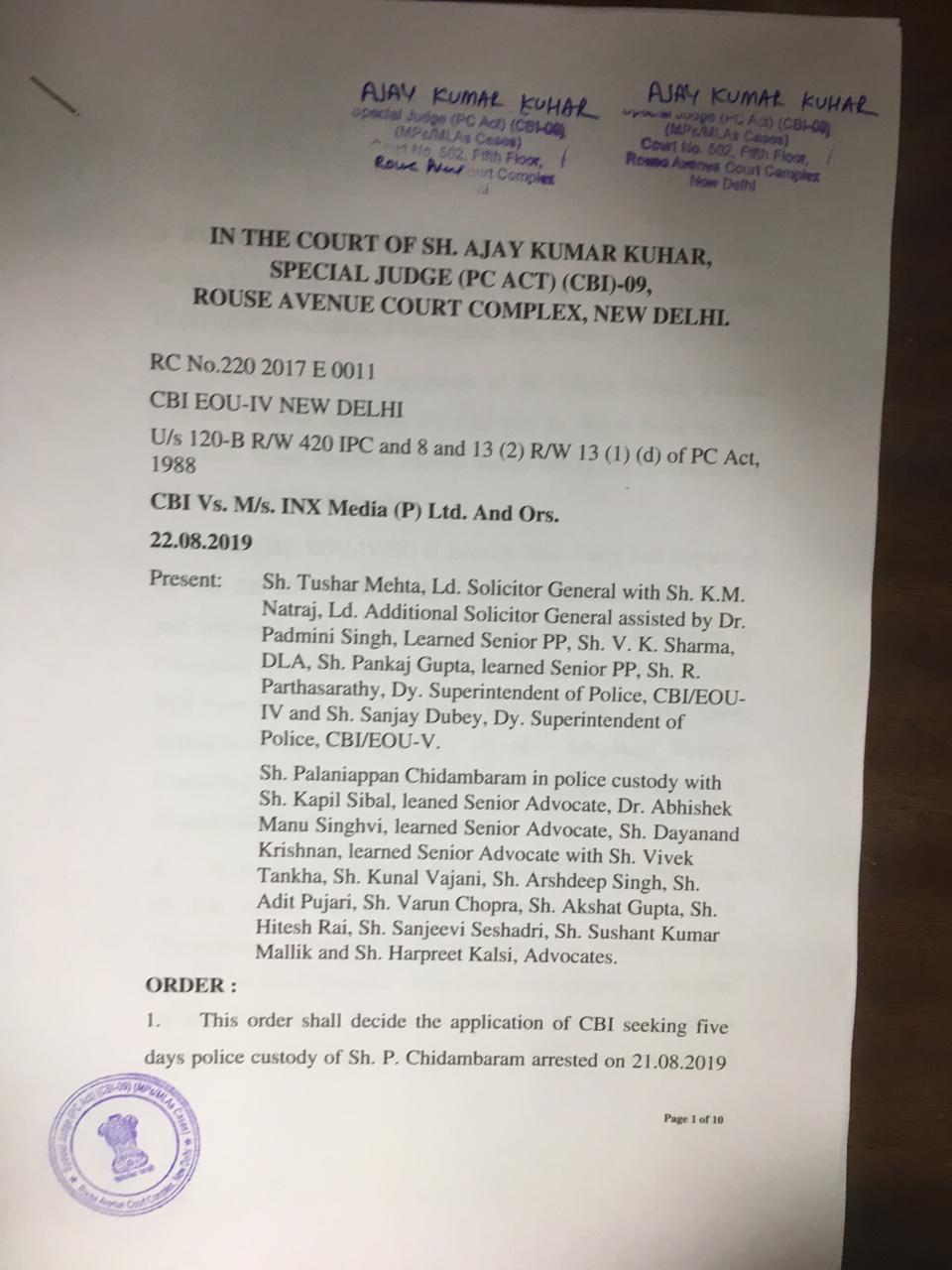 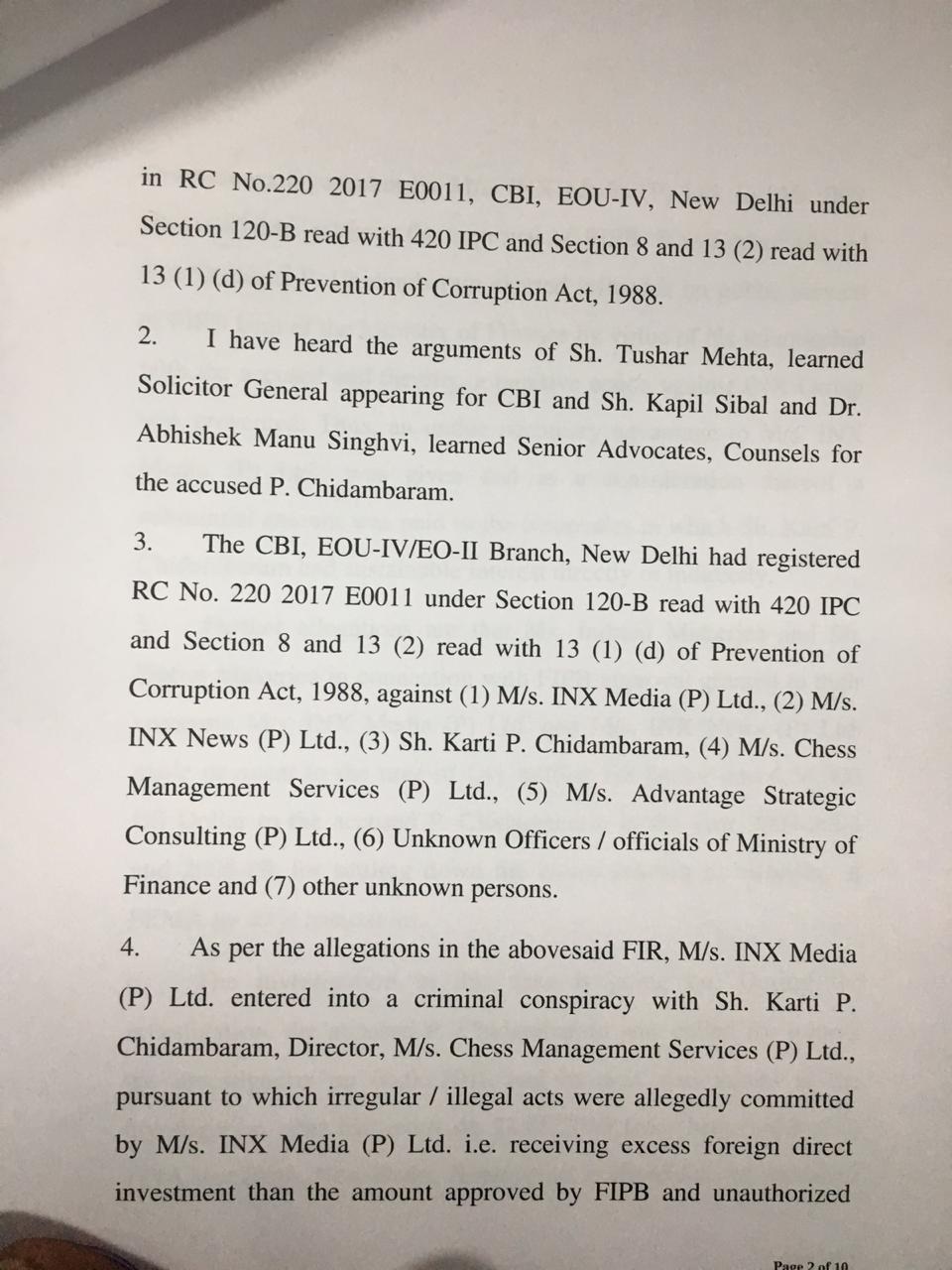 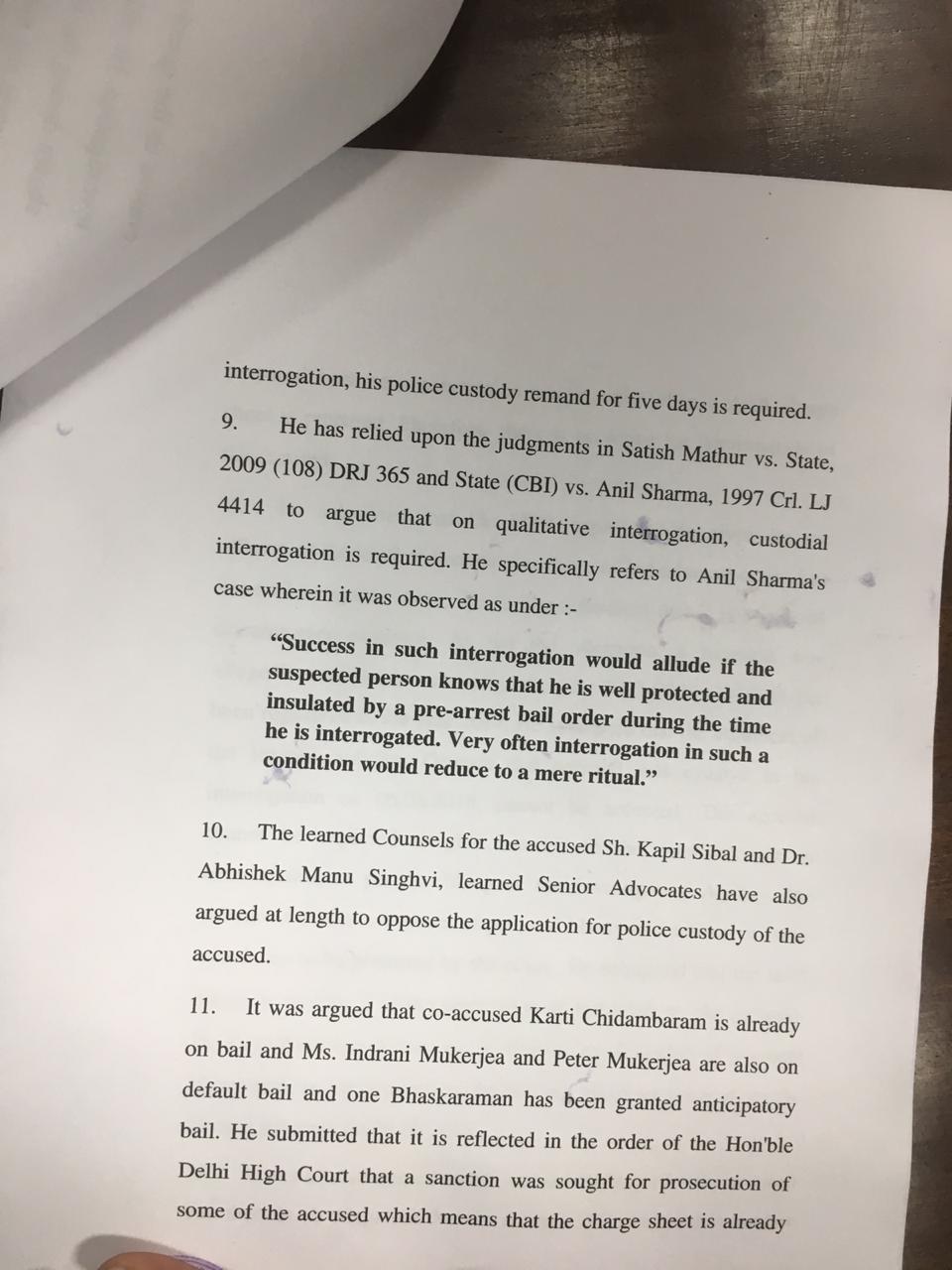 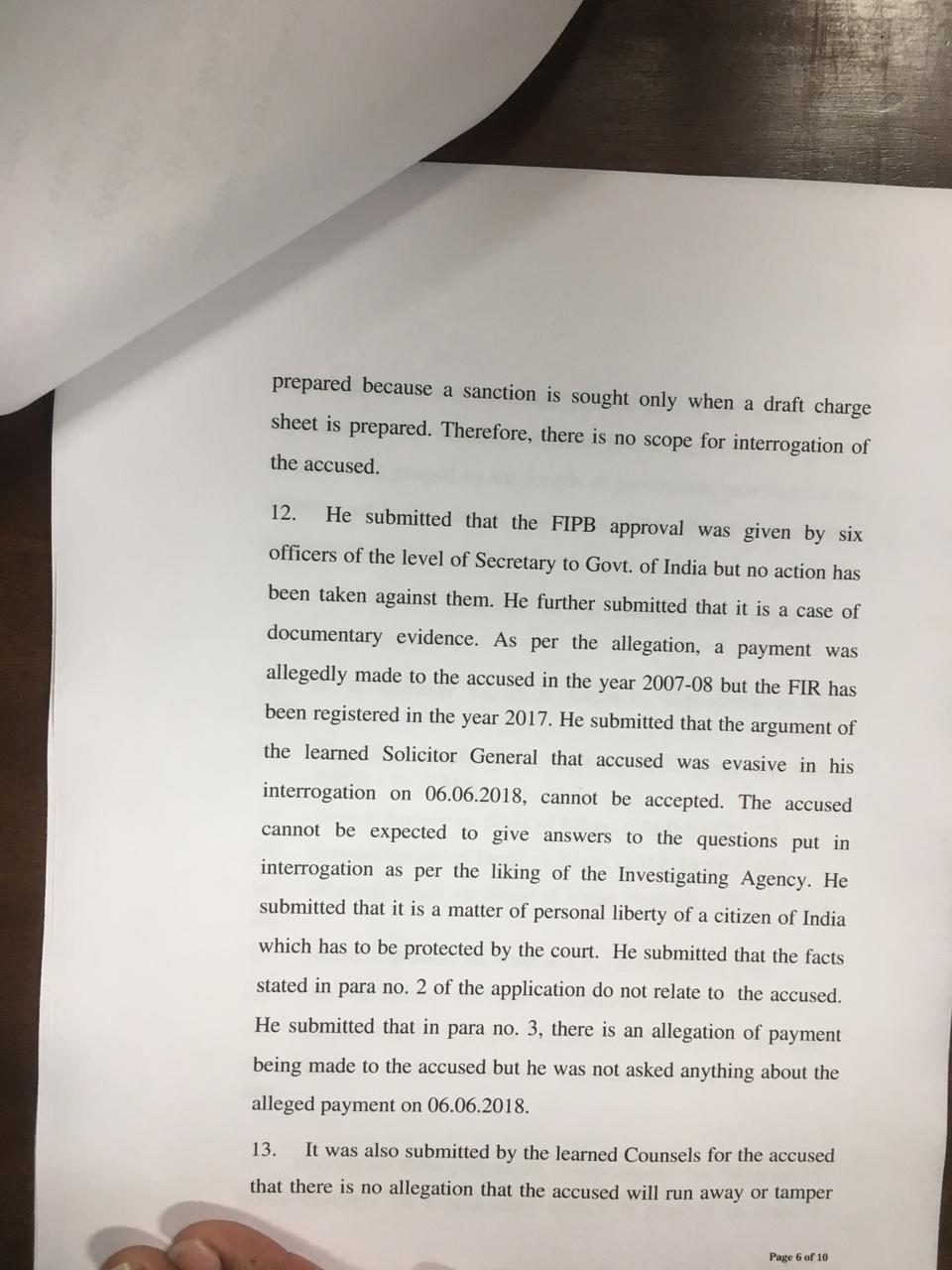 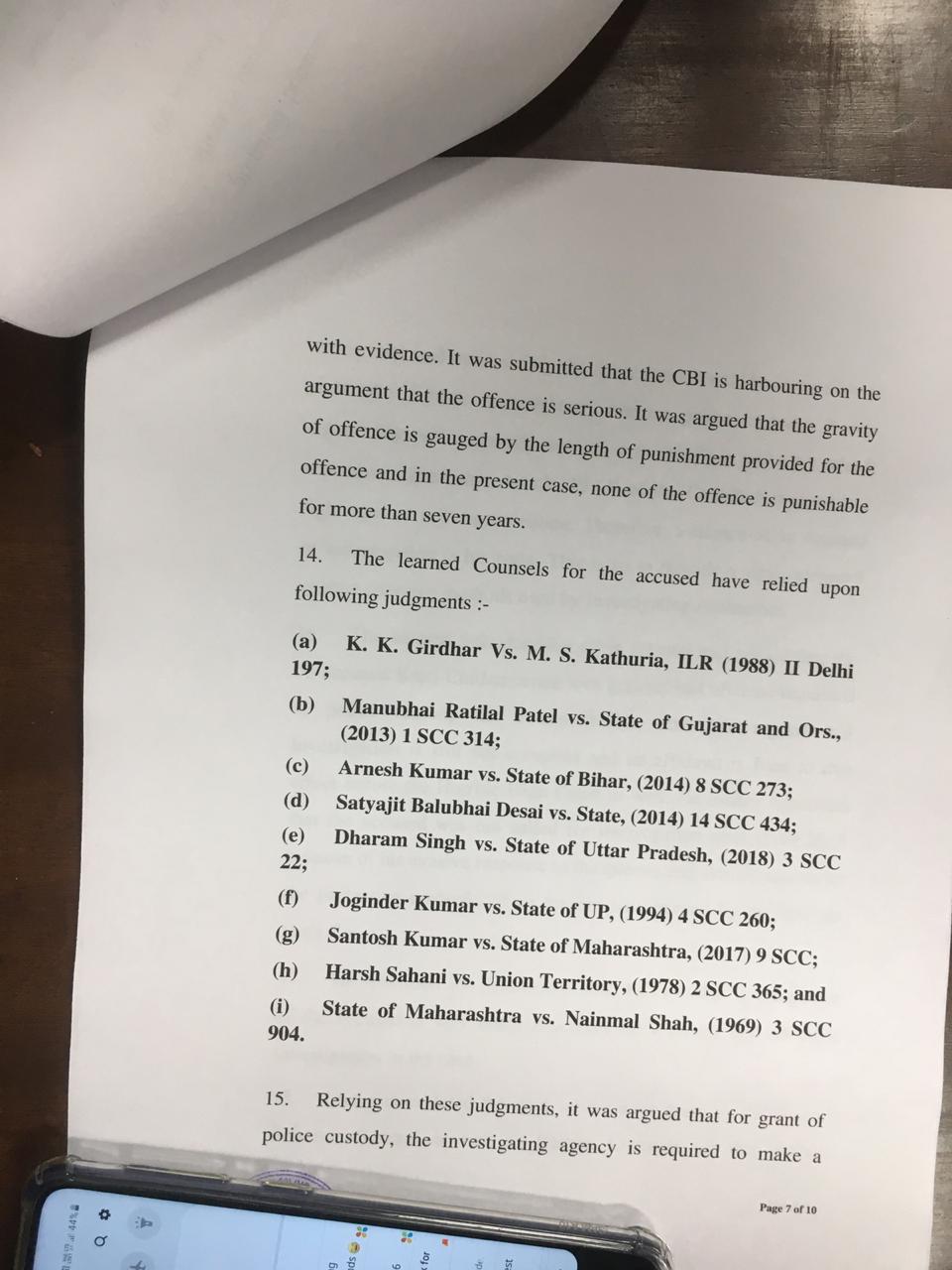 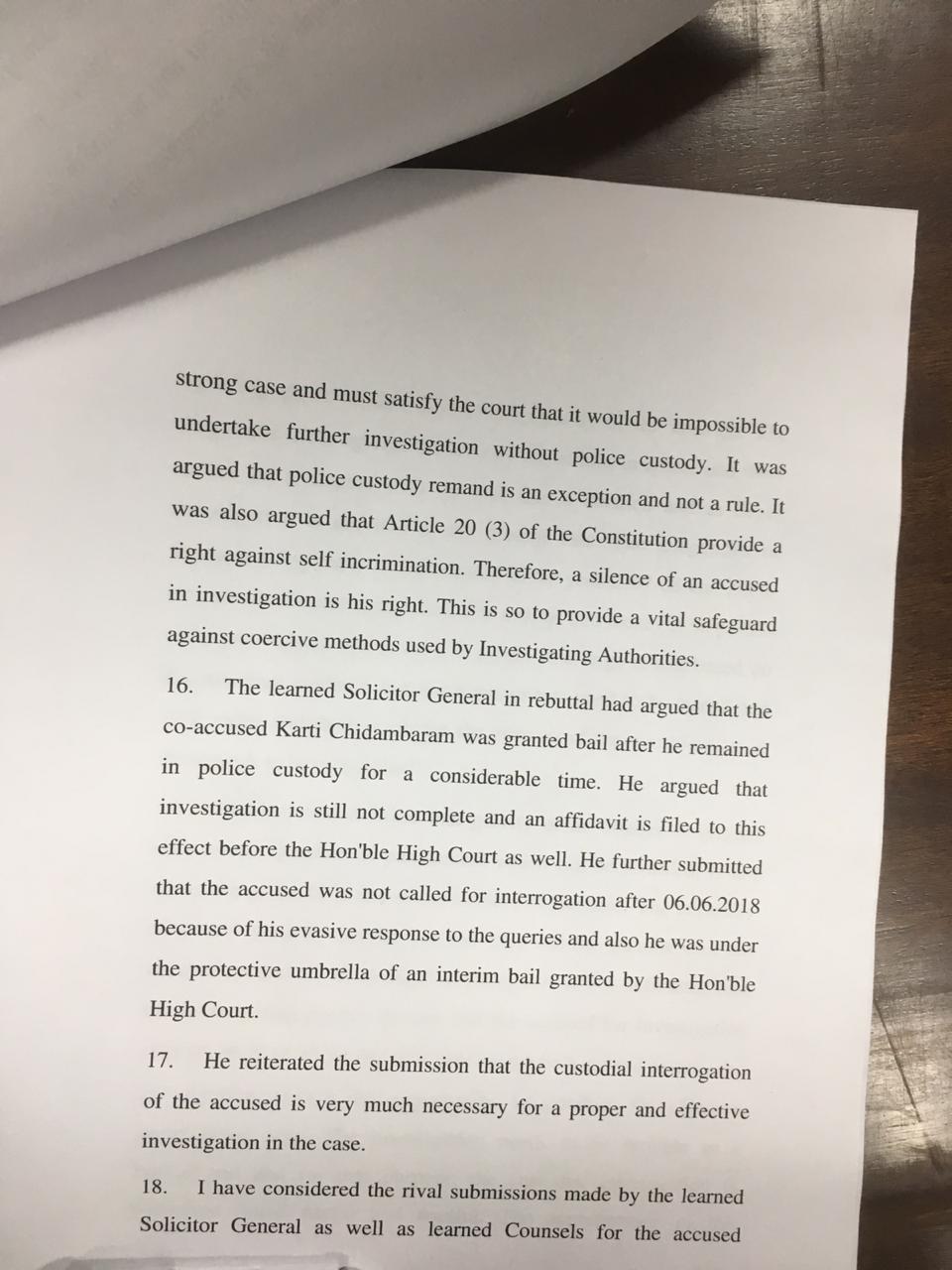 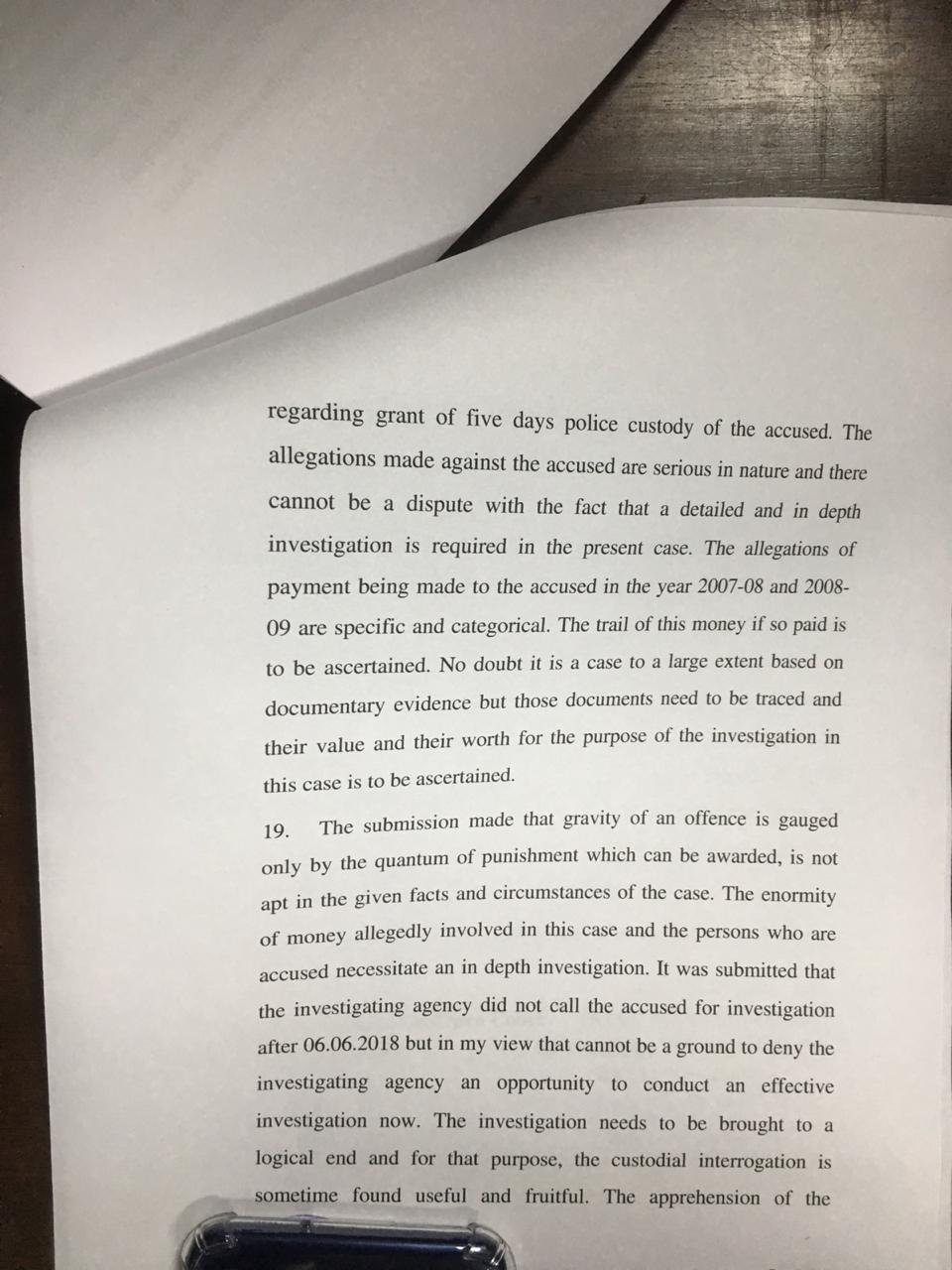 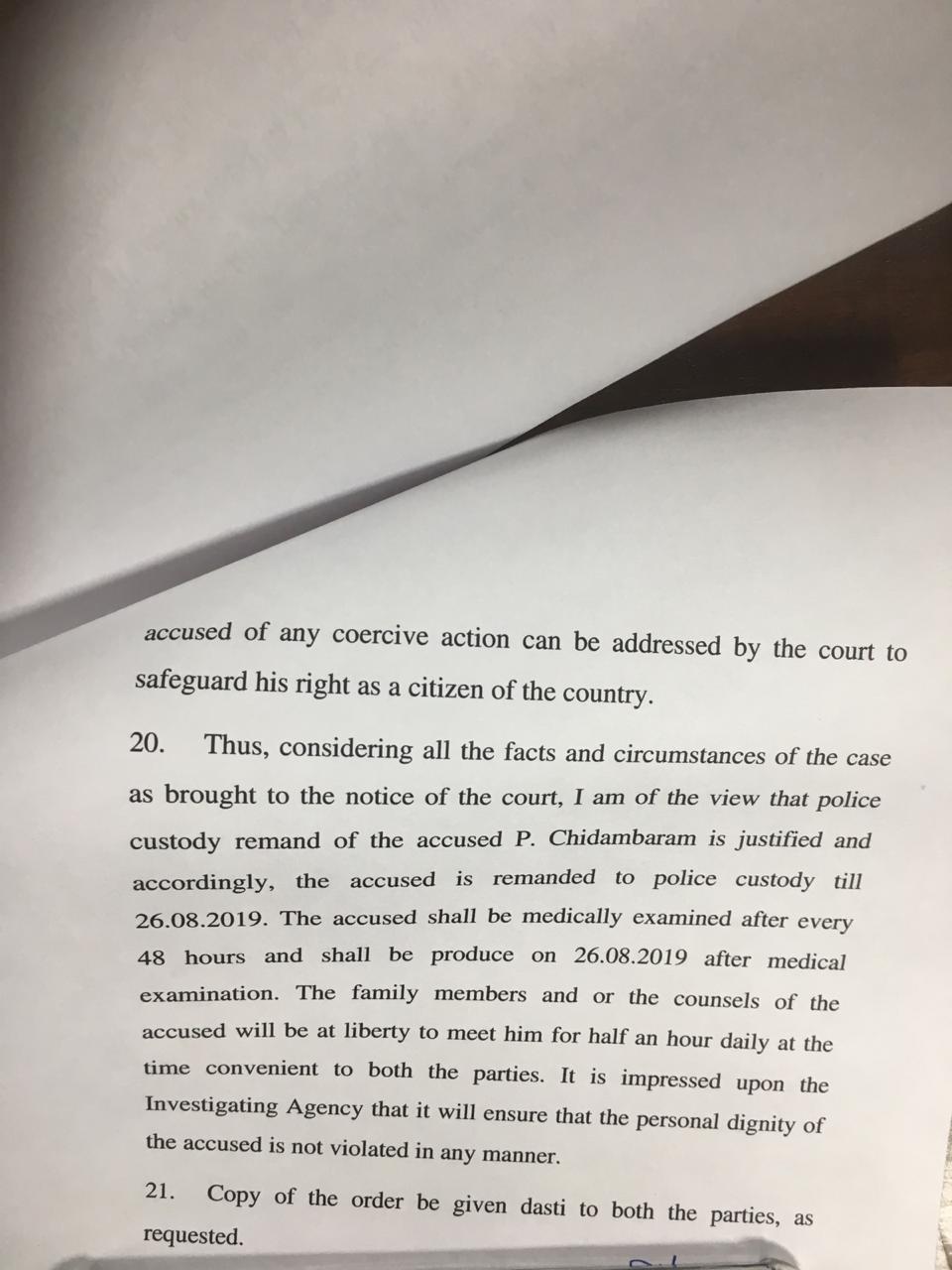 Arrested by CBI, Congress' P. Chidambaram was produced before the Delhi High Court on Thursday over the INX case, wherein the agency sought 5-day custodial interrogation and put forth their arguments.

Solicitor General Tushar Mehta, representing CBI in the case, argued that Chidambaram entered into a criminal conspiracy with others in the scam.

"He is not cooperating in the investigation," Mehta said, adding that he has been evasive in replies and grave offence was committed. The hearing is taking place before Special Judge Ajay Kumar Kuhar. Mehta said it is a serious and monumental case of money laundering. He said Chidambaram's custodial interrogation was necessary to unearth the "quid pro quo and larger conspiracy" and he is required to be confronted with documents. Mehta placed the Delhi High Court's judgement dismissing Chidambaram's anticipatory bail plea and also referred to the observations made in it.

CHe said the charge sheet has not been filed in the case yet and it is at pre-charge sheet stage, therefore, "we need a material which Chidambaram is holding". "Effective investigation is possible only in custodial interrogation," he argued. Mehta contended that serious, active and informed role of the accused is made out and the money trail is made out and has to be probed. Chidambaram's custodial interrogation required to get the answer of certain questions for effective probe, he said.