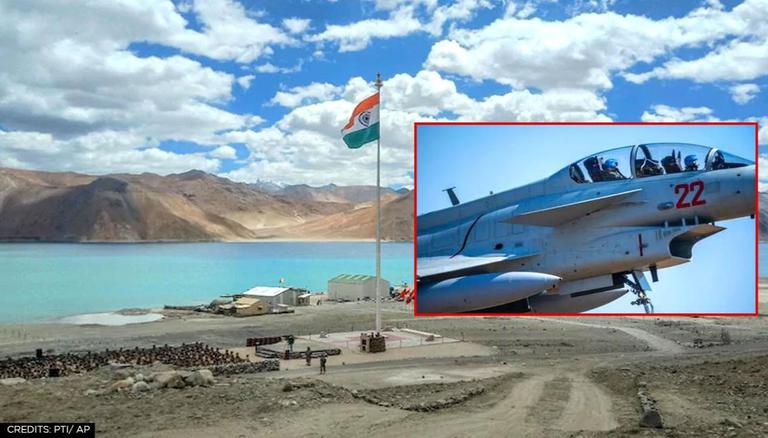 
Even as India and China continue to engage in a military standoff along the Line of Actual Control for over a year, the Chinese Air Force recently carried out a huge aerial exercise from its airbases opposite Eastern Ladakh which was watched and monitored by the Indian side, defence forces said on Tuesday.

Around 21-22 Chinese fighter aircraft mainly including the J-11s which are the Chinese copy of the Su-27 fighters and a few J-16 fighters held an exercise opposite the Indian territory in Eastern Ladakh, defence sources told ANI. The recent exercise, was watched closely by the Indian side, they said.

The Chinese fighter aircraft activities took place at the Hotan, Gar Gunsa and Kashgar airfields that were upgraded recently to enable operations by all types of aircraft and to conceal the number of fighters present at its different airbases, reports said.

As per the Indian defence force, the Chinese aircraft remained well within their territory during the aerial drills. Meanwhile, the Indian fighter aircraft activity has increased significantly in the Ladakh area since last year.

"After the summer deployments of the Chinese troops and Air Force this year, the Indian Air Force has also been regularly deploying detachments of its fighters including the MiG-29s in Ladakh," ANI sources said.

The Indian Air Force also conducts regular drills over the Ladakh skies with its most capable Rafale fighters which have boosted the Indian military might all along the Line of Actual Control. Reports state that even though the Chinese have withdrawn troops from the Pangong lake area, they have not moved their air defence systems including the HQ-9 and HQ-16 that can target aircraft at long ranges.

READ | India to get new Israeli Heron drones; will be deployed at Ladakh & LAC to monitor China

India closely watched the activities of the Chinese Air Force including the airfields in Hotan, Gar Gunsa, Kashghar, Hopping, Dkonka Dzong, Linzhi and Pangat airbases in the Xinjiang and Tibet region.

Indis has an edge over China

In the initial phase of the tension with China in the month of April-May 2020, the Indian forces had seen the deployment of Su-30s and MiG-29s in the forward air bases that played an important role in thwarting an airspace violation bid by the Chinese aircraft in the Eastern Ladakh sector.

The IAF has an edge over the Chinese in the Ladakh region as their fighters need to take off from very high-altitude bases while the Indian fleet can take off from plains and reach the mountainous region in almost no time. Due to the speed of its assets, the Indian Air Force can deploy fighter squadrons at rapid speeds all across the country and despite limited resources, can use them very effectively.