Chinese Visa Scam: Congress MP Karti Chidambaram Likely To Be Quizzed By CBI On May 26

Congress MP Karti Chidambaram is likely to appear before the Central Bureau of Investigation (CBI) on Thursday in connection with the Chinese visa scam. 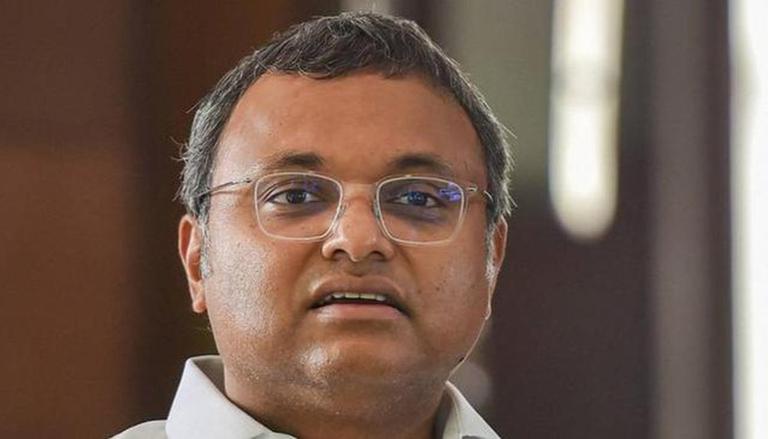 
Congress MP Karti Chidambaram is likely to appear before the Central Bureau of Investigation (CBI) on May 26, Thursday in connection with the Chinese visa scam. Chidambaram did not appear before the CBI on May 25 to join the investigation. Meanwhile, in a fresh development, the Enforcement Directorate (ED) registered a case against Chidambaram under provisions of the Prevention of Money Laundering Act (PMLA).

On May 24, Karti Chidambaram issued a statement that he is returning to India from his UK-Europe trip and accused the central government of a witch-hunt against him. Chidambaram added that he is not intimated by the central agencies and has vowed to fight against "motivated attempts" to target his father P Chidambaram who is also a former Union Minister.

"It does not intimidate me that the central government is once again using its agencies to accuse me of a malicious and completely fabricated charge. Previously, the agencies have gone after me on the basis of the statement of an undertrial murder suspect. Now, they are basing their bogus charges on the alleged actions of a deceased person, whom I never met," he said in his statement.

"For what it's worth, however, I firmly state that I am not associated with this visa issue directly, indirectly, vicariously or even telepathically! The allegations against me by the CBI are ludicrous, to say the least. I categorically deny all of them."

"I say with certainty that I have never facilitated even a single Chinese national in their visa process, let alone 250. I have no knowledge of the procedures, processes and the formalities that need to be fulfilled in order to obtain visas related to project work in India..." the Congress MP said further.

The CBI has registered a case against Karti Chidambaram. As per the FIR, Rs 50 lakh was being paid as bribe to Karti Chidambaram and his close associate S Bhaskararaman by a top executive of Vedanta group company Talwandi Sabo Power Ltd. (TSPL), that was setting up a power plant in Punjab. The agency has already taken Bhaskararaman in custody in connection with the case.

According to the CBI, the work for setting up the power project was being executed by a Chinese company and was running behind schedule. A TSPL executive had sought re-issuance of project visas for 263 Chinese workers for which Rs 50 lakh allegedly changed hands, according to the CBI FIR. The incident reportedly took place in 2011 when P Chidambaram was the Union Home Minister.