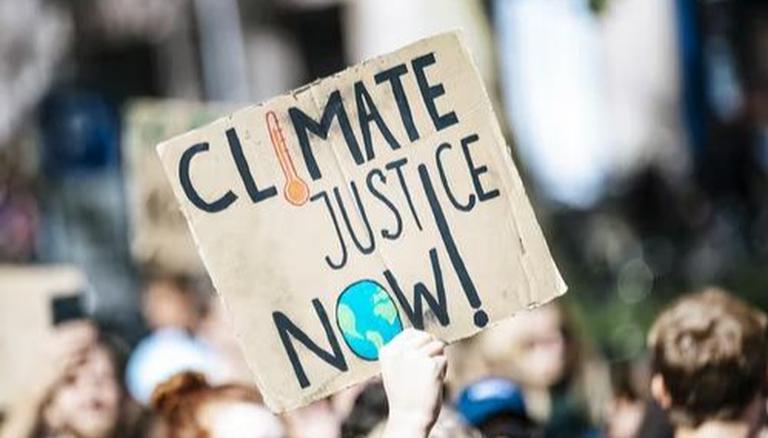 According to the updated NDC, India now stands committed to reducing emissions intensity of its GDP by 45% by 2030, from 2005 level, and achieving about 50% cumulative electric power installed capacity from non-fossil fuel-based energy resources by 2030.

NDCs means national plans and pledges made by a country to meet the goal of maintaining global temperature increases to well below 2 degrees Celsius above pre-industrial levels, while aiming for 1.5 degrees Celsius to avoid the worst impacts of climate change.

At the 26th session of the Conference of the Parties (COP26) of the UN Framework Convention on Climate Change (UNFCCC) last November, Modi had announced that India's non-fossil energy capacity will reach 500 GW by 2030.

He had said India will fulfil 50% of its energy requirements from renewable energy sources by 2030 and reduce its total projected carbon emissions by 1 billion tonnes by that year.

India will reduce the carbon intensity of its economy by 45%, over 2005 levels and achieve the target of net zero emissions by 2070, Modi had said.

Net zero means achieving a balance between the greenhouse gases put into the atmosphere and those taken out.

"The updated NDC seeks to enhance India's contributions towards the achievement of the strengthening of the global response to the threat of climate change, as agreed under the Paris Agreement.  "Such action will also help India usher in low emissions growth pathways.  It would protect the interests of the country and safeguard its future development needs based on the principles and provisions of the UNFCCC," the Cabinet said in a statement.

This update to India's existing NDC translates the 'Panchamrit' announced at COP 26 into enhanced climate targets. The update is also a step towards achieving India's long-term goal of reaching net-zero by 2070, it said.

India had submitted its NDCs to the UNFCCC on October 2, 2015. It comprised eight goals; of which three have quantitative targets up to 2030 - cumulative electric power installed capacity from non-fossil sources to reach 40% t; reduce the emissions intensity of GDP by 33 to 35% compared to 2005 levels and creation of additional carbon sink of 2.5 to 3 billion tonnes of CO2 equivalent through additional forest and tree cover.

The approval also takes forward the prime minister's vision of sustainable lifestyles and climate justice to protect the poor and vulnerable from adverse impacts of climate change.

The updated NDC reads: "To put forward and further propagate a healthy and sustainable way of living based on traditions and values of conservation and moderation, including through a mass movement for 'LIFE' - 'Lifestyle for Environment' as a key to combating climate change".

The decision on enhanced NDCs demonstrates India's commitment at the highest level for the decoupling of economic growth from greenhouse gas emissions, the cabinet said.

India's updated NDC has been prepared after carefully considering our national circumstances and the principle of common but differentiated responsibilities and respective capabilities (CBDR-RC).