Army Chief Manoj Mukund Naravane lauded the efforts of the Bangla people who bravely fought for their right to liberty and independence in 1971. 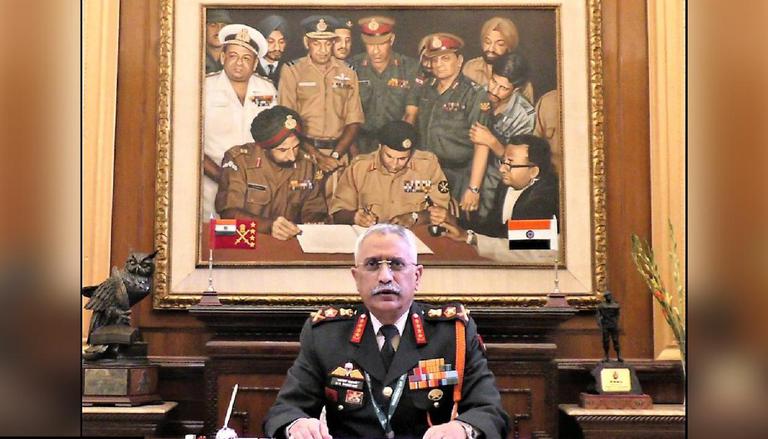 
On the 50th anniversary of the Liberation of Bangladesh, the Indian Army's think-tank Center for Land Warfare Studies (CLAWS) organized an event where the Chief of Army Staff (COAS) General Manoj Mukund Naravane lauded the efforts of the Bangla people who bravely fought for their right to liberty and independence in the year 1971. On Wednesday, Naravane addressed an event that was hosted by the Indian Army to release a book based on the liberation of Bangladesh named "Bangladesh Liberation @ 50 Years of Bijoy".

Addressing the people present at the event, the Chief of Army Staff praised Bangladeshis and said that the liberation movement of Bangladesh changed the lives and destinies of millions of Bangla brothers and sisters who are today living happily in neighboring Bangladesh. He also acknowledged the efforts of the army men who lost their lives in the 1971 Bangladesh Liberation War. "I pay homage to those brave hearts on both sides of the border who gave it all for a brighter and more secure tomorrow," said the Indian Army Chief.

While addressing the event, MM Naravane also praised the Bangla Independent leaders who bravely fought alongside the Indian Army to get an independent Bangladesh. He also spoke about the relationship between India and Bangladesh and termed the two nations' having "common roots." He emphasized how both countries are growing together, sharing challenges, opportunities, and destinies. "Bangladesh and India have come a long way; our friendship has stood the test of time." As neighbors with common roots, we will continue to grow together and share challenges, opportunities, and destinies," said MM Naravane. The seminar and webinar organized by CLAWS acknowledged both India and Bangladesh's leadership in the liberation of Bangladesh through the 1971 War. The day also holds special significance as both countries celebrate 50 years of diplomatic relations, which also coincides with the Golden Jubilee of the Liberation of Bangladesh and the birth centenary of Bangabandhu Sheikh Mujibur Rahman.

READ | On Nikki Tamboli's late brother's birthday, here are times when she fondly remembered him

India and Bangladesh share strong ties. Despite a few roadblocks, the two countries have shared a great rapport, which makes Bangladesh the biggest trade partner of India in the South Asian region. Bangladesh and India share a link in civilizational, cultural, economic, and social terms that unites the two countries. India has provided several concessions to Dhaka, including duty-free access to Bangladeshi products in the Indian markets. Both countries are open to trade and other economical activities strengthening the bilateral relations and economy.

READ | EXPLAINER: What is the Strategic Petroleum Reserve?