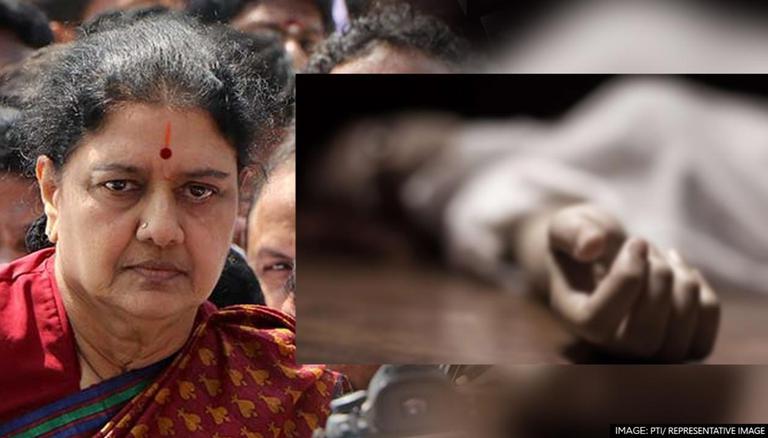 
Former AIADMK General Secretary VK Sasikala condemned sexual harassment by a school teacher in Coimbatore after which the 17-year-old victim committed suicide on Saturday. In an official statement of the party, the expelled leader demanded that action be taken against the school teacher as well as the principal involved in the crime.

Several politicians like DMK MP Kanmozhi and MNM chief Kamal Haasan have condemned the incident, demanding strict punishment to the school authorities and the accused.

The accused teacher, Mithun Chakravarthy, has been detained by the police and booked under section 306 of the Indian Penal Code and section 9L r/w section 20 of the Protection of Children from Sexual Offences (POCSO) Act. The family has alleged inaction by school authorities despite the child having raised complaints against the teacher. Massive protests were staged outside the school in RS Puram, demanding the principal's resignation. Later in the day, the Coimbatore police booked the principal on charges of not acting on the complaint by the victim. Coimbatore DCP (L&O) T Jayachandran informed that two special teams have been formed to arrest the principal and another defendant, Mira Jackson.

The victim's mother lamented, "My child was taken to counselling by one Meera madam (after the assault). The principal knows her. I don't know what happened in the counselling. The principal told my daughter to not tell anything to her parents. She has been mentally tortured for the last six months and she refused to go to school. She had told Meena madam about that sir's abuse, but she hid it."

According to sources, three people have been named by the child in her alleged suicide note - the accused teacher, a friend's grandfather and a neighbour's father. Students and former students of the private school had also staged protests demanding the principal's arrest.